Bethesda recently announced the release date of Wolfhunter, the first of two DLC expansions for Elder Scrolls Online which were unveiled at E3. With just a few weeks to go before the public launch, Bethesda has released a detailed preview. The update provides an overview of Moon Hunter Keep, one of the two new public dungeons featured in the DLC.

Moon Hunter Keep was once a stronghold of the Order of the Silver Dawn. The Order appears as a new faction in Wolfhunter. They specialize in hunting and killing werewolves. The Keep, which can be found in the northern part of Reaper’s March, has been overwhelmed and captured by the werewolf Vykosa and her pack. “Moon Hunter Keep was the central location where the Silver Dawn operated in Reaper’s March,” explains Mike Finnigan, the Dungeon Lead for Elder Scrolls Online; “From there, they would coordinate their movements and activities across the entire region.” 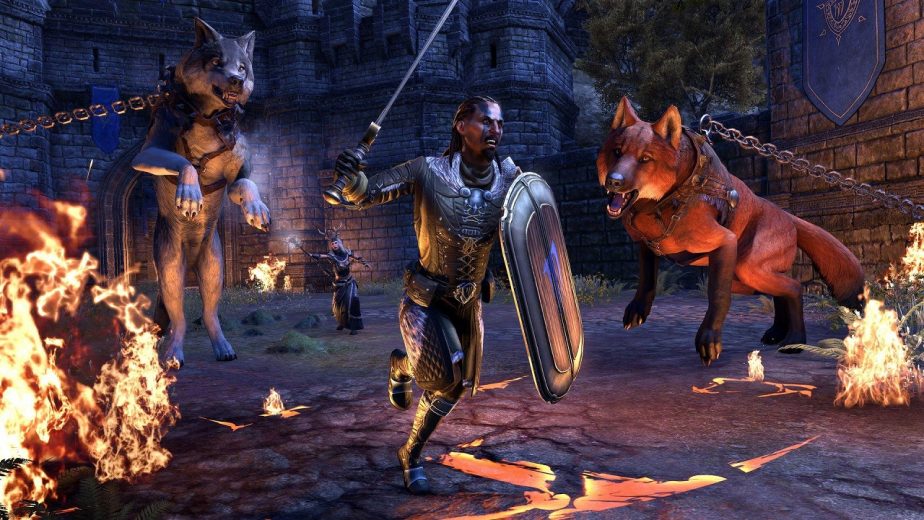 According to Finnigan, the loss of Moon Hunter Keep; “dealt a blow to the organization and their ability to respond to threats in the surrounding areas, but, more importantly, it’s also a symbolic defeat in that the very creatures they hunt have now taken over their bastion.” In Wolfhunter, players will venture to Moon Hunter Keep and go toe-to-toe with Vykosa and her werewolf pack.

“Moon Hunter Keep features a lot of tight hallways that then open to larger rooms where enemies wait in ambush;” continued Finnigan; “Its corridors and interlocking doors speak to the keep’s defensive design, and players must be careful when navigating its halls.” In addition to Vykosa, Moon Hunter Keep features four other bosses, including another werewolf called Mylene.