Bethesda recently held a press event for Fallout 76 at The Greenbrier; a historic luxury resort in West Virginia which was opened in 1778. There, journalists and others were able to play Fallout 76 for around three hours. The footage from that event has begun to release online as of today. One interesting thing which Bethesda revealed during the Greenbrier event was that a real-world fallout shelter called Project Greek Island, located beneath the resort, would feature as one of the Fallout 76 vaults.

Project Greek Island: One of the Fallout 76 Vaults

Project Greek Island was built in secret by the US government in the 1950s. The Greenbrier has long had an association with the presidency; at least 26 American presidents have stayed there during their tenures. As the resort is just a four-hour drive from Washington D.C., it was chosen to be the site of an emergency shelter for the United States Congress; a bunker to protect them in the event of a nuclear attack during the Cold War. It was kept ready for use for around 30 years, although it never saw use. In fact, its existence was only made public in 1992, when it was exposed by The Washington Post. Once the existence of the bunker was made public, it was immediately decommissioned. Now, it’s a private data storage facility. Some parts are also a tourist attraction. 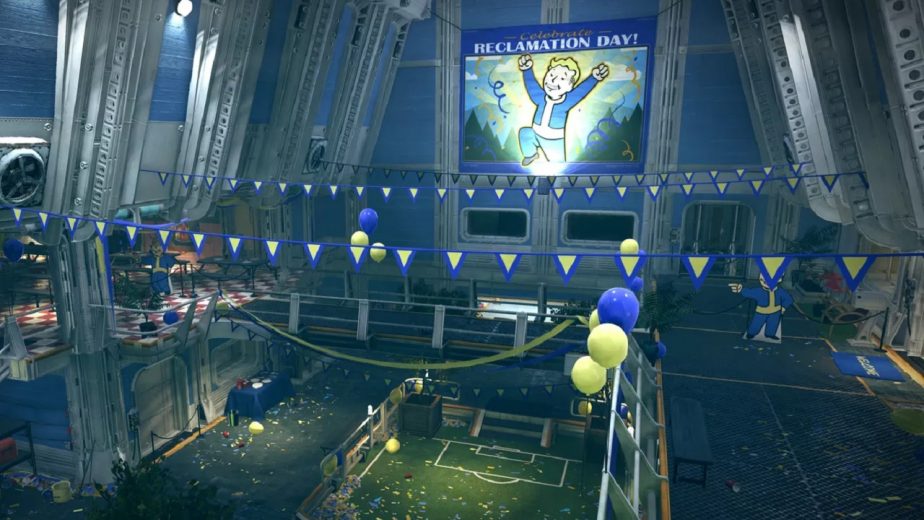 During Bethesda’s press event, guests were given a tour of the real-world bunker. According to Bethesda, the Project Greek Island bunker will actually appear as one of the Fallout 76 vaults. It’s unknown whether it will be a Vault-Tec vault or some other kind of facility. Greenbrier itself has previously been shown in trailers for Fallout 76. Until now, though, there was no official confirmation that the Cold War bunker would also appear. Given the exaggeration of the Cold War which appears in the Fallout universe; it’s easy to imagine that it could be a much larger and more important facility than in real life.