The time traveler Easter egg ties heavily into Red Dead Redemption 2’s ‘Geology for Beginners’ stranger mission. The mission can be started as early as Chapter 2 by visiting a small cabin to the northwest of Strawberry. There, you’ll meet a curious fellow named Francis Sinclair. Sinclair will use words that protagonist Arthur Morgan doesn’t seem to know, and he has an odd birthmark on his face. 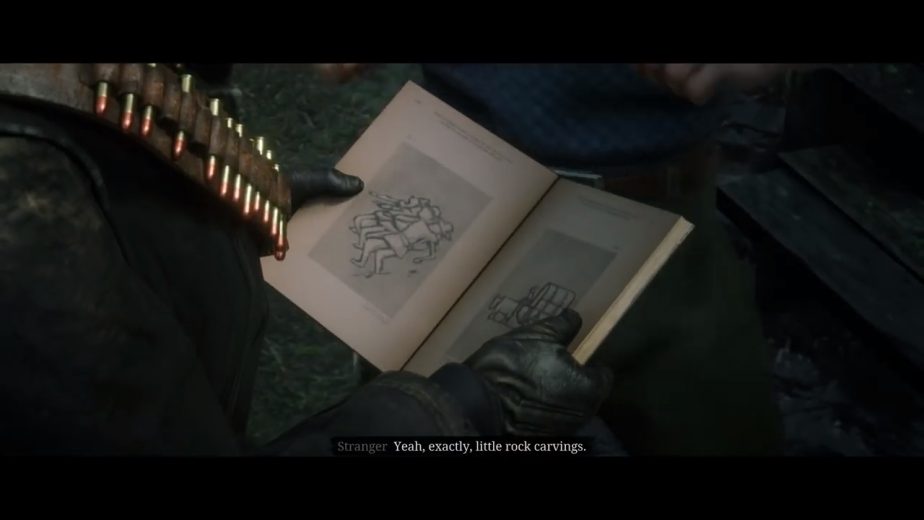 The Geology for Beginners mission involves locating a series of rock carvings for Sinclair. The carvings can be found at the following locations:

Once you find all the carvings and return to Sinclair’s cabin, a curious sight will greet you. Sinclair is gone and in his place is a woman with a baby. When questioned, the woman says her husband is dead and only she and the baby are staying at the cabin. A close-up of the baby shows a similar-looking facial birthmark, and the woman also reveals her baby’s name: Francis.