Wednesday was a big day for Overwatch’s South Korean hero, D.Va. She got her very own animated short, Shooting Star, and she also had some pretty heavy influence on a new control map set in Busan, which is already live on the game’s PTR.

But Blizzard also had a few more changes up its sleeve in the new update to Overwatch’s test server.

Most notably, an overhaul for Reinhardt’s Earthshatter ability is here. Overwatch players have voiced their disgruntled concerns about Earthshatter issues for a while now, and this fix aims to address those problems.

“We’ve given Earthshatter a complete overhaul to combat inconsistencies with its performance,” Blizzard wrote in the patch notes. “These changes will make Earthshatter’s behavior more predictable and effective.”

Among those changes are the ability to “consistently hit enemies near walls” and to “always travel up inclines and around the payload.” Earthshatter will also no longer hit enemies that “enter the damage cone after the ‘wave’ has passed that area,” and will “no longer damage enemies behind barriers blocking it, even if the barrier is later dropped or destroyed.”

Earthshatter’s consistency has proved to be a major problem in the game, but Blizzard is confident that these changes will fix that.

The newest patch also brought some updates to a few other heroes and aspects of the game. 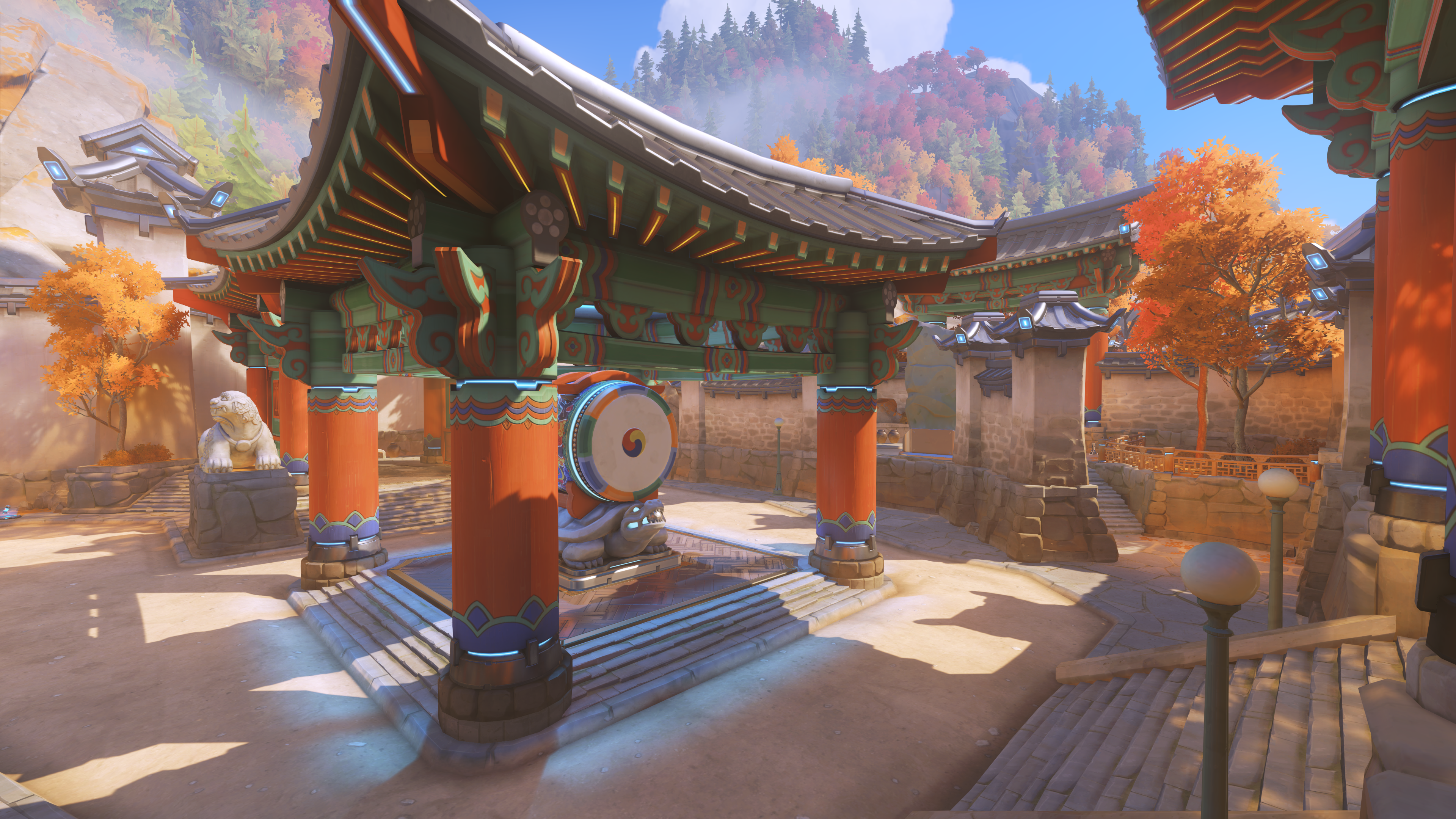 The most exciting thing on the PTR, though, is the new control map. It is set in Busan, South Korea and features three different areas: a sanctuary, D.Va’s MEKA base, and a downtown area.

During Blizzard’s Overwatch presentation at gamescom, game director Jeff Kaplan noted how much care the development team put into this map, even going so far as recording “authentic sounds” from Busan to bring the map to life.

Busan and Reinhardt’s Earthshatter overhaul will likely move over to the live version of the game in the next few months.