Shortly after Sekiro’s Chained Ogre boss fight you’ll come face-to-face with the Giant Serpent. This massive snake is certainly intimidating, and there’s really no way to fight it in the traditional sense. However, the Giant Serpent can be beaten by following this guide. 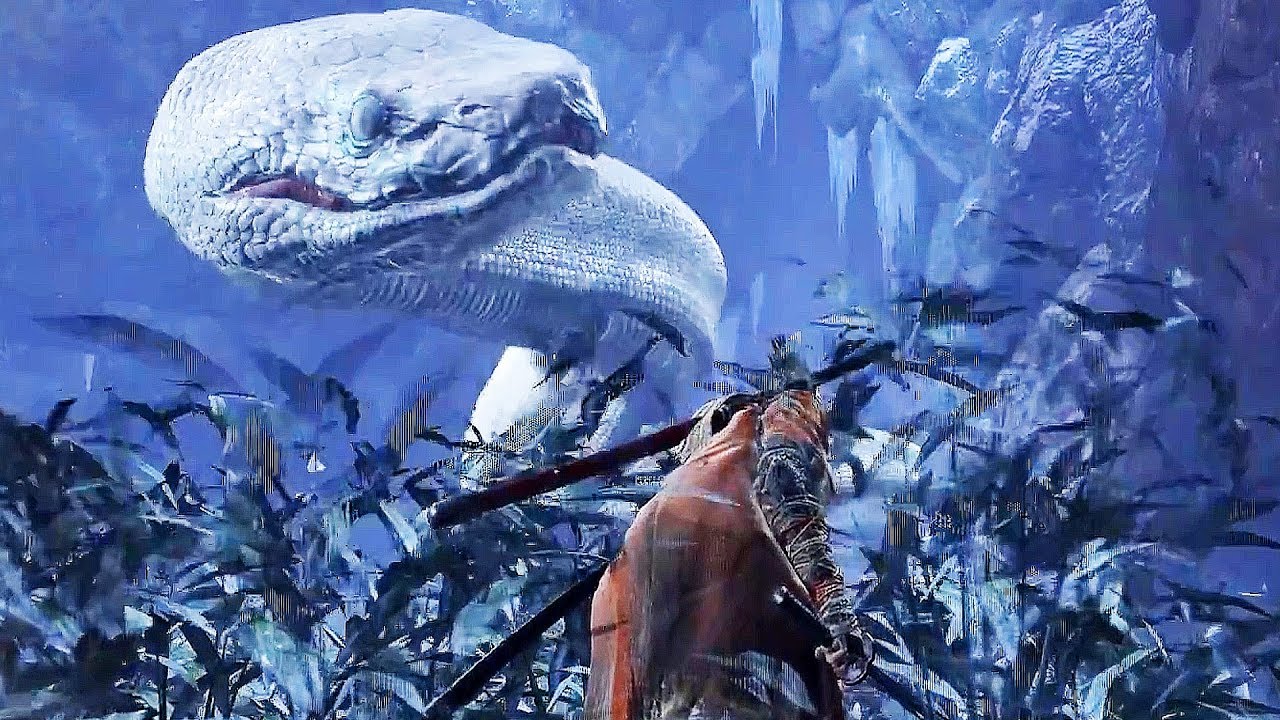 As you head down the cliffs from the Underbridge Valley Sculptor’s Idol, a loud rumble will signal the serpent’s arrival. You can’t fight the serpent since it will immediately kill you if it spots you. Instead, you need to rely on your stealth and agility to stay out of the serpent’s sightline.

During each “stage” of the encounter, stay hidden and watch the serpent’s routines closely. The serpent will slowly move its head around, checking a series of specific spots in a circular pattern. When the coast is clear, use grapple points and tall grass to advance to the next area. Just don’t go too far too fast since the serpent makes multiple appearances. Also, if you’re in tall grass, try to remain as still as possible. The serpent can still “sense” you if it moves in close but it won’t detect you if you’re perfectly still.

After shimmying across a cliff with the snake just above, you’ll spot a small palanquin you can hide in. After hiding in the palanquin, the snake will move very close so that its eye is within striking distance. You’ll receive a deathblow prompt, enabling you to stab the large beast right in its vulnerable eye. The great serpent will writhe around in agony, prompting you to make a quick exit. Head up the nearby cliff and through the cave before the serpent can strike at you.

After surviving the serpent encounter you can freely return to the cliffs without fear of meeting it a second time. Chances are there were some items you missed while avoiding the massive snake so you should make a return visit. After the Great Serpent the next boss on your list will likely be Gyoubu Oniwa.