Love explosives and wish that Fortnite had more of them? Then you are in for a treat. Epic Games recently announced that players are going to get to use dynamite on their opponents.

What We Know About the New Fortnite Dynamite

The announcement about the dynamite showed up in the in-game News. Labeled, “Coming Soon,” it includes a picture of the dynamite along with a short message which reads, ” Light the fuse and wait for the boom.” 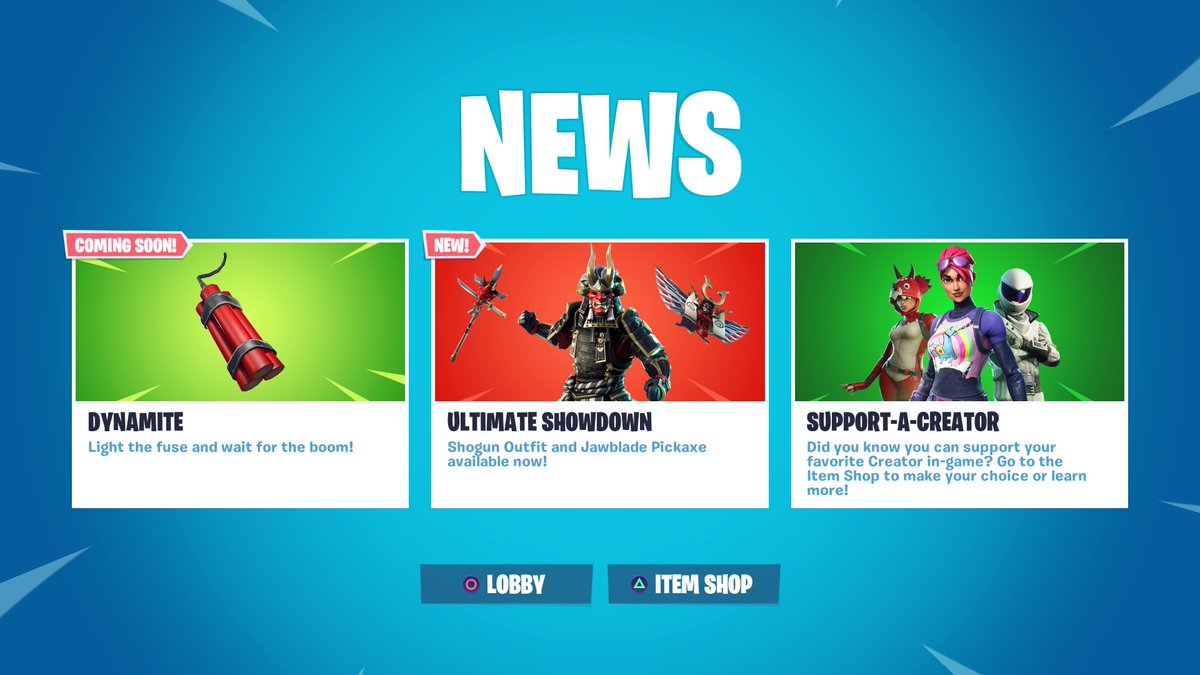 Thus far, this is all that Epic Games has confirmed about the new weapon. We do not know when it will become available, how long will have to wait for to explode, or how much damage it will conflict. It does seem likely based on past announcements of new items however that we may be able to use the Dynamite within the next week or two.

We also have no idea which game mode(s) we will be able to use it in. It could be that the team intends for us to use it in Battle Royale, but it may be destined for other modes instead or as well. Rumors have been flying around about a new “Wild West LTM.” There is no confirmation of such a mode as of yet, but it would be easy to picture the dynamite fitting right in.

How likely is it that the dynamite will be available in Battle Royale? Well, it is hard to say considering the Remote Explosives went into the vault a season back. Perhaps the team is looking to replace them with the dynamite. But again, the fact that they were vaulted in the first place makes us question that theory.

While you are waiting for dynamite to arrive in Fortnite, keep up with our Fortnite news, updates and rumors. There is always a great deal going on in the world of Fortnite, and we add new updates on a frequent basis.