Open-world games are increasingly dominating the yearly release schedule. As such, developers often aim to make “the biggest” game map, or exceed some other past record to show how their open world is better than those which have come before. With all of that competition, the records for biggest video game maps have changed frequently in recent years. So, as it stands in September of 2018; which titles feature the biggest video game maps. For other Top 10 listings here at VGR, check out our listing for the Top 10 biggest video game companies.

Determining which video game maps are the largest isn’t exactly a simple topic; it all depends on how the term is defined. For the purpose of this list, the term, “biggest video game maps,” is specifically used to refer to one sort of map. That is, the largest continuous open world maps. For instance, games like The Witcher 3: Wild Hunt and Dragon Age Inquisition have very large maps, but the maps span several different world-spaces which players must load between. Any games with maps such as that have been discounted from this listing. Procedurally-generated maps have also been discounted. Ultimately, the terms for this list are highly subjective, but this list seeks to determine the largest worthwhile open worlds. 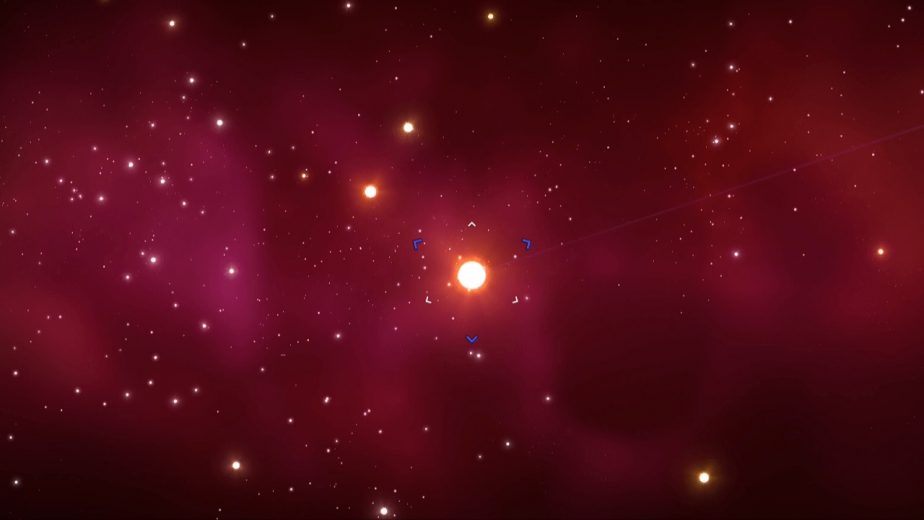 As a secondary rule, any maps which feature a very low ratio of in-game content to map size have also been discounted. For example, many driving games, or tactical simulators like Arma, have very large maps which feature relatively little content for players to engage with. Assassin’s Creed IV: Black Flag, meanwhile, features the largest map of any Assassin’s Creed title; however, the majority of the map consists of open ocean with very little unique content. No Man’s Sky, on the other hand, has by far the largest of all video game maps. However, its ratio of content-to-area is skewed very heavily in favor of area.

Exceeding the size of both Far Cry 3 and Far Cry 4 by just a single square mile, the Far Cry 2 world map spans around 19 square miles. Dwarfed by the later entries on this list, the Far Cry 2 map nonetheless boasted a high content-to-area ratio. Although the series would not explode in popularity until the launch of Far Cry 3, it was Far Cry 2 which nevertheless laid the groundwork for what the Far Cry series would become; every Far Cry game since 2 has followed a similar structural formula in an open world setting, and it was the second entry which helped to establish that structure.

#9: The Legend of Zelda: Breath of the Wild

While the map for The Legend of Zelda: Breath of the Wild certainly seems vast in-game, the map’s area only spans around 23.5 square miles. However, that makes it the largest Legend of Zelda map ever made; notably bigger than that of The Wind Waker, which was 16 square miles. While the map may not be as large as some of the later entries on this list, it should be noted that the added verticality due to the game’s climbing mechanics serve a key role in making the map feel larger. The game released for the Nintendo Switch in March of 2017. This makes it the largest video game map to ever feature in a Nintendo Switch title. 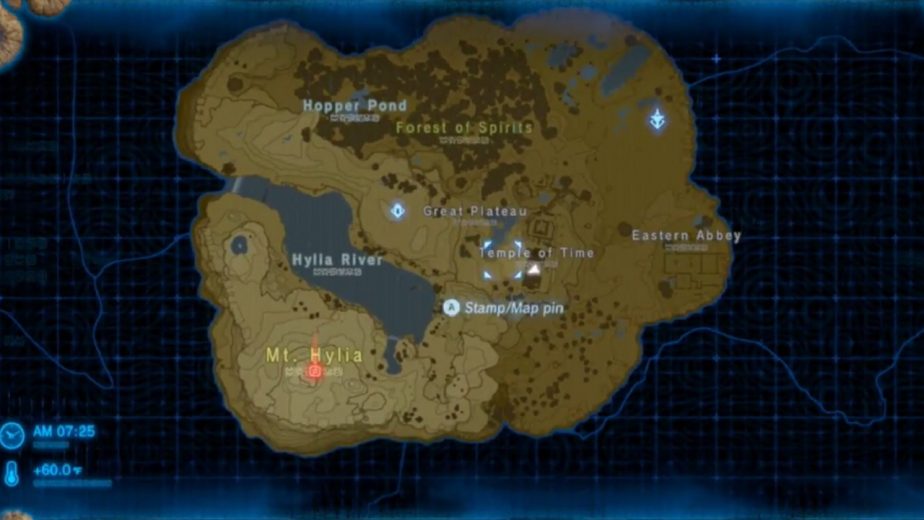 Grand Theft Auto V, which first released in 2013 for the PlayStation 3 and Xbox 360, and later for the PS4, Xbox One, and PC, remains one of the most successful games ever released. It features the largest world map ever included in a Grand Theft Auto title; around 31 square miles. Fortunately, players have a wide array of vehicles with which to get around in Los Santos. In fact, Rockstar intentionally included vehicle types like fixed-wing aircraft which had been absent in previous franchise entries, purely to help players traverse the map quickly. 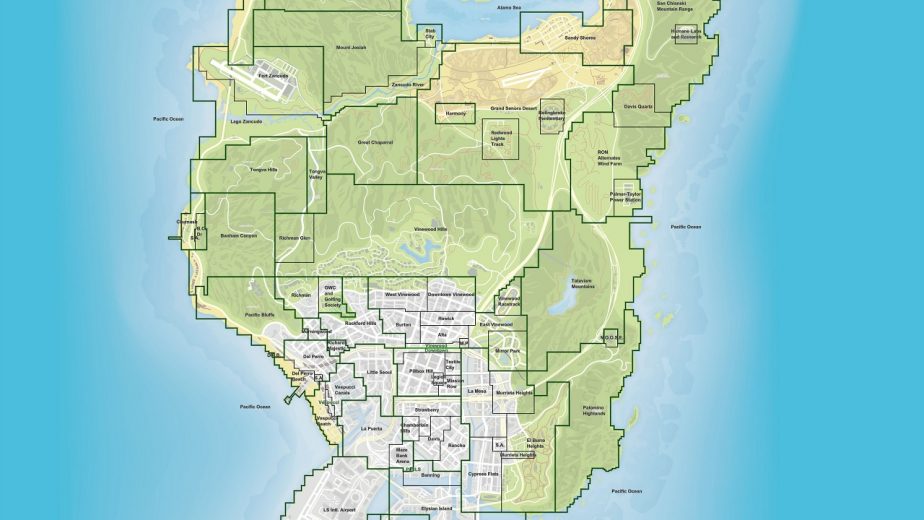 Released by Ubisoft in late 2017, Assassin’s Creed: Origins was the first Assassin’s Creed game to feature significant RPG elements. The game’s map spans around 32.8 square miles. While the map is technically only one-third of the size of the map which features in Assassin’s Creed IV: Black Flag, the majority of Black Flag’s map consists of open ocean. As such, it was not included in this list. Assassin’s Creed Odyssey appears to be taking many cues from Origins, and it remains to be seen whether the map will be of a similar, or even greater size. 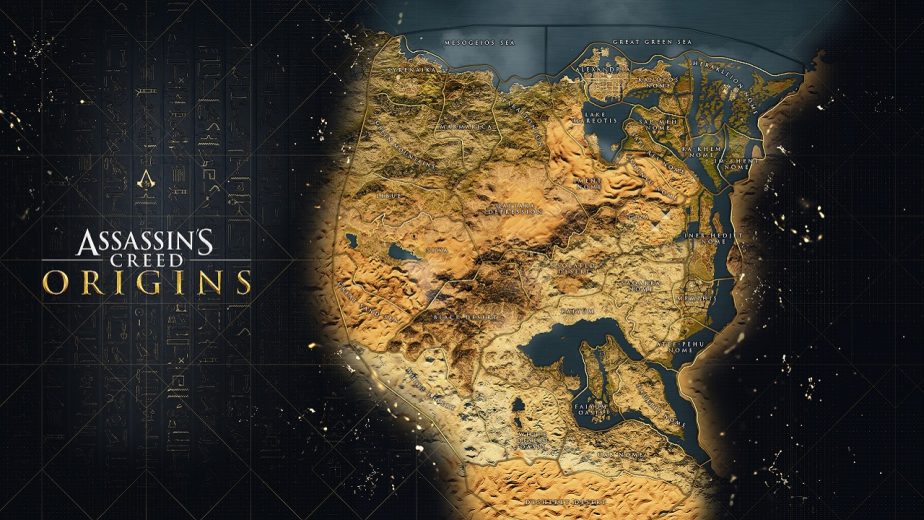 Although ten times smaller than Final Fantasy XV (see below); the world map which featured in Final Fantasy XI still spanned an impressive 70 square miles. Released in 2002 for the PlayStation 2 and PC, Final Fantasy XI was an MMORPG which required players to pay a monthly subscription. It was in fact the very first MMORPG to feature cross-platform play, between PCs and the PlayStation 2. The game continued to update all the way through to 2015, when the final update, “Rhapsodies of Vana’diel” was released. However, the game’s online servers for both PS2 and Xbox 360 were shut down in 2016. Square Enix reportedly has plans to develop a mobile version of the game. 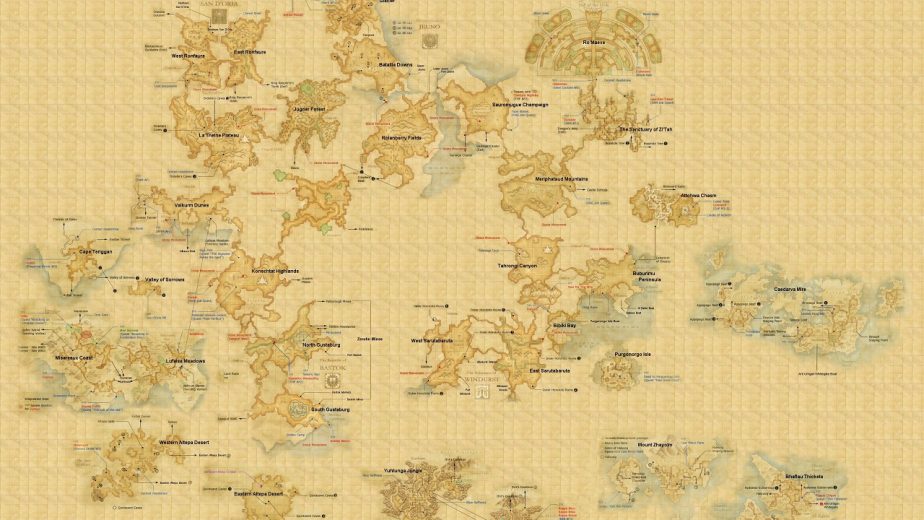 First released in 2014 by Pearl Abyss, after entering closed beta testing one year prior, Black Desert Online is a Korean MMORPG. The game didn’t receive a North American or European release until 2016. The game is free-to-play, and one of the more successful MMO titles of recent years. In North America and Europe alone, the game has around 3.4 million registered players, as of March last year. The game’s map spans around 154 square miles, making it the largest continuous MMO map. 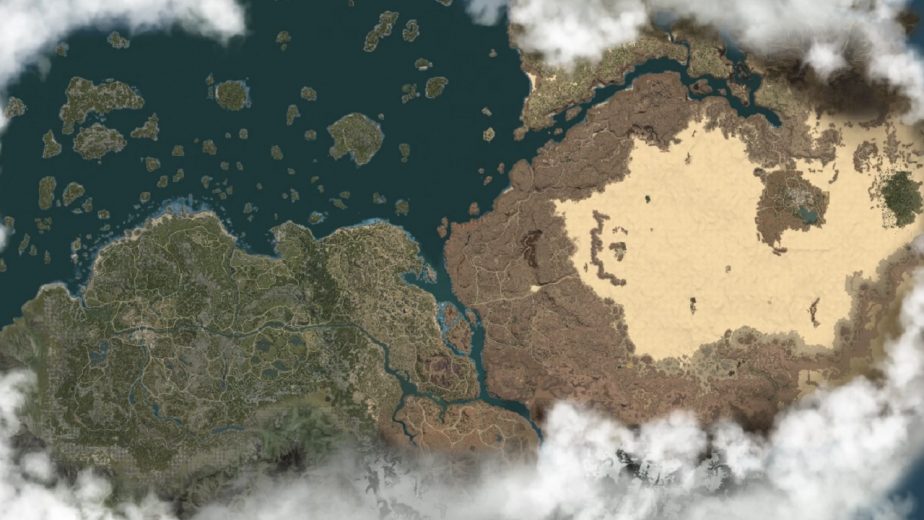 Xenoblade Chronicles X was released for the Nintendo Wii U back in 2015, developed by Monolith Soft. The game’s map, which spans all five continents of the world of Mira; an uncharted planet inhabited by alien species, and being settled by humans fleeing the destruction of Earth. All told, the map in Xenoblade Chronicles X is around 154 square miles. It was one of the only open world games ever released for the Wii U. 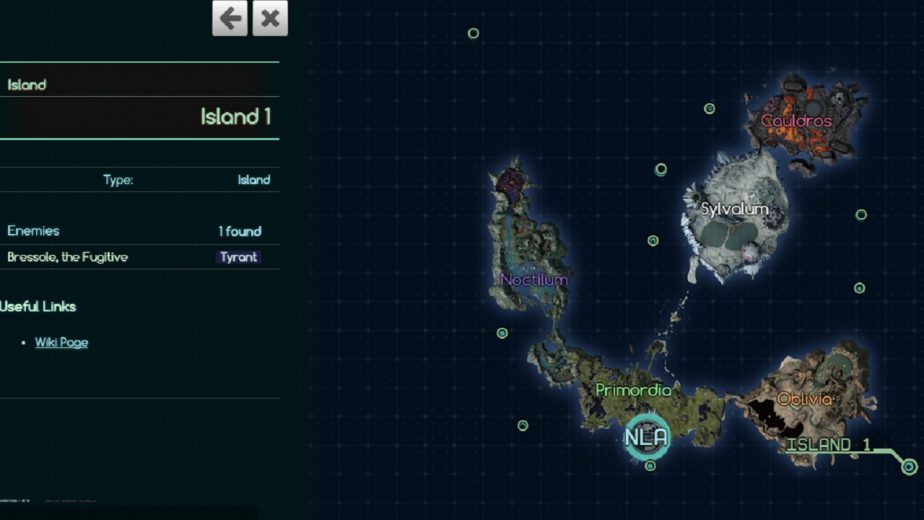 Released in March of last year, Ghost Recon Wildlands features the largest open-world map Ubisoft has ever made. The sheer size and scale of Wildlands’ map meshed well with the inclusion of multiplayer; the map is around 170 square miles in total. The game was the tenth entry in the Ghost Recon franchise. It was was also the first to feature an entire open world. 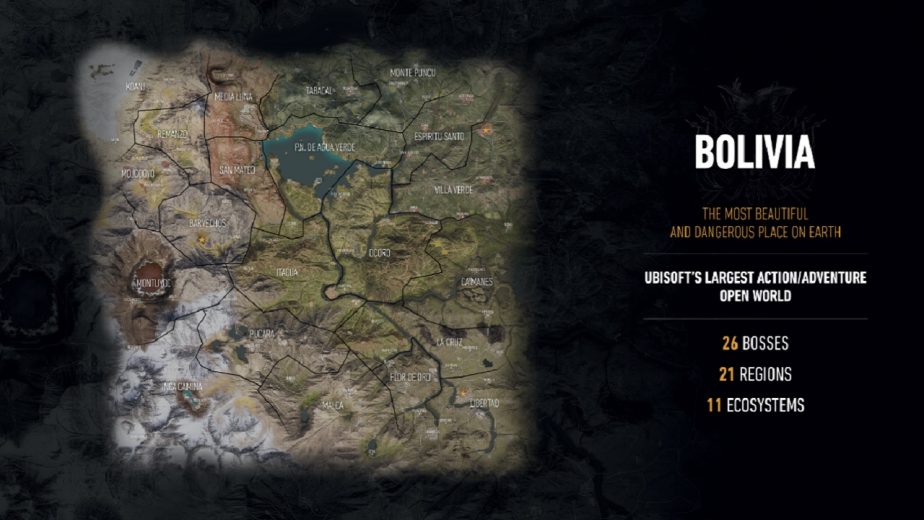 When the game first released, the government of Bolivia actually filed a formal complaint with the French embassy in La Paz over the game’s depiction of the nation. Ubisoft responded by making clear that the violent world depicted in Wildlands was a work of fiction, but noted that; “Bolivia was chosen as the background of this game based on its magnificent landscape and rich culture. While the game’s premise imagines a different reality than the one that exists in Bolivia today, we do hope that the in-game world comes close to representing the country’s beautiful topography, and that players enjoy exploring the diverse and open landscapes it moved us to create.”

The largest map in the Just Cause series, although it remains to be seen if the next upcoming entry will exceed Just Cause 3’s record; the map in Just Cause 3 is around 390 square miles in size. Fortunately, players have no shortage of ways to get around quickly, from cars and tanks to attack helicopters and Rico’s own personal jet-powered wingsuit. (Introduced in the Sky Fortress DLC.) Given the emphasis placed on the weather system in the upcoming Just Cause 4; it seems likely that the game’s map will be a similar size at the very least. Just Cause 3 was released back in 2015, so Square Enix has had plenty of time. 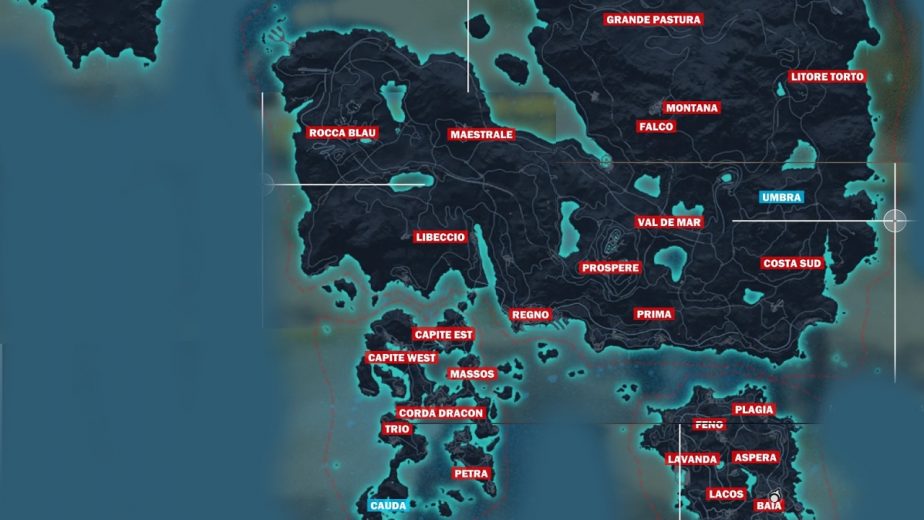 The largest of the many video game maps by an enormous margin, the world of Final Fantasy XV is around 700 square miles. As is the case with many maps, of course, there is a distinction between size and content. However, few could dispute that Final Fantasy XV has content to spare despite its size. The game was launched by Square Enix in 2016, and for PC earlier this year. Players are able to traverse the vast landscape via point-to-point fast travelling, by foot, or in “Regalia,” the main party’s car. 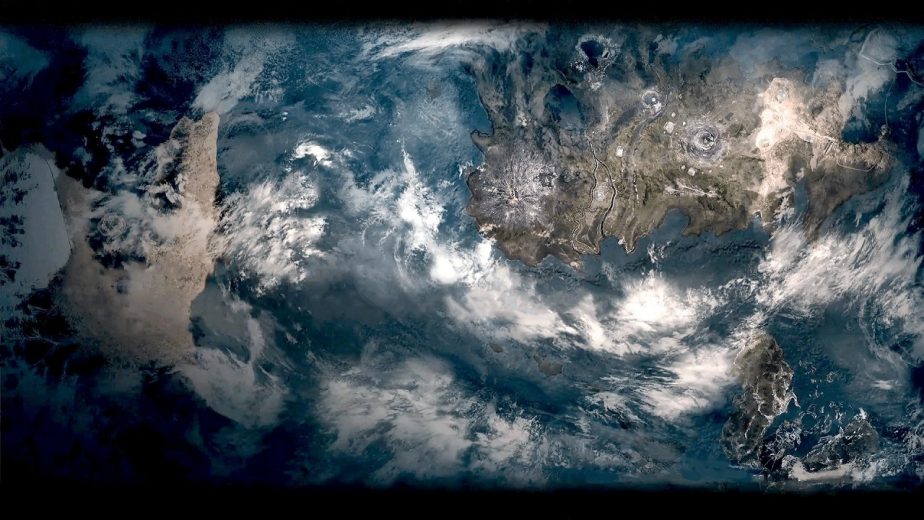