Known as “The Ironfist General,” Gongsun Zan is one of the eleven Three Kingdoms heroes which players can choose to start as in the campaign of Total War’s next instalment. He takes his place alongside major characters like Cao Cao. However, as the protector of the northern borders, he could play an important role indeed, especially given that he is a childhood friend of Liu Bei. He is one of the most warlike starting heroes, and is a member of the fearsome Vanguard class.

“In the cacophony of rising chaos,” says Creative Assembly; “Gongsun Zan is heard like a clarion call above the fray. He stands firm in his beliefs and is unafraid to do what he feels is right. A childhood friend of Liu Bei, Gongsun Zan earned a reputation as a fierce warrior, defending the empire against foreign foes beyond the border.” 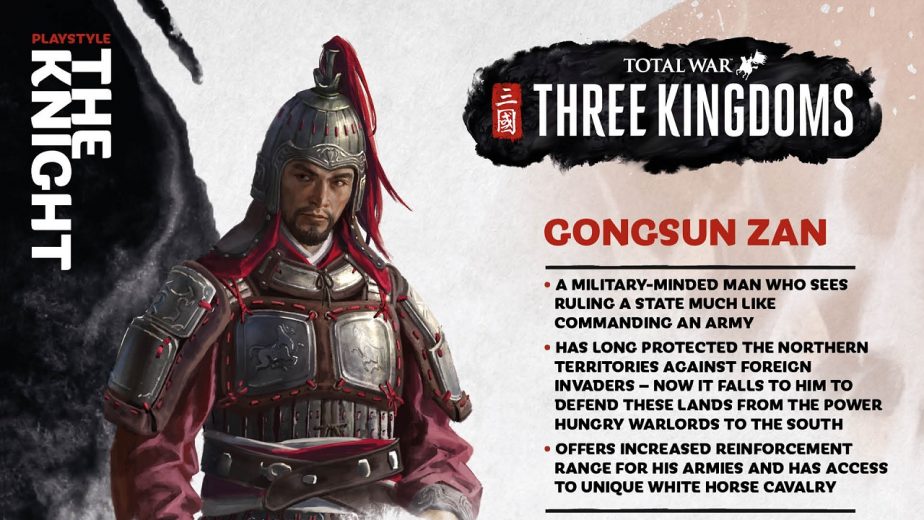 Each of the different Total War: Three Kingdoms heroes has one of five classes; the Champion, Commander, Sentinel, Strategist or Vanguard. Gongsun Zan is a member of the final class, one of two Vanguards among the eleven starting heroes, alongside Ma Teng. Given that Vanguards are generally seen as the best frontline leaders, the class makes sense for this ruthless general. As one might expect, his playstyle puts a big emphasis on the military. So much so, in fact, that even his civic offices are overseen by his military commanders; “Gongsun Zan doesn’t have access to administrators,” explains Creative Assembly; “but instead has his civic matters overseen by the commanding generals of his armies – who also provide bonuses to the commanderies in which they’re stationed.”

Gongsun Zan starts in Youbeiping Commandery on the north side of the map. His starting dilemma is how to deal with Liu Yu, a rival who is also tasked with protecting the border, but who is far more lenient towards the Wuhuan and Xianbi tribes. At the start of the campaign, Liu Yu is an ally of the tyrant Dong Zhuo. Meanwhile, Yuan Shao seeks the Ironfist General’s aid…

As a Vanguard, Gongsun Zan has ready access to shock cavalry. However, his faction’s shock cavalry come with heavier armour, making them even tougher in battle. However, this is a unique bonus provided by Gongsun Zan himself. If he dies, the bonus is lost. Continuing the theme of cavalry, his faction also gains a unique cavalry unit called “White Horse Archer Cavalry”. These riders are among the most powerful horse archers in the game. 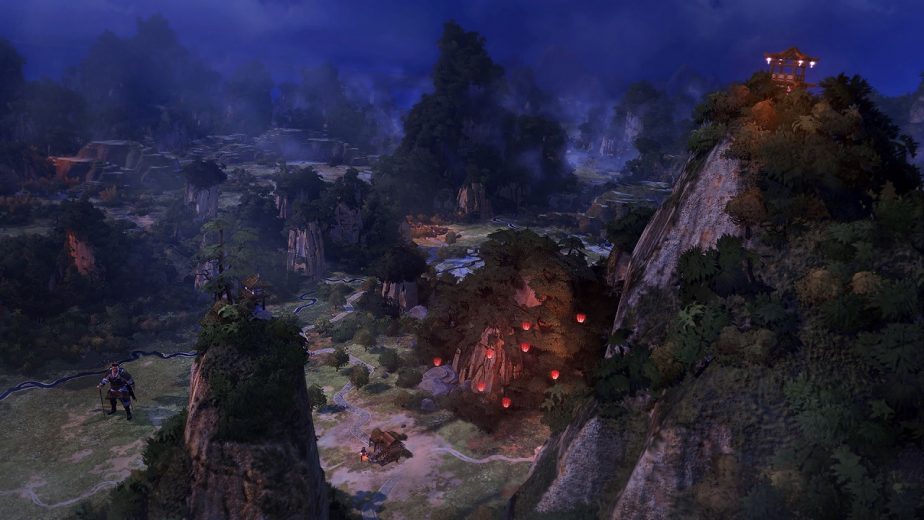 The unit is inspired by a tale from Romance of the Three Kingdoms, where Gongsun Zan became known as the ‘White Horse General’. Upon learning that the northern Chinese tribes believed that white horses were sacred, he had his best cavalry all ride upon white horses; thus giving them the name ‘White Riders’. As such, the northern tribesmen wouldn’t dare kill his white horses in battle. In fact, they would often flee from his cavalry instead of fighting.

Creative Assembly has revealed the names, but not the specifics, of Gongsun Zan’s four Special Abilities. At present, we don’t know exactly what they all do, but fans can certainly make some educated guesses based on their descriptions: