With every new DLC release, Ubisoft has consistently added new assets and content to Far Cry 5‘s Arcade mode; the online multiplayer and map creator toolset part of the game. Fans have used Arcade to make some impressive creations, and Ubisoft recently added a host of new assets to the mode; all taken from Far Cry 3: Blood Dragon, the well-known Far Cry 3 DLC.

The asset release comes shortly after the launch of the Dead Living Zombies DLC for Far Cry 5. Ubisoft added assets from that DLC to Arcade mode several weeks ago in conjunction with a game update. That DLC actually had a connection to the Blood Dragon DLC, in that one of the namesake Blood Dragons actually appears during it; the DLC’s scenarios are narrated by Guy Marvel, a fictional film director in the Far Cry universe who supposedly directed the “Blood Dragon” movies. Although principally zombie movie pitches, one of the scenarios ends up featuring a blood dragon too. 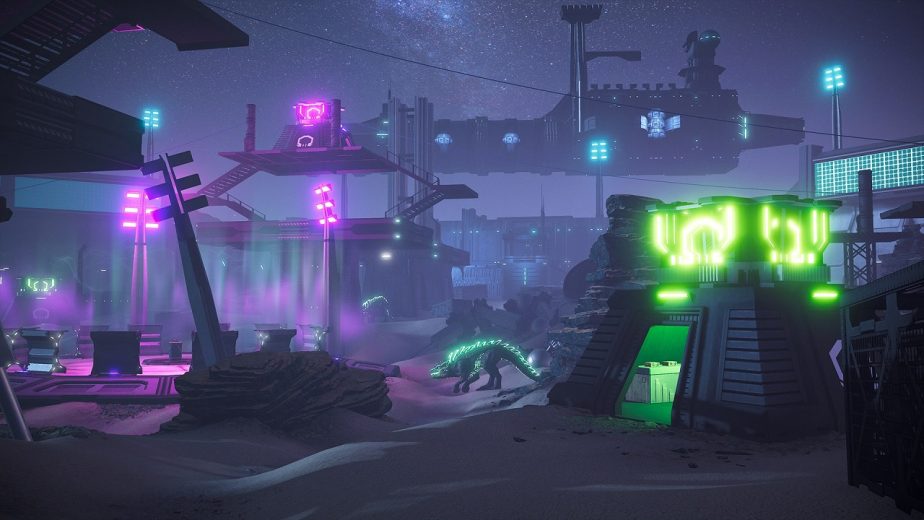 Now, players can use the terrifying beasts themselves in the game’s Arcade mode; “Blood Dragons, Omega troops, and a slew of objects and structures from Far Cry 3: Blood Dragon recently arrived in Far Cry Arcade,” says Ubisoft; “letting Far Cry 5 players create and share their own retro sci-fi scenarios with the community.”

The new assets also come alongside several new pre-made maps; “In the Passage map,” explains Ubisoft; “the team has mashed up all of Far Cry Arcade’s post-launch additions into one adventure, combing elements from Hours of Darkness, Lost on Mars, and Living Dead Zombies before bringing players face to face with a Blood Dragon. Blood Dragon Arena, meanwhile, is a deathmatch map created using Blood Dragon assets. Both maps will be available free as part of the latest updates.”