One of the many ways in which the upcoming Assassin’s Creed Odyssey will allow players to shape the game’s narrative is by choosing the protagonist’s gender, with options including the male Alexios or female Kassandra. For the most part, the Assassin’s Creed series has been dominated by male protagonists, but starting with Odyssey, Ubisoft says it wants the choice between male and female to be the new norm. 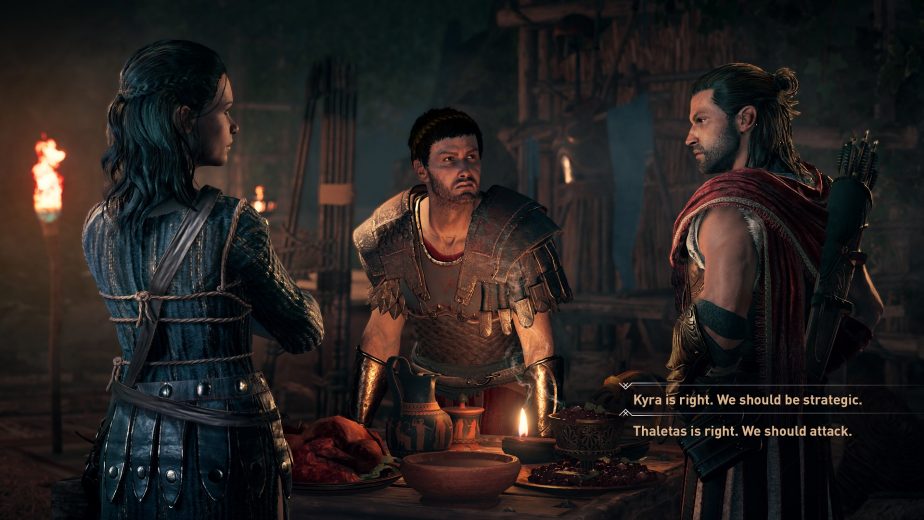 Speaking in a recent interview with GI.biz, Odyssey game director Scott Philips discussed how the game is very much acting as a sort of turning point for how much the Assassin’s Creed series embraces the idea of proper representation. As Philips himself puts it, it would be foolish for Ubisoft to regress after players are allowed to pick the gender of their protagonist in Odyssey:

“I think it would be a mistake to limit our players, limit our fanbase from as many people as possible. I don’t know why we would go back. We should continue pushing in this direction, bring in more players, more fans to enjoy this experience and make it their own experience.”

It certainly seems as if Ubisoft has come a long way after a 2014 blunder in which one developer tried to justify the lack of playable female avatars in Assassin’s Creed Unity by essentially saying that implementing female models would require too much extra work (despite the fact that earlier Assassin’s Creed games had already featured playable female characters). Previous Assassin’s Creed games such as Liberation (a spin-off game) and Syndicate (which featured sibling protagonists) have put a female Assassin in the starring role, but Odyssey will be the first time that a female character can serve as the sole protagonist of a mainline entry in the franchise.

Players will be able to decide for themselves whether they want to control Alexios or Kassandra when Assassin’s Creed Odyssey launches next Friday, October 5. In the meantime, be sure to check out all of the cool bonuses that will be included in Odyssey’s season pass.