The UFC 232 Jones vs. Gustaffson pay-per-view arrives on Saturday (Dec. 29) from The Forum in Inglewood, California. It features the huge main event between MMA stars Jon “Bones” Jones and Alexander Gustaffson. Plenty of fans are looking forward to seeing Jones triumphant in the Octagon, while others are wanting to see Gustaffson destroy him. A preview of what the final outcome might be has arrived thanks to EA Sports UFC 3 and a new simulation video.

Two of the top MMA stars on the UFC 3 roster will battle it out in California. However, ahead of their impending Light Heavyweight clash, there has been controversy involving Jon Jones. He hasn’t been in the Octagon since July 29, 2017, against rival Daniel Cormier. Initially, Jones won that UFC Light Heavyweight title thanks to a knockout. However, the fight result was overturned after Jones had positive tests for using turinabol. 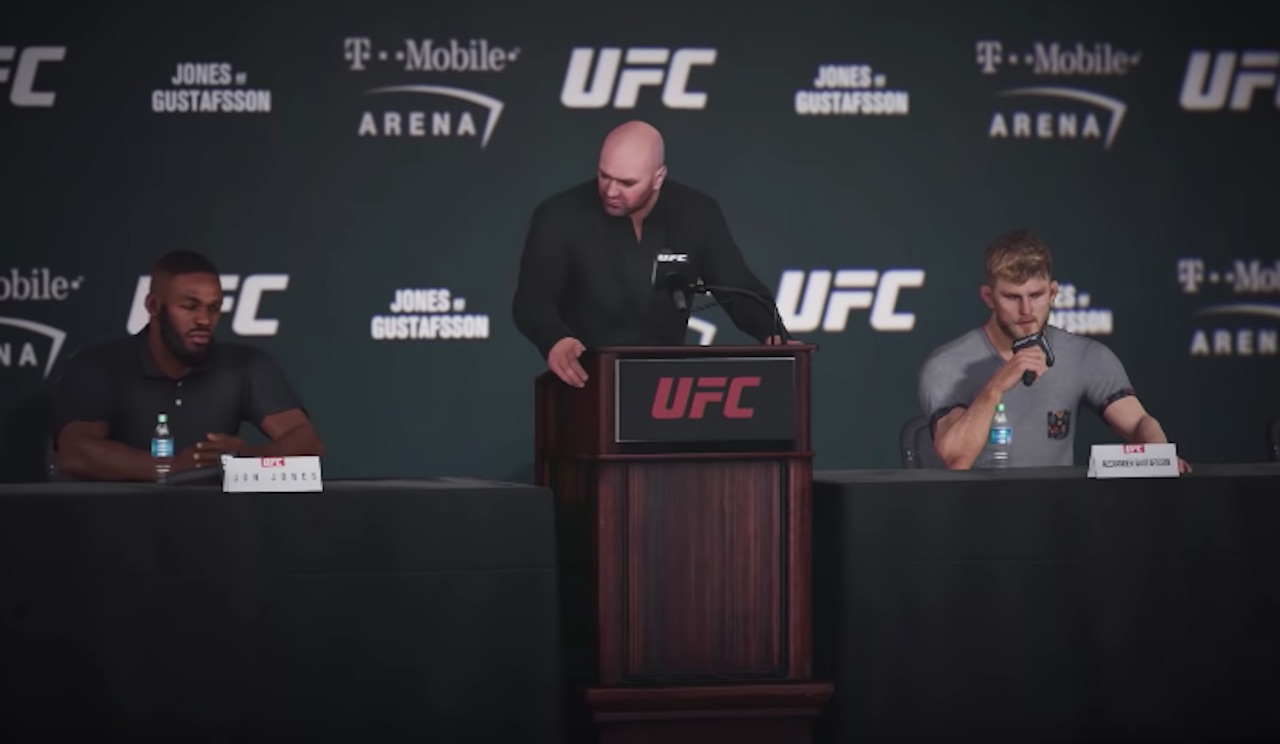 The UFC 232 pay-per-view was originally set to take place in Las Vegas, Nevada. However, due to Jones having licensing issues there, they had to relocate to Los Angeles. There wasn’t enough time to have a hearing about Jones’ Dec. 9 test results to keep things in Vegas. He heads into the event with a 22-1-1 record including nine knockouts, six submissions, and seven decisions.

Meanwhile, Gustaffson is coming into the fight as the No. 2 overall fighter in the weight class. He’s been there since 2007 and racked up a record of 18-4 including 11 knockouts. He’s also coming in on a two-fight win streak with his last arriving back in May 2017 versus Glover Teixeira.

As of this report, Jones was a -285 favorite at some sports books, with Gustafsson a +225 underdog. However, fight fans know that sometimes there can be crazy outcomes in these main event battles.

On Friday (Dec. 28), the EA Sports UFC 3 Twitter posted a brand new highlights video (below) for the simulation they ran between Jones and Gustafsson. Check it out below to see highlights of what might happen Saturday night.

Five years in the making. It's time to run it back! @JonnyBones VS @AlexTheMauler 👊💥☠️ #UFC232 pic.twitter.com/qgQzyMeKKW

Gamers who own EA Sports UFC 3 title may decide to run their own simulation as well ahead of this exciting main event. Also check out, the Cyborg vs. Nunes simulation that they ran for the co-main event. The UFC 232 pay-per-view arrives on Saturday, December 28 with a start time of 7 p.m. Pacific Time (10 p.m. Eastern Time).

Get more information for UFC 3 and other popular games at the VGR video game news section.