During Bethesda’s E3 presentation, Todd Howard presented a series of trailers for Fallout 76. During one of those trailers, which gave players a glimpse at the West Virginia setting, the veteran director explained that the developers had used West Virginian folklore to inspire new monsters and mutants for the game. Among the monsters glimpsed in the game’s trailers was the bizarrely-named “Snallygaster”…

The Snallygaster in American Folklore

The snallygaster is a strange creature from American folklore. While it isn’t unique to West Virginia, tales of the creature center around Washington and Maryland, close to Fallout 76’s state setting. The name originates from German; “Schneller Geist”, which translates to English as “Quick Ghost”. These early tales originated among German settlers who arrived in the region during the 1730s. Their stories described it as a demonic, bird-like creature with a metallic beak filled with teeth. Supposedly, the monster sucked the blood from victims which it snatched up in the dead of night. The settlers painted seven-pointed stars on their barns in the belief that it would keep the beast at bay. 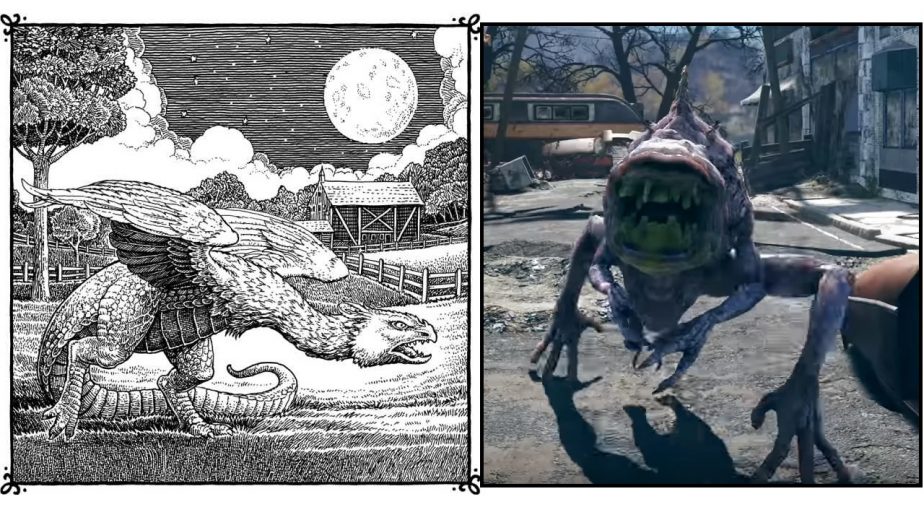 These tales died down during the 19th century, but saw a resurgence in the 20th. In 1909, locals reported seeing a bird-like monster with; “enormous wings, a long pointed bill, claws like steel hooks, and an eye in the center of its forehead”.  They said that it made a sound “like a locomotive whistle”. Their claims received so much attention that the Smithsonian Institution actually offered a reward for the monster’s hide. President Theodore Roosevelt even considered hunting it. However, the 1909 reports were later found to have been a hoax; the work of a local editor and reporter who were attempting to increase their newspaper’s readership.

The Snallygaster in Fallout 76

Fallout 76’s mutated “Snallygaster” appears to differ from the creature of Maryland folklore slightly in that the monster is not especially avian. It appears to lack wings of any kind. However, several winged creatures have appeared in Fallout 76’s trailers, so there could be an alternate winged version of the creature. The version which has so far been confirmed appears to be a gangly, misshapen creature with an over-sized maw and four, arm-like limbs. Rather than a “metallic beak” its teeth are contained within a bulbous, fleshy mouth. 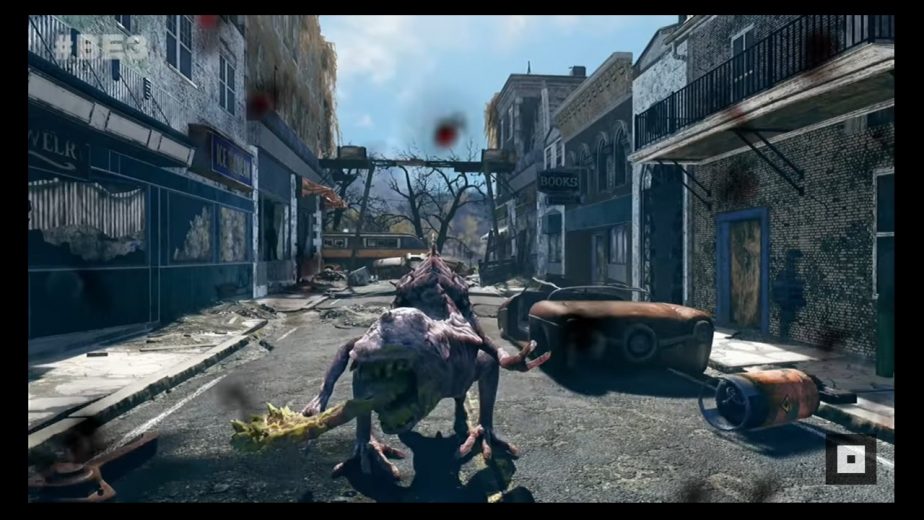 Seemingly lacking eyes, the horribly mutated creature has a particularly vile attack; it opens its mouth and spits out a long, distended tongue covered in putrid yellow muck. The snallygaster then lashes at the player with this club-like appendage, giving it a sudden boost to its close combat reach. It’s unknown how dangerous the Fallout 76 snallygaster is. However, it certainly looks like it could be one of the game’s most off-putting new enemies.