After a month-long delay, Battlefield 5 is finally due to launch on the 20th of November. In preparation for the launch, players who have pre-ordered the title will no doubt want to pre-load the game to avoid having to wait through a lengthy download on launch day. Fortunately, DICE has now revealed the Battlefield 5 pre-load times, and there’s good news for Xbox owners. 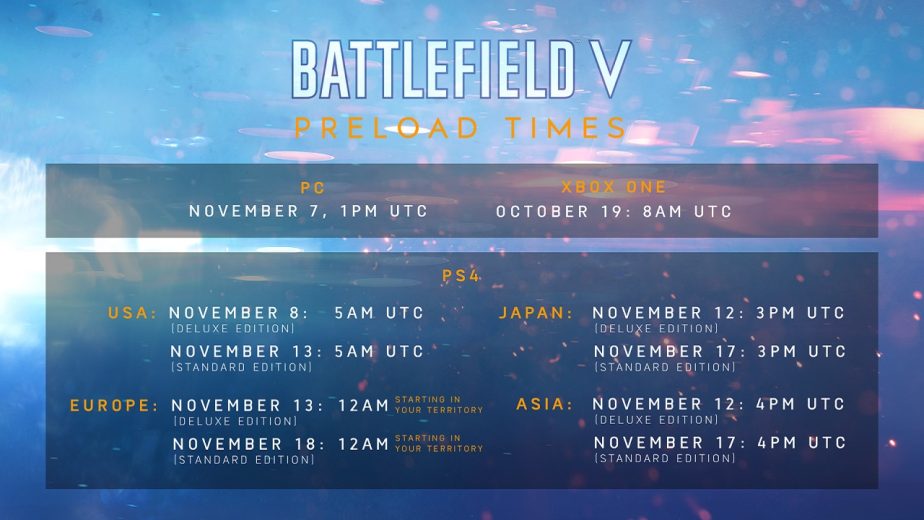