NVIDIA recently revealed details for the upcoming GeForce RTX2060 graphics card, and among the new information was an indication that a new high-end option will become available for Battlefield 5 on PC. Specifically, NVIDIA plans to add support for Deep Learning Super Sampling, otherwise known as DLSS.

The RTX series of graphics cards have already enabled one major new feature in Battlefield 5; Ray Tracing. This highly impressive graphics option is currently only available through these RTX cards. While only a small number of gamers are likely able to experience it, they do offer extremely realistic reflections and more. According to NVIDIA, DLSS support will run concurrently with RTX. As initially reported by DSOG, DLSS support for RTX cards has thus far only been announced for Battlefield 5. There aren’t many games which currently offer ray tracing support, but of those that do, it’s unknown whether they will also add DLSS support in the future. 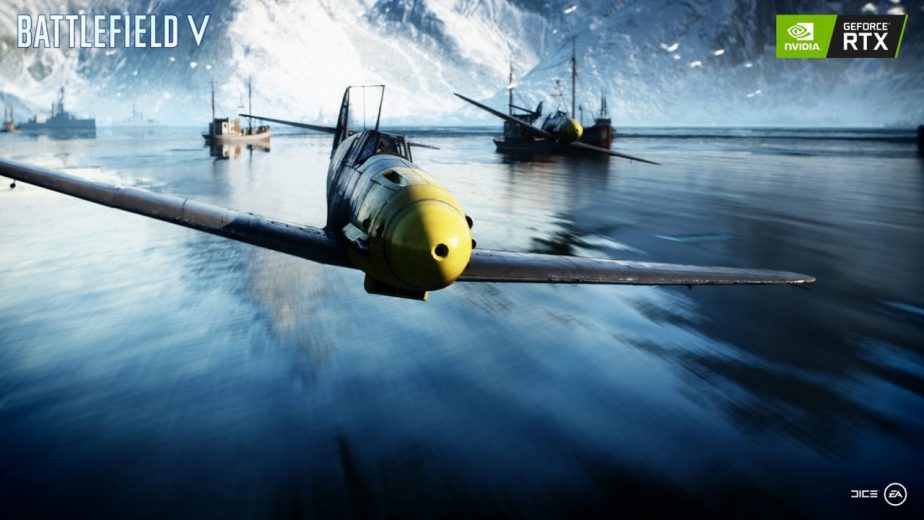 Some games only offer DLSS support in 4K resolution, but Battlefield 5 will actually offer it in 1080p as well. The role of DLSS isn’t always clear; “DLSS leverages a deep neural network to extract multidimensional features of the rendered scene and integrally combine details from multiple frames to construct a high-quality final image,” says NVIDIA; “DLSS uses fewer input samples than traditional techniques such as temporal anti-aliasing (TAA) while avoiding the algorithmic difficulties such techniques face with transparency and other complex scene elements.”

For all intents and purposes, DLSS provides general performance enhancements and improves the quality of images. Rather than using older and more processing-intensive techniques; DLSS theoretically frees up processing power by getting the same or better results in a more efficient way. While it may not work in every case, this could in theory improve the frame rate, among other benefits. Battlefield 5 will be one of the first games to implement DLSS, which was first used earlier this year.