One of the major new features coming in Battlefield 5 is the game’s new weapon specialisation system. It allows players to upgrade their firearms as they progress through the game in a way which doesn’t impact the visual appearance of the gun. While the system has received a lot of attention, there is actually a Battlefield 5 Vehicle Specialisation system as well; players will be able to upgrade and customise their vehicles. Cosmetic customisation options for vehicles will be a feature eventually as well, but won’t be available at launch. 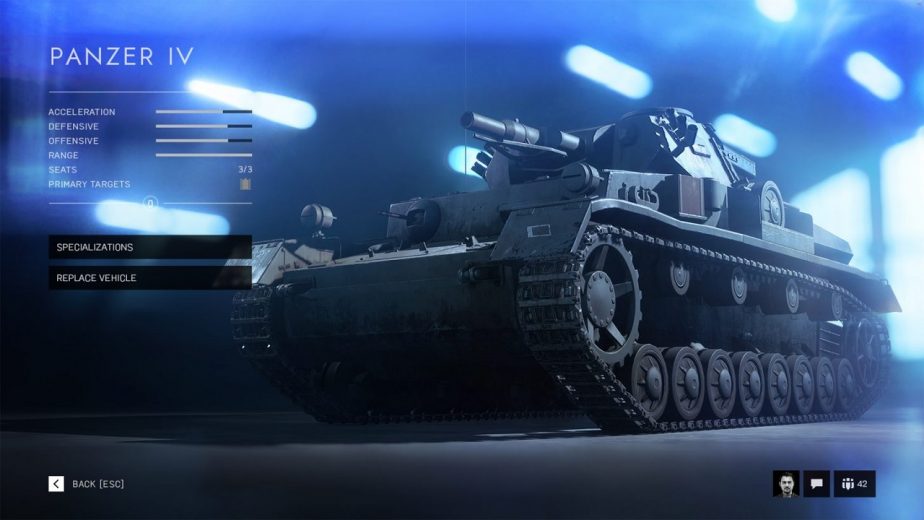 The Battlefield 5 Vehicle Specialisations can be unlocked in game by spending Company Coin; the in-game currency gained from playing Battlefield 5. Rather than clear improvements, DICE wants most specialisations to feel like utility effects, with both pros and cons for using them. They allow players to better tailor vehicles to suit their personal play-style. “You have a lot of choices to make when specialising your vehicle,” says DICE; “and it all comes down to the tactical situations you anticipate, the layout of the battlefield, and you gameplay preferences in general. The amount of gameplay-altering choices you can make to a single vehicle, and the gameplay significance of those choices, is something we hope you’ll appreciate.”

“Specialisations won’t make you invincible though,” clarifies the studio; “they are designed with balance in mind and won’t create disadvantages for new players going up against players who’ve already put in hundreds of game hours… If you’re piloting a fully-upgraded light tank, you’re still vulnerable to a squad of low-level players armed with Sticky Dynamite and Panzerfausts.”

To give players an example of the Battlefield 5 Vehicle Specialisation Tree in action, DICE provides a look at that of the Panzer IV; a German medium tank. Like the weapon trees, the specialisations are divided between a left-hand tree and a right-hand tree. However, there are two additional specialisations which sit in a separate middle tree. According to DICE, the left-hand tree for vehicles tends to be useful for vehicle-to-vehicle combat. 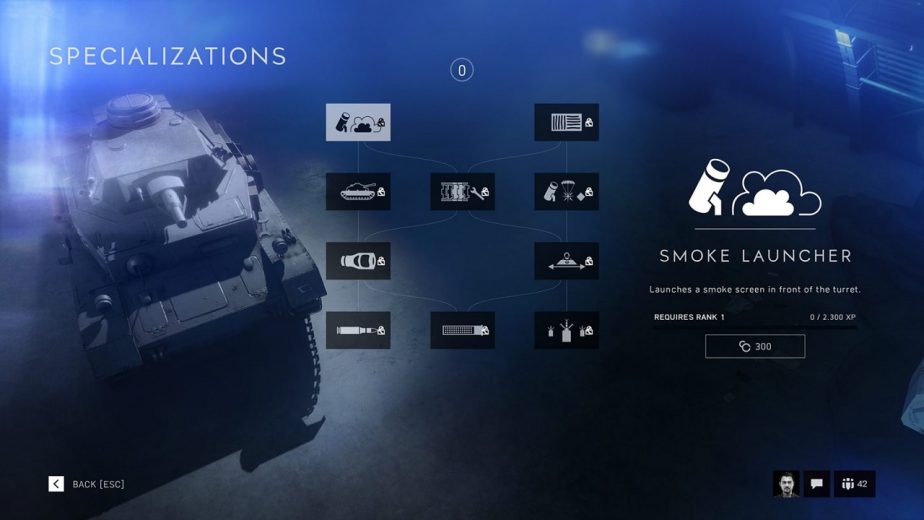 On the other side, the right-hand tree will tend towards anti-infantry specialisations. Players will be able to choose freely from all trees as they upgrade their vehicle.

Finally, the central tree, which has only 2 specialisations: