Director Todd Howard, during Bethesda’s E3 presentation, showed off footage and concept art of several new enemies in Fallout 76. This host of monsters and mutants are apparently derived from West Virginian folklore; in order that they would better fit into the new setting. Beasts like the Snallygaster are set to feature in Fallout 76, but among the most imposing of the new enemies is the formidable-looking “Grafton Monster”…

The Grafton Monster is certainly a bizarre creature. The beast’s name comes from the town of Grafton, West Virginia. Unlike the Snallygaster, which had its roots in tales told by 18th century German settlers, the first tales of the Grafton Monster didn’t emerge until the 1960s. To be exact, the first sighting came on June 16th, 1964. Reports published in the Grafton Sentinel, a local newspaper, claim that over twenty witnesses called the paper describing encounters with a strange and massive creature. The headless monster was described as being seven to nine feet tall with pale, seal-like skin. 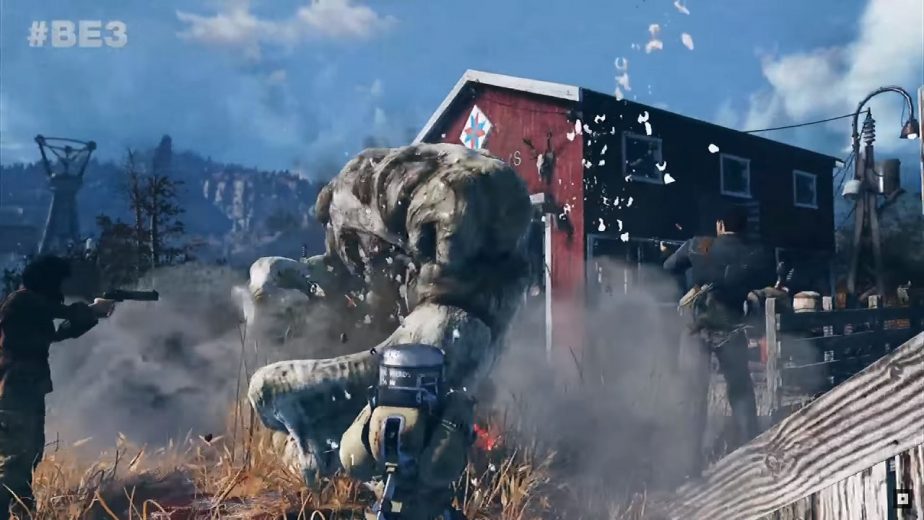 It only took days for the people of Grafton to become frenzied hunting for the mysterious creature. “At approximately 10 p.m.,” reported the paper; “it was reported that cars were almost bumper-to-bumper along the river drive. A large number of cars were pulled off the road to permit joining in the area’s most popular event in recent years; ‘monster hunting’.”

The newspaper’s editors were skeptical. However, one of the first encounters was actually with a Sentinel reporter; a man named Robert Cockrell. He supposedly sighted the creature while driving home. However, no physical evidence of the monster ever emerged. The Sentinel later postulated that the “monster” was nothing more than someone pushing; “a handcart loaded high with boxes”. Within a few days, the Sentinel surmised the source of witnesses’ over-active imaginings; a popular story was published just a few weeks before about a monster sighting in Michigan.

The Grafton Monster in Fallout 76

The Grafton Monster which appears in Fallout 76 is certainly no overloaded handcart. The towering mutant possesses the headless and hulking physique of the famed monster, along with the seal-like skin. However, its form is notably more contorted and misshapen; suggesting that its origins lie in horrible mutation. 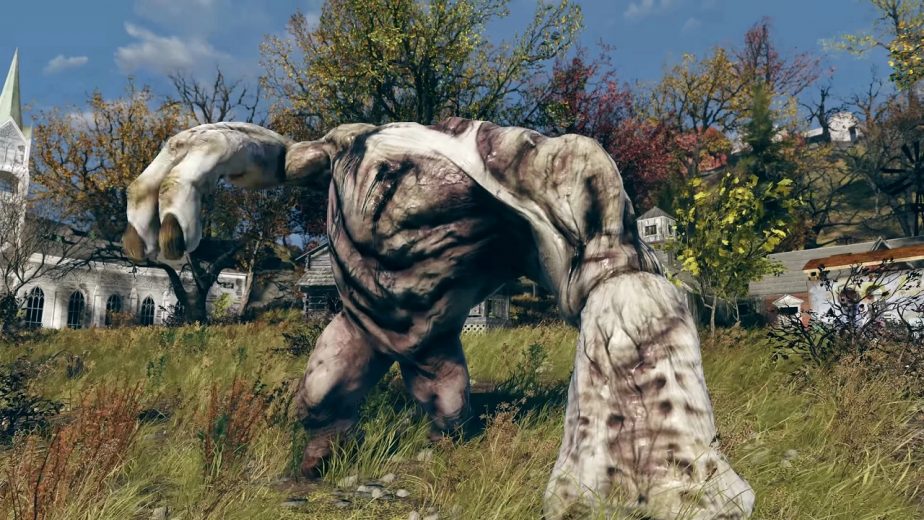 The Fallout 76 Grafton Monster appears to be a monstrously strong combatant. Promotional trailers for the game showed one smashing through a player’s base with its club-like arms. It seems likely that the Grafton Monster will be a formidable opponent. Although its method of attack isn’t as vile as the Snallygaster’s spiky tongue; its massive strength is likely to make it more than a match for any players who underestimate the lumbering behemoth.