Not satisfied with releasing a single new trailer this week; Bethesda has released yet another Fallout 76 trailer. Once again, this trailer was shown in some form during the studio’s E3 presentation. However, the video was not available online until now. This new trailer focuses on base-building and introduces the game’s new C.A.M.P. system.

In the “A New American Dream” Fallout 76 trailer, Bethesda looks at how base-building has changed between Fallout 4 and Fallout 76. It was recently revealed that base-building in Fallout 4 was a feature which was added very late, and almost cut from the game before release; hence why it is rarely woven into the game’s story missions. However, base-building is set to be a much bigger part of Fallout 76, and to make it easier for players, the developers have come up with the C.A.M.P. (Construction and Assembly Mobile Platform).

The C.A.M.P. is a new form of portable workbench which allows you to set up and start building your base anywhere in West Virginia. It serves as the centerpiece for any such base, and can also be used to trade goods with other players. The trailer shows player-built bases coming under attack from a variety of enemies. During those attacks, enemies were able to destroy parts of the base, showcasing the newly destructible buildings. It’s unknown as of yet how easy it will be to rebuild after such an attack. 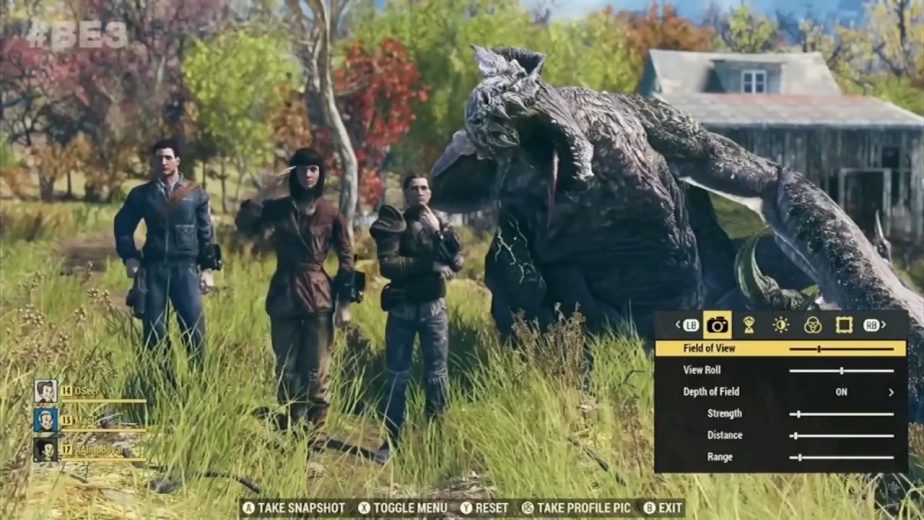 It’s worth noting that one thing which appeared in the trailer was an artillery mortar. In Fallout 4, such mortars could be built and used to launch barrages near your position by throwing signal smoke grenades. However, the only way to build them was to progress to a certain point in the Minutemens’ quest-line. Given that the game’s menu lists it simply as an “Artillery Piece”; it could well be that the mortar has graduated to be a general base defense weapon.

At the end of the trailer, the base was incinerated by a nuke. While it’s unlikely that the shot was actually how such a blast will look, it has been stated that such destruction is possible. Pete Hines has reassured fans that their fears over grieving when it comes to nukes are unfounded, however.