After Todd Howard debuted the Fallout 76 trailer early at a surprise appearance at the Microsoft E3 presentation, fans were left wondering what the studio would show at their own presentation. As it turns out, Bethesda offered fans a series of trailers and Vault-Tec shorts, primarily focused on gameplay. Todd Howard revealed numerous details about the game, including its release date; Fallout 76 is scheduled to release after a public beta on the 14th of November.

Vault 76 and the Setting of West Virginia

Fallout 76 will be set in the hills of West Virginia, as suggested by the initial teaser trailer. The first thing noticeable about this setting is that it is much greener than any previous Fallout title. Almost every other Fallout setting has been a desolate and irradiated wasteland colored in a patchwork of brown and grey. Fallout 76’s scenery is much more varied, with desolate fallout zones surrounded by overgrown swamps, forests, and hillsides. Fans hoping for a more vivid and new setting will be in luck. According to Howard, the world is four times the size of that of Fallout 4. 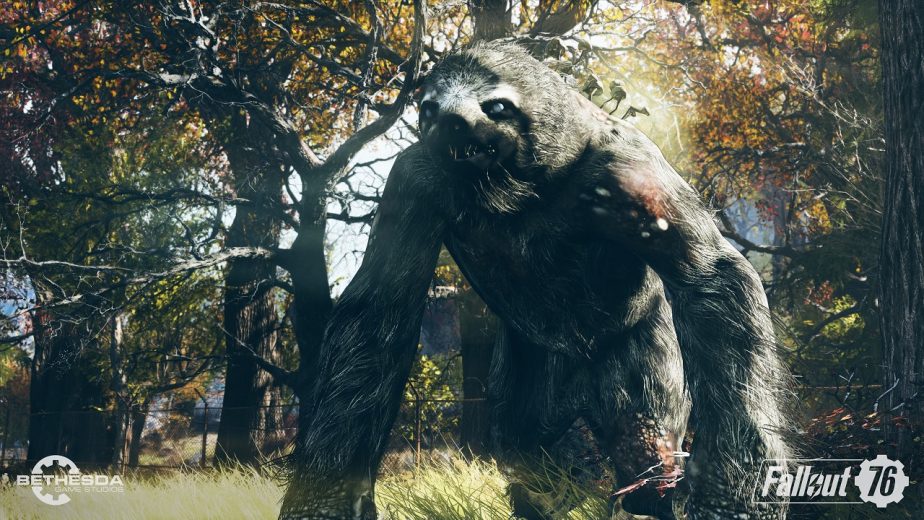 As for Vault 76 itself, the presentation confirmed that the game would be a prequel to all previous Fallout games. The vault is opening just over two decades after the bombs fell; making the Vault 76 settlers among the first to re-emerge into the wasteland. That means that iconic factions such as the Brotherhood of Steel will not be making an appearance, although the trailer did appear to offer a glimpse of super mutants of some description. However, it looks as though the setting will be packed full of new enemies, including “Mega Sloths”, “Snallygasters”, and “Grafton Monsters”. Howard stated that the developers had drawn on the folklore of West Virginia for many of their new ideas.

One of the biggest points of speculation about Fallout 76 was whether the game would feature multiplayer. The presentation revealed that yes, it certainly does. In fact, Howard stated in a subsequent interview that every human in Fallout 76 would be a real player. Fallout 76 will be always online, and players can join each other’s games for up to four-player cooperative play. When you do so, you’ll be able to take your character from your own game, with all of your equipment and progression, into another player’s world. In addition, Howard stated that each player’s world would contain “dozens” of other players.

He was quick to clarify two things; firstly, that the game was not an “amusement park” and would not allow hundreds of players in a single world, and secondly, that the game could still be played solo. However, in an interview after the presentation, when asked for clarification, he wouldn’t state that solo players could not encounter other human players in their worlds. Howard was clear that Bethesda does not want griefing to be a problem. Although he didn’t give specifics, he stated that Bethesda is making decisions at the moment as to how to control and limit player interactions. 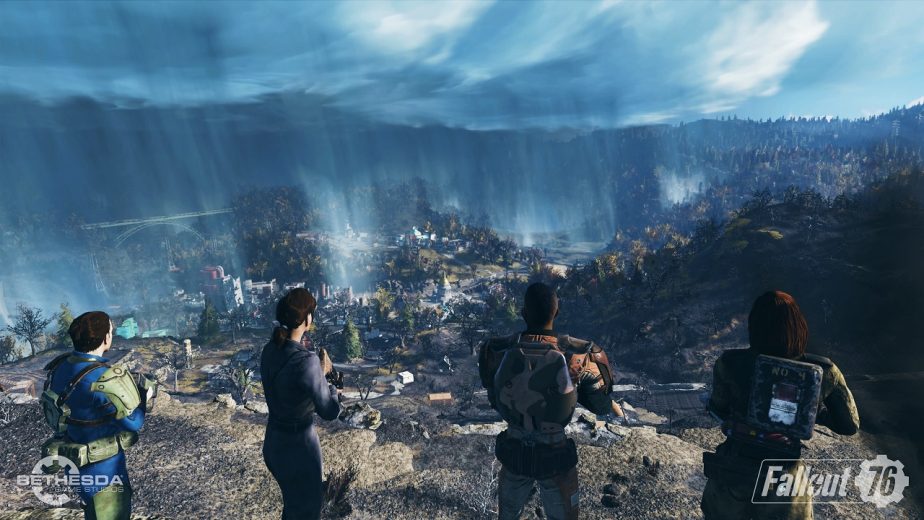 Howard suggested that players would be able to change settings to define the sort of multiplayer experience they want. In addition, it seems unlikely that players will be able to loot one another. In a brief player-vs-player engagement, a player who killed another seemed to be rewarded with some sort of in-game currency instead.

Because Bethesda hasn’t done a multiplayer RPG title like this ever before, Howard stated that there would be a public beta for Fallout 76. Hopefully, this will help smooth out any problems and ensure that griefing is not a problem when the game launches.