During this weekend’s BlizzCon, Blizzard had plenty of Warcraft-related news to share. In World of Warcraft’s case, the studio unveiled not just one major upcoming patch but two. Patch 8.1, the first major patch following the Battle for Azeroth expansion’s launch, arrives in December. Patch 8.2, meanwhile, will follow in 2019.

We already knew some cursory details about patch 8.1, but at BlizzCon the patch received a proper unveiling. Patch 8.1 is titled Tides of Vengeance and focuses on the Alliance’s counterattack in the region of Darkshore. Specifically, the Night Elves are retaliating against the Horde for burning the city of Teldrassil during the pre-patch event. In terms of gameplay, a new Warfront will allow players to experience this new war campaign chapter directly.

The Tides of Vengeance patch also includes two new island expeditions, improvements for Azerite Armor, and a new raid. The raid, which is titled Battle for Dazar’alor, is structured differently for Alliance and Horde players.

As for patch 8.2, it is titled Rise of Azshara. True to its name, the patch opens up the region of Nazjatar, home of Queen Azshara and her Naga brood. A new raid titled Azshara’s Eternal Palace will challenge raid teams with eight distinct boss encounters, including Azshara herself. A separate part of the patch will also open up a second distinct region: the Gnomish city of Mechagon. 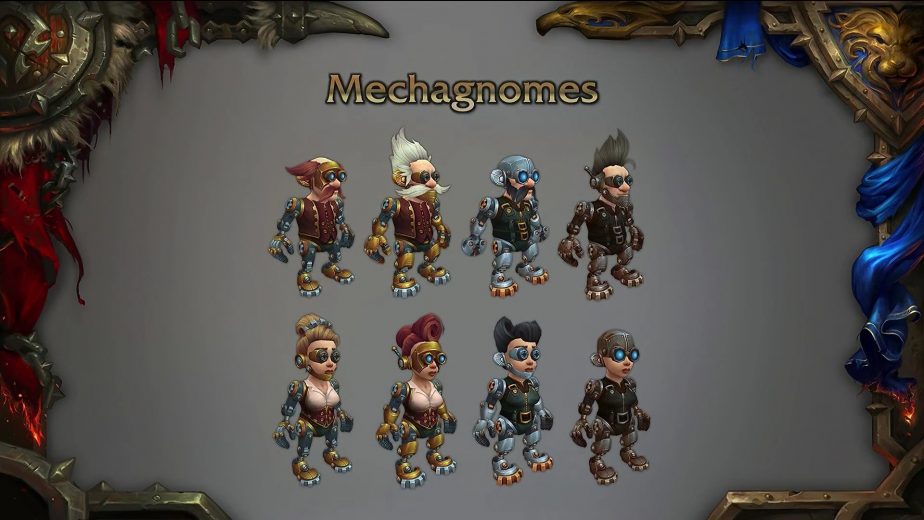 Mechagon includes a new “mega-dungeon” complete with eight bosses of its own. Similar to the Return to Karazhan dungeon, the Mechagon experience will be Mythic difficulty only, at least at launch. Blizzard also seems to be teasing Mechagnomes as a new playable allied race, though an actual confirmation hasn’t been made.

The Tides of Vengeance 8.1 patch arrives on December 11. As for the Rise of Azshara 8.2 patch, it should arrive a little ways into 2019.