Last week, CD Projekt Red released the first gameplay footage of Cyberpunk 2077 to the public; a 48-minute demo similar to that which was shown to journalists at E3 and Gamescom. The demo gave fans their first look at many of the features of the upcoming title, and one feature in particular; the Cyberpunk 2077 soundtrack.

Marcin Przybyłowicz is CD Projekt Red’s Lead Composer and Music Director, and the man in charge of that soundtrack. He is perhaps best known for his work as a composer for The Witcher 2: Assassins of Kings and The Witcher 3: Wild Hunt. He has also composed music for The Vanishing of Ethan Carter and other titles; most recently, Phantom Doctrine, which released just two weeks ago. I recently had the opportunity to speak with Przybyłowicz about the upcoming title and its soundtrack, as well as his other projects. 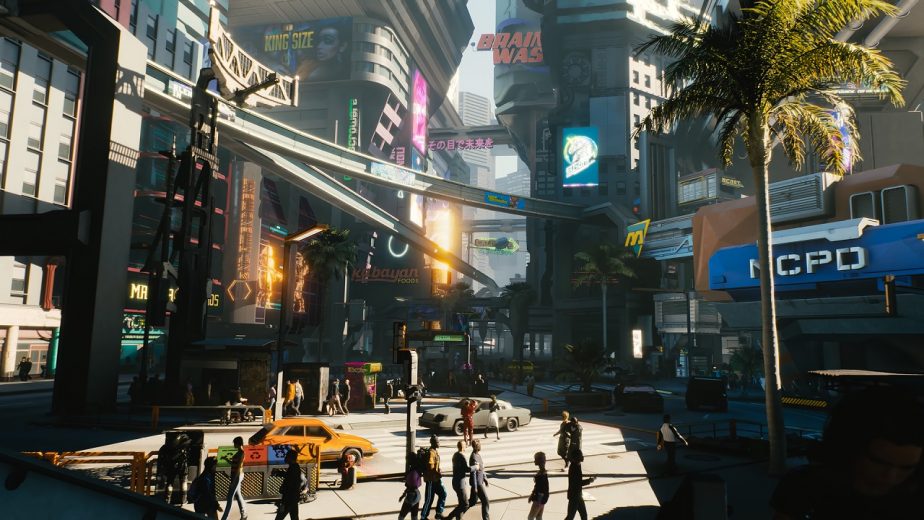 Before we get onto your current projects, could you tell us a bit about how you started composing in the video game industry?

It kind of happened by accident because I always wanted to do movies, but since I’ve been an avid gamer… well I don’t know for how many years… since I remember actually – the first video game I got to play was the first Doom – it kind of shaped the way I see things regarding video games; the way I perceive video games as an entertainment device, but also, once I grew up, as a form of art. And since I’m an educated musician – I did finish the whole course of national education in Poland, so elementary school, music school, music high school, then college – it kind of had to happen that I would finally figure it out that since I love video games and I am basically breathing and living music, it probably should meet in the middle at some point.

Fans of CD Projekt Red will most likely know your work from The Witcher series, and of course, that’s a very different sound to the music of Cyberpunk 2077. So, would you say that it was a challenge going from the music of The Witcher and your other projects to something like Cyberpunk?

Well obviously, it was a challenge because the stakes are so high with Cyberpunk, and to be frank, I’m actually still having problems with believing what we are doing with Cyberpunk and how, so far, it’s been turning out for us regarding, no doubt, the recent reveal of almost fifty minutes of gameplay footage, for example. But, through it all, it’s always challenging to switch between projects; not only regarding only The Witcher and Cyberpunk – obviously, those two being a completely different pair of shoes – but because I am also working as a freelance game music composer. That means I’ve got to work on several projects simultaneously, almost all the time. So this ability to switch between different worlds actually has to be… well, you have to have that to work in this industry as a freelance composer, so I’m basically using it all the time.

When you started, did CD Projekt Red have a clear idea of what they wanted with the Cyberpunk soundtrack, or did they give you a lot of creative freedom?

That’s an interesting question, and I’m not really sure if I can provide one simple  answer, because even though it may seem like it’s a piece of cake, it usually isn’t. I am working at CD Projekt Red for, I think, almost eight years now. I hold the position of Lead Composer and Music Director, so basically all the things that are touching music at any point, at any given time, has to go through me.  So, that means once we are starting to talk about a new project, Cyberpunk in this case, it’s also important for us to meet and talk and figure out what kind of business we want to do with the music this time, and how we want to combine or incorporate music in the game’s DNA, like we did with The Witcher.

The challenge obviously was very high because the setting is completely different for us, and it’s not that well established as a typical fantasy world or, being specific, the world of Andrzej Sapkowski, because Sapkowski did give us quite a bit of heritage. So, we have five novels, we have two additional books with short stories, and regarding Wild Hunt, we obviously had the two previous Witcher games. While, on Cyberpunk, we obviously have a sourcebook for pen and paper, Cyberpunk 2020, but apart from that there isn’t actually anything there… and if we would even try to dive deeper into this rulebook of Cyberpunk pen and paper to find any clues regarding the music, there’s actually nothing there that would be very useful for us.

So, we had to come up with basically everything in order to create this impression of a believable musical environment. Our work shouldn’t be only about coming up with some music and shoving it in game. You always have to be extra careful of this additional factor of how the music sits in the game universe, how the music sits within the storylines, within the art direction, or general style, as I would say, for the project you’re working on. So, it was a challenge, but nothing we wouldn’t expect, to be honest. 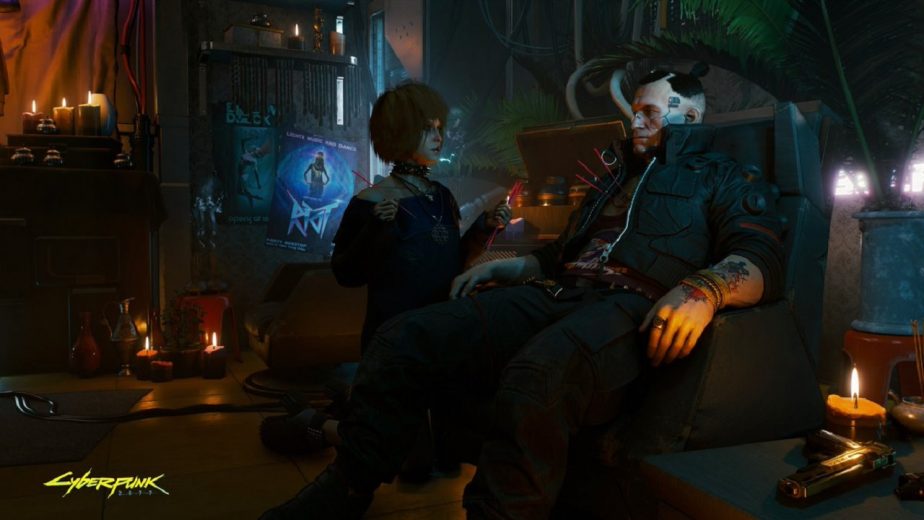 Obviously, Cyberpunk’s still in development, so is the game’s soundtrack also still a work-in-progress at the moment?

Yeah, we are touching the territory… I’m not pretty sure how much I can tell right now, but yes, truth is we are working on the music until the very last moment we are allowed to. So, and the same went with The Witcher; so even if we would, for example, have – which isn’t true, by the way, but let’s say we would – have the whole music composed right now – God knows how many hours that would be – that means we would still have quite a significant amount of time to iterate from that, to… you know, tweak it more, polish all those assets, work on the implementation, perhaps do some alternative mixes or schedule additional recording sessions; you can do so much stuff with that to make it sound and feel better that the only crucial factor we all have to acknowledge is basically time, and when it runs out, it runs out. That means, you know, job done. That’s how it works.

As a composer, and this obviously can relate to Cyberpunk, but in general as well, where would you say you draw most of your inspiration from?

I never know how to answer that question. Every time I’ve been asked about this I try to do some smart-arse face and weasel myself out of this, because what is inspiration, basically? You can be inspired by basically everything; you can watch a new TV show, go to the movies, listen to some kind of music you are not used to, or you don’t listen to very often, for example. You can take a walk in the park, you know, riding a bicycle in woods, whatever rocks your boat, basically. For me, it always has been other music and other works of pop culture. So, with every single project I’m involved with I try to soak in with as much corresponding content as I can.

So for example, if we’re talking about Cyberpunk, in that case I would obviously re-watch the first Blade Runner and the second Blade Runner, Akira, all the Ghost in the Shell, new Ghost in the Shell – regardless of whether it was good movie or a bad movie, because that’s not the case here. I’m just focused on this musical layer and how it helps convey the narration; how it creates this atmosphere of a given location or the movie in general. The same goes with video games and other albums as well. It’s all only a matter of whatever spark basically draws your attention and makes you think.

Obviously, as of just a few days ago, people have been able to see about an hour of Cyberpunk gameplay footage for the first time. Watching that, aside from the last fifteen minutes or so, I found that the music in that was quite quiet. Certainly, in some of the cityscape areas there were fairly limited amounts of music. Is that representative of what’s planned for the final game, or was it just reduced for the purpose of the demo and the voiceover?

Well, it wasn’t reduced just for the sake of presentation in this particular gameplay, but it was… the way we plan the music placement in our games is simple; it always has to help the story, because the story in our games is the most important thing. I believe, personally, that we as a studio are the best in storytelling, so my role as a composer is to do everything that’s possible to help my music to add additional context to those stories, or help in narration, for example, for those stories. This particular demo looked how it looked – now everyone knows what was the playthrough; what journalists have seen during E3 and Gamescom – and this particular part of the game, in our opinions, to our hearts, needed particular placement of music.

It doesn’t always have to be loud, punchy, and in your face, because, you know, the sole essence of illustrative music is to illustrate stuff. So, you have to be very careful with selecting the moment where music basically punches you in the face and fights for most of your attention because in most cases that’s not the point of what we are doing, basically.

I would love to, but unfortunately it’s way too early to expose that kind of information. I’m very sorry!

We’ve spoken mainly about Cyberpunk, but are there any other projects which you’d like people to know about, if they haven’t necessarily heard of them? I know that, for instance, Phantom Doctrine has just come out, which you composed the soundtrack for, and that in itself is a very different style of music to either The Witcher or Cyberpunk.

Yeah, I’m very proud of Phantom Doctrine, which by the way, as you said, launched two weeks ago, and today, as we speak, the soundtrack has been released on all major platforms. So, now everyone can just do two short clicks and have this music available for them. I am very proud of this soundtrack because it’s not happened often that you are asked to do a score where there’s enough space towards jazz, which is one of my first loves and interests regarding music. I grew up in a musical family, I actually graduated as a jazz conductor – so I’m a jazz conductor on paper, not a composer – and jazz always had a special place in my heart for all those years. 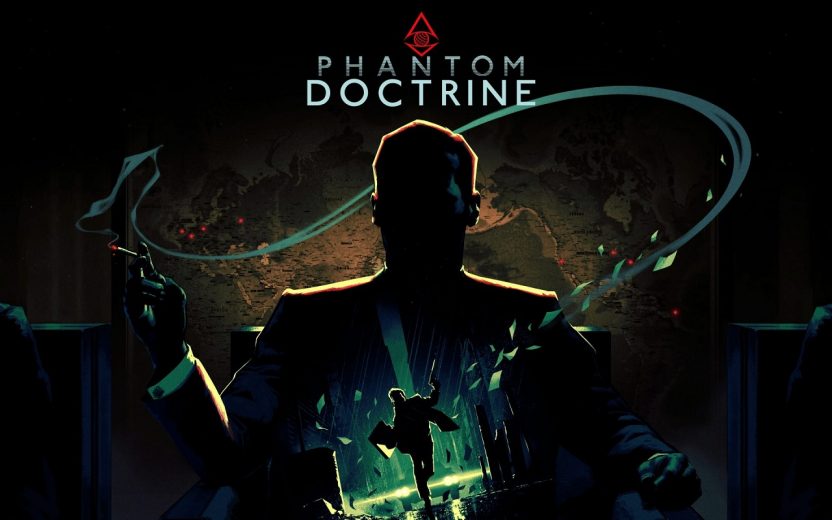 But, until Phantom Doctrine, I was never able to actually incorporate any jazz elements into a score because it’s a very specific kind of music, which needs a very specific kind of setting to be included in. With Phantom Doctrine it was actually super easy, and I think that was a perfect fit because once you think about Cold War, the Iron Curtain, all those wild conspiracy theories during the Cold War era, and even nowadays; it kind of works with this general feeling that jazz is all about. So, basically the space, the focus on the content, not the form, if you know what I mean? And this very specific mood that jazz can create, especially the noir part of the jazz, with cool jazz and all sorts of stuff from that particular era. So yeah, I was very happy to finally be able to do that.

.@PhantomDoctrine #soundtrack is abailable now on #Spotify, #iTunes, #TIDAL and others, enjoy! https://t.co/LP7w8xYQIA