Fortnite data miners have been very active lately. They have tried to figure out what was going on with the floating island and the purple cubes. Fortunately, they have made some progress and discovered a few interesting details. According to the game data, Epic Games is preparing another big event for Fortnite players.

After moving over the map and corrupted areas, the floating island is back to its initial place, Leaky Lake. Additionally, the island is now emitting the light to the sky, forming something that looks like a portal. If what data miners have discovered makes it to the game, there will indeed be a Fortnite portal. 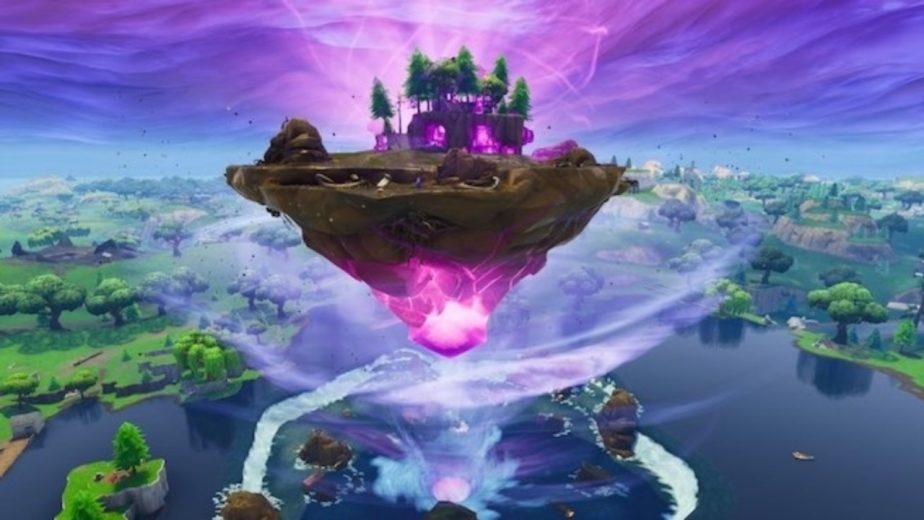 Data miners have found game files named “BPGrowth_House_Glow” followed by six stages. These stages are named “PortalStages” and they indicate that the video game will get a portal soon. Furthermore, the “house” part refers to the house on the island, and the glow refers to the cube glow.

Some Fortnite players have tried to reach the top of the beam of light, but nothing has happened. However, considering the latest discoveries from the game data, we can expect the portal to appear there very soon.

At the moment, it is unknown what the exact function of the portal will be. Many players are hoping that this portal will bring the old map back, but it is very unlikely that Epic Games will do something like that. The Fortnite portal could be used to introduce us to the Fortnitemares event, which might begin on Tuesday, October 23.

The game developer has released three teasers for the upcoming event, and we expect the event to be released soon. One of the teasers involved the cube, which makes us believe that the island will have something to do with the event. Fortnite will most likely receive another update on Tuesday, and we can expect it to bring some big things to the game.