Destiny 2’s Black Armory expansion is available today as part of the game’s Annual Pass. True to its name, Black Armory adds a bunch of exciting new weapons to the existing Destiny 2 loot pool. The final trailer for the expansion puts those weapons front and center, showing just how much havoc they can wreak. 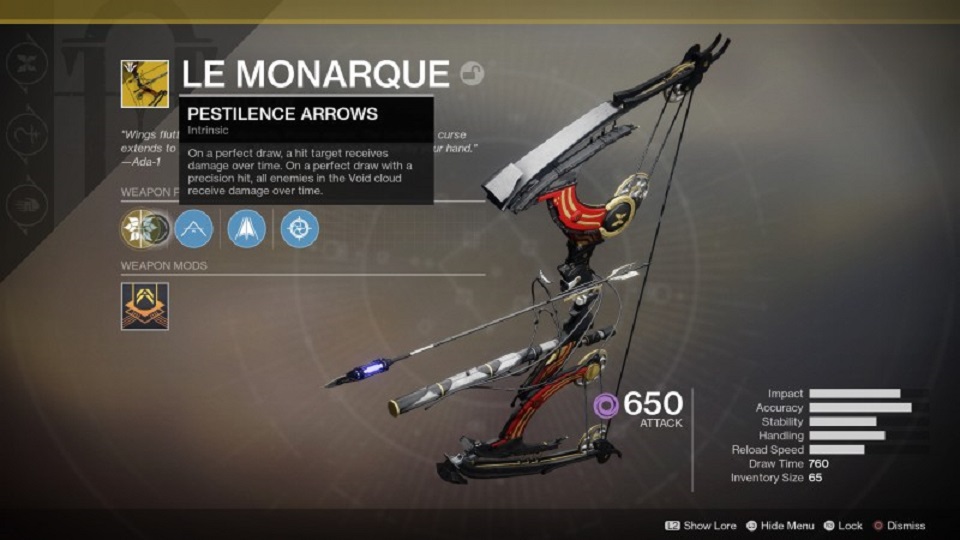 Some of the armaments shown in the trailer are weapons we’ve already seen, like the four new forge Exotics. Others, however, are being shown off for the very first time. These new weapons run the gamut from hand cannons to machine guns and come equipped with some interesting weapon perks. A complete roundup of the Black Armory weapons shown in the trailer can be found below:

The very end of the trailer also confirms the return of another Destiny Exotic. On January 29, Black Armory expansion owners can begin a new Exotic quest called ‘The Draw.’ Those who finish the quest are awarded a Destiny 2 version of the Last Word Exotic hand cannon.

For more on Destiny 2’s Black Armory expansion, be sure to consult our in-depth information roundup.