Following the model used in Battlefield 1, Battlefield 5’s single-player campaign will consist of several “War Stories“; self-contained, multi-stage story missions featuring different characters and settings throughout World War Two. Not including the game’s prologue, Battlefield 5 will feature three War Stories at launch. A fourth, The Last Tiger, will launch in chapter 1 of the Tides of War post-launch schedule, in December. In a recent interview with PCGamesN, Daniel Berlin, Design Director at DICE, delved into some of the themes which inform the Battlefield 5 War Stories.

The Battlefield 5 War Stories and “Feelings of Despair”

DICE representatives have said, on several occasions, that the studio wants to tell the; “untold stories,” of World War Two with Battlefield 5. As a result, the War Stories feature stories about the Norwegian resistance against German occupation, Senegalese colonial troops in the French army, the British Special Boat Service, and a final story about a German tank crew. 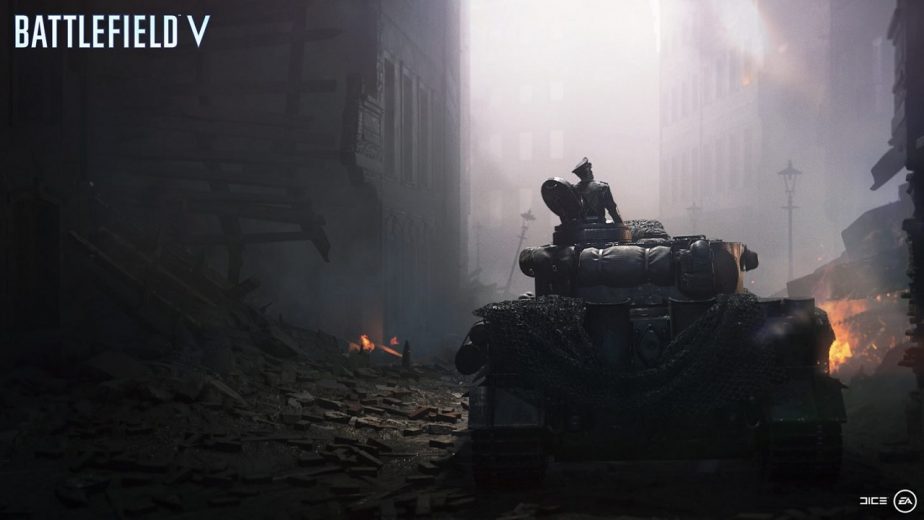 Asked by PCGamesN why the studio chose the stories they did, Berlin says; “We wanted to create feelings of despair. Like there was no hope. I think video games can be lots of things, but I’m really interested in where we can take games with that kind of serious tone. I’m especially proud of ‘The Last Tiger,’ which isn’t out yet, but which came about because of the Battlefield 1 tank story ‘Through Mud and Blood.’ That was the story that was received the best in that game, and so we wanted another really strong tank story this time. It just seemed obvious that we’d go with the Tiger.”

Gamers who played the Battlefield 1 War Stories will likely remember ‘Through Mud and Blood’; the first of the different stories. Featuring a British tank crew which becomes lost behind enemy lines in France, the mission was deeply emotional; focusing on the themes of stress and despair as the crew struggled to keep the malfunctioning tank operational. Fans won’t know exactly what The Last Tiger is about until the War Story releases in December.