The third event which you’ll encounter while progressing through Site Alpha, Site Bravo, or Site Charlie during Mission: Countdown is the Fallout 76 Operations Centre event. This event is relatively simple, although that doesn’t mean it’s going to be easy. Just like the other events, you’ll have to complete an objective while facing endless waves of high-level robots.

How to Complete the Fallout 76 Operations Centre Event in Mission: Countdown

The first two events; the Residential Area and Reactor Area events, give you time to look around the area before you manually trip the security system. Unfortunately, the Fallout 76 Operations Centre area gives you no such opportunities, the security system will trigger the moment you enter the area. There is no way to avoid or delay it. There is a terminal like those in the previous events which will let you disable the Supervisor and turrets, but you’ll have to hack it while already facing waves of robots. 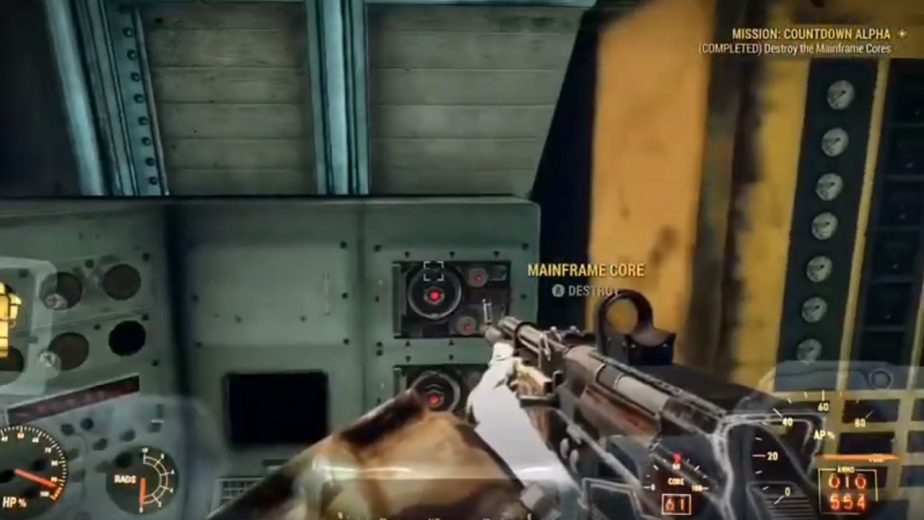 Once all of the mainframe cores are no more, the security system will shut down. This will allow you to progress through towards the fourth event; the Storage Area event, where you’ll be replacing mainframe cores to repair the damage you caused here. Be sure to take a moment to prepare, heal, and so on before heading onward.