Now that you’ve completed Officer On Deck and I Am Become Death, and you have both a Nuclear Keycard and a complete Nuclear Launch Code, you can set out to launch your first nuke. The Fallout 76 Mission: Countdown main quest is the quest that will guide you to that objective, laying the groundwork for one of the most important late-game activities. Once you’ve completed this mission once it becomes repeatable, allowing you to challenge it as often as you want.

How to Complete the Fallout 76 Mission: Countdown Main Quest

The Fallout 76 Mission: Countdown main quest should begin as soon as you finish I Am Become Death. Now that you have everything you need to launch a nuke, you need to access one of the game’s three nuclear missile silos. Each of the game’s Nuclear Launch Codes is specific to one of these silos, so the mission will mark which one you need to head for. All three are in the Savage Divide, but in very different parts of the region. Site Alpha is close to the middle, southeast of Top of the World. Site Bravo is further north,  situated south and slightly west of the Palace of the Winding Path. Finally, Site Charlie is in the south, lying due west and slightly north of Fort Defiance, on the opposite side of the Savage Divide. 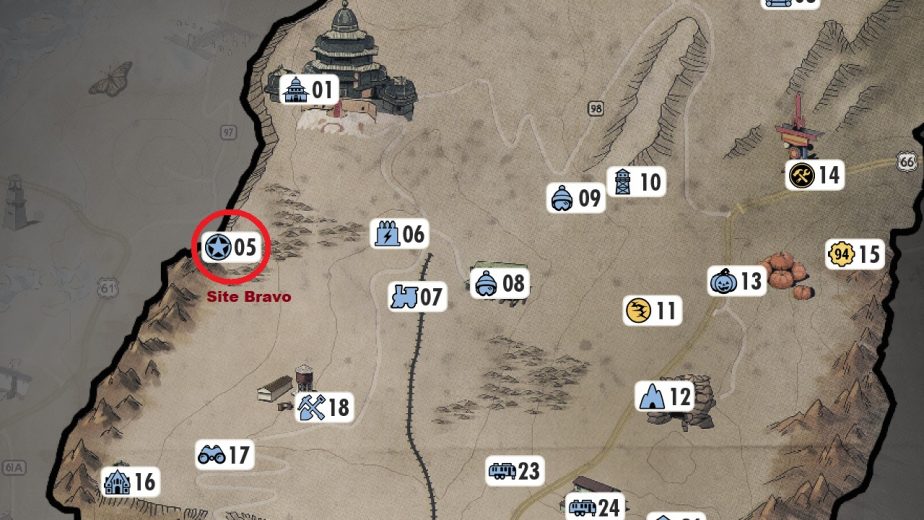 Whichever Site you’re headed for, be prepared for a significant fight. Each of the Sites is heavily defended by high-level robots. It’s much easier to tackle this challenge with a group than as a solo player. In each silo you’ll have to progress through five events. First you destroy the front line of robotic guards and then you’ll need to complete objectives and fight waves of additional powerful robots. With practically limitless numbers, you’ll need to focus on completing objectives rather than hoping for an end to the enemy spawns. Don’t get bogged down wasting ammo and resources. The launch silos are some of the most challenging places in the entire game. 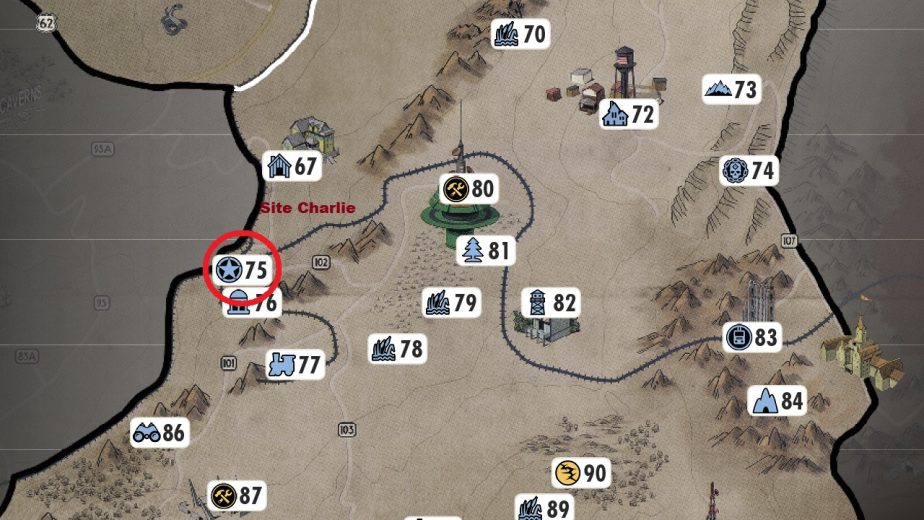 The Five Silo Events and Completing the Quest

For detailed guides on each event, see the following:

Once you complete all five events you’ll be able to access the control system. Now it’s time to input your Nuclear Launch Code. Put your Nuclear Keycard into the terminal to activate it and then input your code. Beware, if you mistype the code, all of your effort will be wasted unless you have spare Nuclear Keycards! Each Keycard allows for only a single code to be entered. Once you input the correct code, you’ll enter a targeting computer and can choose a spot to launch your nuke. Once you fire, the quest will complete and you’ll start “Death From Above!” the follow-up main quest. As a reward for completing Mission: Countdown, you’ll receive Missile ammo, a random aid item, random plan, armour, weapon, or mod, and there’s also a chance you’ll get a random legendary armour piece or weapon.