When Far Cry New Dawn was announced, many fans began to wonder whether the game would essentially use the same world map from Far Cry 5. The game is a spin-off title, releasing just a year after the last game, after all. However, it seems that the map won’t simply feature a new colour palette of flora. According to the game’s Narrative Designer, the Far Cry New Dawn map will be a totally new setting for players to explore.

At the end of Far Cry 5, Hope County (and presumably much of the rest of the US), fell victim to a nuclear blast. Far Cry New Dawn takes place seventeen years later, in a stage of the natural world’s recovery known as a ‘superbloom’. During this stage, plant life in the region is seeing rapid overgrowth. As a result, the wilds of Hope County have become a verdant and vibrant vista. This isn’t the post-apocalyptic world of Mad Max or Fallout with their palettes of browns and greys! However, while it may have new plant life, the question remains whether it will essentially be the same map. According to Narrative Designer and Far Cry New Dawn Scriptwriter Olivia Alexander, this isn’t the case. 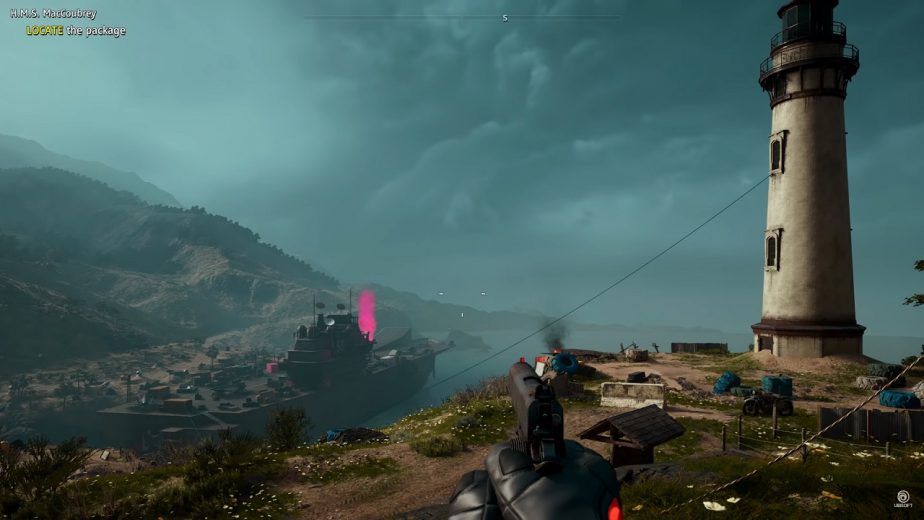 “The geography of the region has been irreversibly changed,” says Alexander, in a recent interview with Geek.com; “This is due to a lot of things. There are parts of Montana that are completely uninhabitable due to different changes in the water table and things like that. There are parts of Montana that are flooded. This affected the shape of the map we have from Far Cry 5. The setting and the geographical changes, both visually and how they feel, is a metaphor for everything that happens in the game in terms of the people and their reactions. It is a completely new setting. It is recognisable but very scarred. Things are either half buried or overgrown or completely contorted by Highwaymen occupation.”

A New Hope County and Exploring the World Beyond…

So, although there may be some general similarities like the locations of mountains or lakes; it sounds as though the particular details of that map could be very different. As such, it seems like exploring the post-apocalyptic Hope County will be a totally fresh experience for fans. Not only that, but players will actually be able to travel beyond Hope County on special expeditions. These will take players to other areas of America beyond the borders of Hope County, featuring very different environments.