The revelation that CD Projekt Red would be abandoning their traditional third-person perspective was one of the most interesting details to emerge from their secretive E3 gameplay demonstration. The studio had used the same camera perspective throughout The Witcher series; many fans expected them to use it again for Cyberpunk. Making Cyberpunk 2077 first-person was certainly an unexpected move. Now, the creator of the Cyberpunk 2020 tabletop role-playing game has voiced his support of the decision.

Mike Pondsmith is the creator of Cyberpunk 2020, a tabletop RPG originally released in 1988. Cyberpunk 2077 is directly based on that RPG. Speaking in a recent YouTube interview with LastKnownMeal, Pondsmith gave his thoughts on the shift to first-person. He explained that he totally supported the change due to the density of Cyberpunk 2077’s world; he believes that a first-person perspective is the best way to experience and appreciate the scale of that setting. 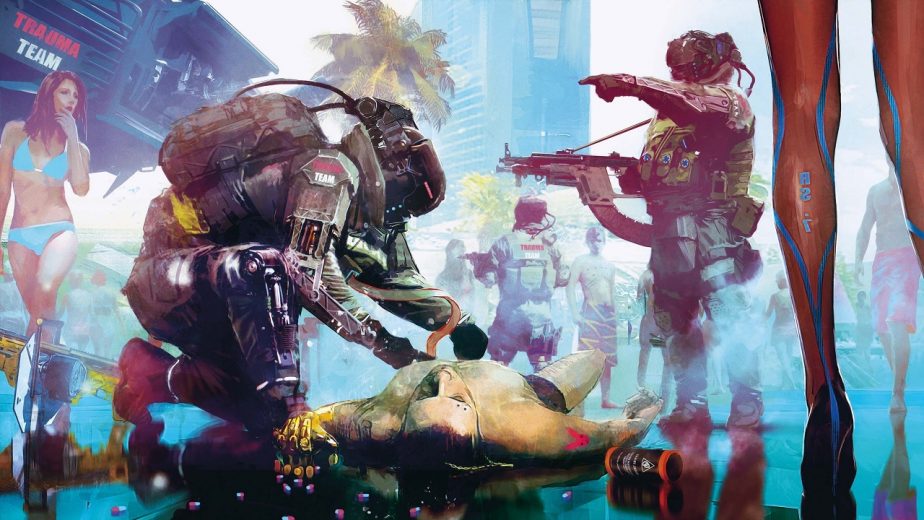 Although The Witcher III did feature several crowded cities and towns, much of the game was spent in small villages or on long roads through the wilderness, with few characters around. Cyberpunk 2077, on the other hand, takes place entirely within the metropolis of Night City.

Pondsmith also pointed out that third-person could give players too much situational awareness. Given how densely-populated the setting is, it makes sense to put the player in a more realistic perspective; making it so that they can’t always see every threat coming before it lands. He compared the difference between first-person and third-person as being like playing as a soldier, and as a general; a tactical vs. a strategic view. Putting players in a first-person perspective helps to make the events around them more immediate and personal. Pondsmith went on to comment on the freedom which players will find in Cyberpunk 2077 (notably one of the core themes recently stated by one of the game’s lead writers).