The latest trailer for Battlefield 5 was entitled, “Devastation of Rotterdam,” and featured numerous scenes from the game’s portrayal of the Battle of Rotterdam. This battle, which involved the infamous Rotterdam Blitz, took place in 1940, during the Nazi invasion of the Netherlands. Based on the actual events of the battle, what might players expect to see in Rotterdam when the game launches in October?

The Devastation of Rotterdam Trailer

Among the four new maps revealed in the latest trailer were two set in the city of Rotterdam. Rotterdam is likely to feature as one of the key locations in Battlefield 5’s story, as the setting for the game’s portrayal of the Battle of Rotterdam. Sections of cutscenes and gameplay from Rotterdam appear throughout the trailer, showing battles between Dutch and Nazi troops in the Dutch city.

The Battle of Rotterdam

The Battle of Rotterdam was a small but infamous clash during the early years of the Second World War, during the Nazi invasion of the Netherlands. For decades, the Netherlands had been protected by the Hollandic Water Line, a long line of land through the countryside. This region was fortified with pillboxes and garrisons, and arranged in such a way that the line could be flooded with a few feet of water; thus turning the countryside into a near-impassable bog. Below the Water Line was Fortress Holland, a region protected by three rivers and designed to be a “National Fortress”; a region where the Dutch could retreat to in an emergency.

The city of Rotterdam wasn’t included in the Water Line or Fortress Holland. In fact, it had almost no defences whatsoever. As Nazi troops advanced into the Netherlands, a force was dispatched to take the city led by General Kurt Student. The Dutch garrison, led by Colonel P.W. Scharroo, had access to artillery and a squadron of the Royal Netherlands Air Force. The attack began on the 10th of May, 1940. That morning, German seaplanes landed along the Nieuwe Maas, a river which flows through Rotterdam. The troops seized undefended bridges, as the Dutch troops were stretched thin. 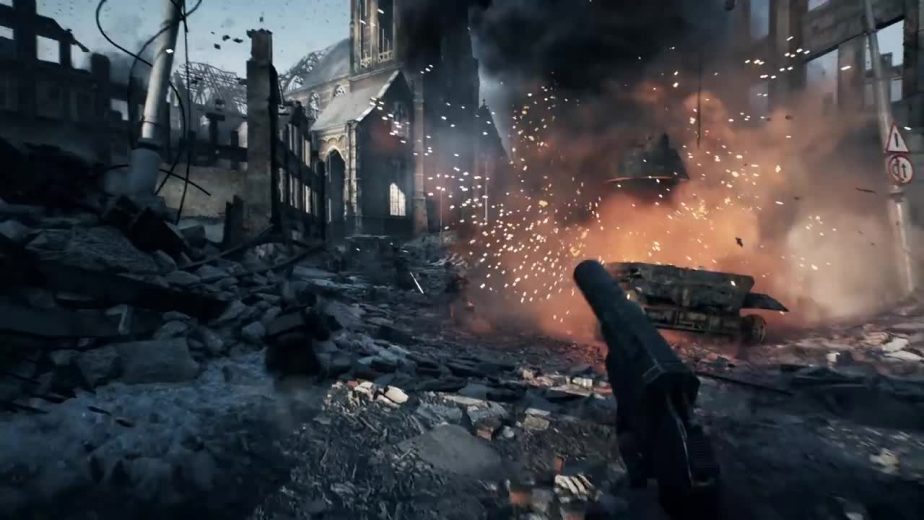 Dutch troops fired on the Nazi forces from houses as more troops entered the city, while the landing troops on the bridges also came under attack. When the bulk of the Dutch troops on the north side of the city realised that the city was being attacked they dispatched Marines to set up machine gun emplacements around the bridges. Throughout the day, soldiers on both sides were killed as they exchanged fire. Urban fighting continued for five days, with neither side able to gain an advantage.

As reports reached the German high command, President Hermann Göring pushed for an aerial bombardment of Rotterdam. General Student and others opposed the plan, however. On the 14th of May, General Rudolf Schmidt sent an ultimatum to Colonel Scharroo, warning that if he did not surrender the city, then the city would be destroyed. The Dutch high command responded that they would only accept an ultimatum signed by the German commander. Schmidt quickly prepared another letter and signed it, but as he returned to the bridges, German bombers arrived. He had requested the support of precision bombers for a planned attack, but instead, the Luftwaffe had sent a flight of carpet bombers. Attempts by General Student to delay the attack failed, however. 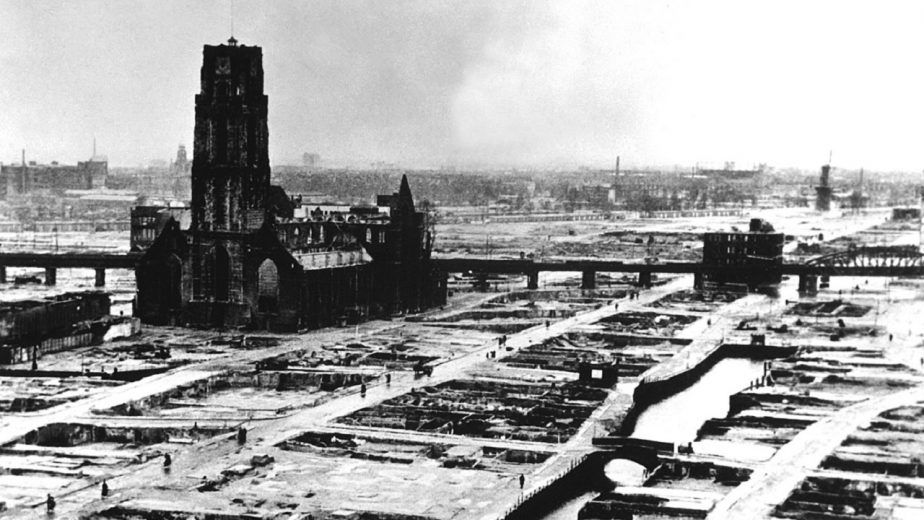 The Rotterdam Blitz, as it came to be known, killed almost 900 people, most of whom were civilians. The city center was almost completely destroyed, and 85,000 more civilians were made homeless. The bombing caused a firestorm which destroyed; “24,978 homes, 24 churches, 2,320 stores, 775 warehouses, and 62 schools”. The Dutch troops were largely unharmed by the bombing, but their communication lines were cut, forcing Scharroo to decide the fate of the city himself. He surrendered later the same day. He met General Schmidt on the bridge and was understandably furious that the German forces had broken their word. Schmidt, who had not ordered the bombing, responded; “Colonel, I fully understand your bitterness.”