During the recent Thronebreaker live-stream held by CD Projekt Red, the game’s director revealed that the upcoming RPG would feature five different regions. In a similar manner to The Witcher 3: Wild Hunt, each of these will have their own map. Lyria and Rivia, the realms ruled by Queen Meve, are two of the foremost ones. However, in a series first, the dwarven homeland of Mahakam will also be making an appearance. This snowy land has never before appeared in a Witcher game.

Mahakam, Homeland of the Dwarves

“Mahakam started out as a mining town,” describes CD Projekt Red; “and mining remains at its very core. One can say that while dwarves shaped the Mahakam mountains — constantly digging, drilling and hewing under their surface — the mountains also shaped them. It is a land of contrasts  — red-hot forges hidden under snow-capped mountains. Even though it is surrounded by human kingdoms and its lowest levels are infested by monsters, it is still the safest dwarven stronghold between the Great Sea and the Blue Mountains.” 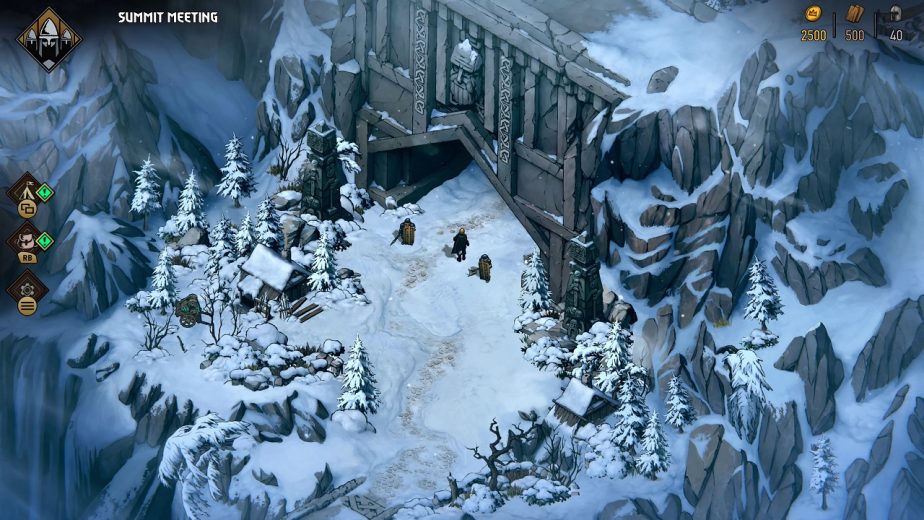 In the context of the Witcher world, Mahakam is a small vassal state of Temeria. It is to be found between Temeria, Aedirn, Lyria, Rivia, and Sodden. In addition to being the homeland of the dwarves and gnomes, it is the biggest exporter of iron to both Nilfgaard and the Northern Realms; iron which is thought to have no equal in the rest of the world. Mahakam is nominally governed by the monarch of Temeria. However, in practice Mahakam is actually ruled by an elder who is appointed for life by the dwarf clans. At the time at which Thronebreaker takes place, this elder is likely to be Brouver Hoog. Dwelling in the dwarven capital of Mount Carbon, Hoog is a staunch and stubborn traditionalist. He is rarely ever mentioned, though Zoltan is no supporter of his.

It’s unknown what role the dwarves and gnomes of Mahakam will play in Thronebreaker: The Witcher Tales. The sole screenshot released of the region mentions Meve attending a “summit meeting”; possibly to discuss the dwarves’ entering the war against Nilfgaard.