Shortly after the release of the Cyberpunk 2077 E3 story trailer, CD Projekt Red began a new blog. Called the “Cyberpunk 2077 E3 2018 Trailer Frame by Frame”; the series is slowly working its way through the trailer and giving fans information about the different scenes and snippets which were shown. Episode 07, which was recently released, focuses on the Cyberpunk 2077 Cyberware.

The Cyberpunk 2077 Cyberware: Prosthetics and “RealSkinn”

As is immediately apparent from Cyberpunk 2077’s trailers, cybernetics are a major part of the setting. Almost every character shown appeared to have some form of cybernetic or other; artificial limbs, metallic skin, glowing eyes, or even more. As the blog explains, these enhancements have long since passed being purely practical; “Even though cybernetic prosthetics were originally developed for practical and medical purposes,” it states; “they’ve since become a matter of lifestyle choice. In 2077, cyberware has become as commonplace as tattoos and jewelry.” 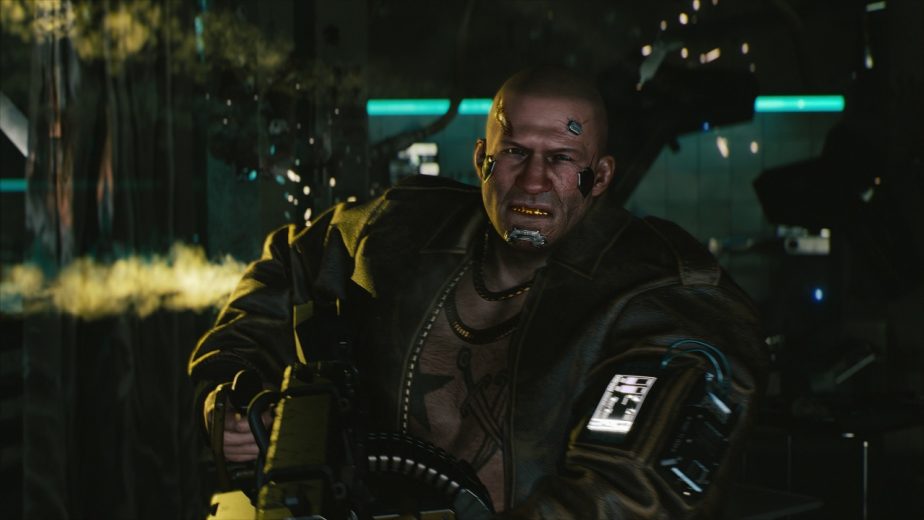 While fans have not yet seen how far the game’s cybernetics options go, it seems practically guaranteed that V will be able to get cyberware for themselves. “The reasons for installing it are many and varied,” continues the blog entry; “including simple tech upgrades, combat enhancements, and even fashion statements. The possession of trendy cyberware has become an integral and defining part of Night City culture. Uniqueness is just another form of currency. To make it big, you need to look the part. Style is everything.”

Given that description, it seems very likely that cyberware will play a role in relation to the game’s “Cool” stat. Unlike other physical abilities, the “Cool” stat is a measure of the character’s coolness, which will affect interactions with other characters and potentially a lot more besides. Finally, the blog made a brief mention of “RealSkinn”. This invention appears to be the reason why people in Night City appear like normal, hiding cybernetics under the surface. RealSkinn synthetic skin; designed to hide cybernetics. Assuming that its use is widespread; it could be that many people in Night City are far more artificially modified than they appear.