Normally when you think of an in-game exploit you think of someone giving themselves a clear unfair advantage. This is typically something along the lines of an aimbot or an out-of-bounds glitch. However, the latest exploit to hit Rainbow Six Siege involves one team directly affecting the performance of the enemy team. Due to its unique nature, this exploit has been coined as the Bird Box glitch.

In case you’re not aware, there’s a new Netflix movie out called Bird Box starring Sandra Bullock. The movie involves supernatural creatures who can drive people insane simply by looking at them. Now, Rainbow Six Siege’s Bird Box glitch obviously isn’t that severe. When you see what the glitch does, though, it’s easy to understand how it got its name. 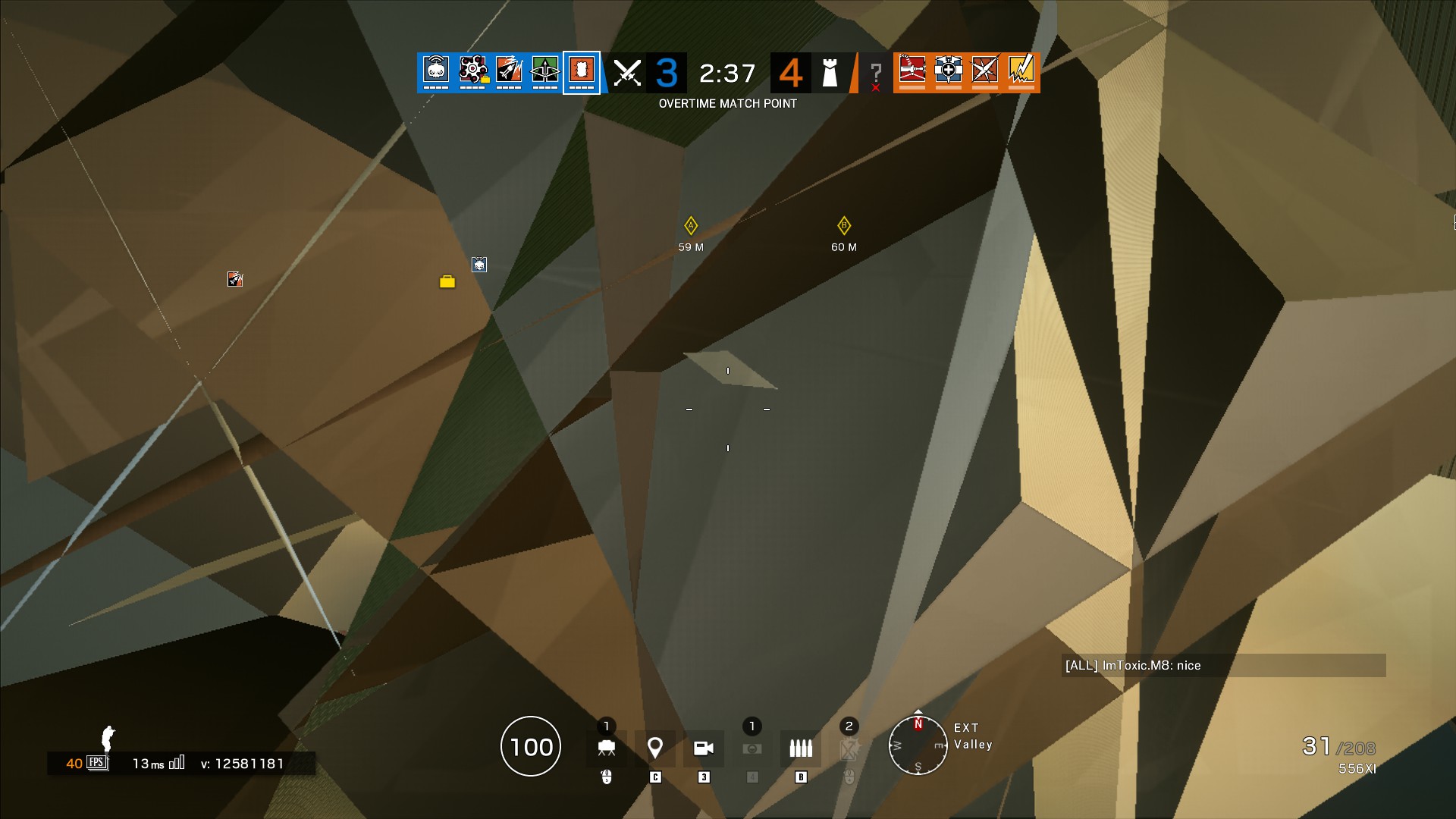 The glitch basically involves one team tricking another team into looking at a certain spot on their bombsite. If the glitch is done correctly, the affected team’s vision becomes permanently distorted, rendering them helpless. To see just how crazy the Bird Box glitch can get, be sure to watch the below video from MicrowaveGaming:

Several fixes for the glitch are being circulated, but none of them seem to be permanent catch-all solutions. Some have said adjusting a video setting like anti-aliasing or shadow quality can fix the glitch sometimes. Others have said that merely swapping to your character’s sidearm is enough to clear the distortion.

As of this writing, Ubisoft hasn’t officially responded to reports of the Bird Box glitch. Hopefully the reason for that is because the studio is actively working on a more permanent fix. In the meantime, just be wary when playing competitive matches in Rainbow Six Siege.