While Fallout 76’s many new multiplayer mechanics are receiving plenty of attention, one aspect which is also a very important new addition are the Fallout 76 survival mechanics. For the first time, players will need to manage thirst, hunger, and more as they explore Appalachia.

The Fallout 76 multiplayer features are undoubtedly the biggest change to the series. However, players will likely spend much more time dealing with the new survival mechanics than with other players; especially as Bethesda has said that running into other players will be a rare occurrence. Although survival aspects make perfect sense in the Fallout setting, and some mods have implemented survival systems in previous games, actual survival mechanics have never featured in a Fallout title. Players have been able to eat, drink, sleep, etc. in previous games. However, these have never had a major effect on gameplay besides recovering health. When it comes to the Fallout 76 survival mechanics, players will need to manage hunger, thirst, rest, and equipment degradation. 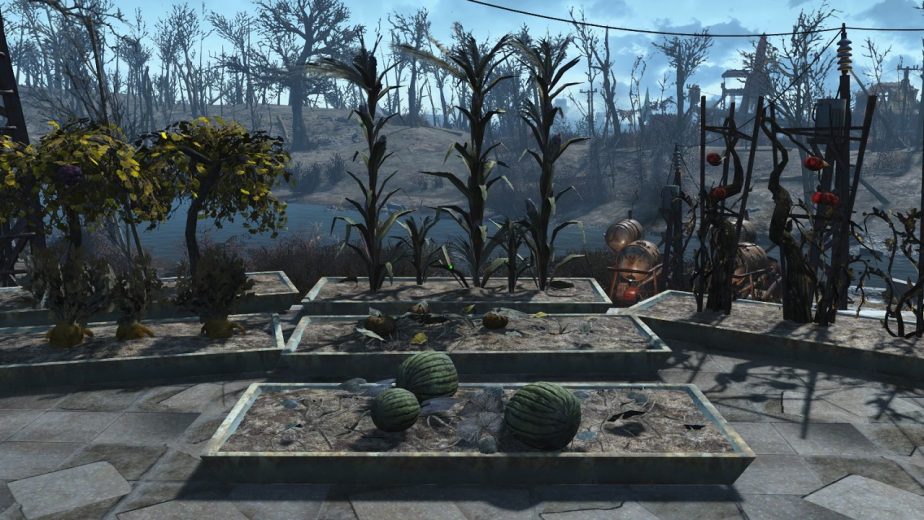 “Maintain yourself and your equipment for peak efficiency,” explains Bethesda; “Collect bonuses by staying Well Rested, Well Fed, Well Tuned and Hydrated, but be careful to avoid catching Diseases and Mutations in the process by avoiding radiation, sleeping in safe beds, eating cooked food, and drinking clean water.”

Perhaps the most important aspect of the new survival mechanics is a feature which actually has appeared in previous titles; equipment degradation. A version of this system did appear in Fallout: New Vegas, but not in Fallout 4. It is now a part of the larger Fallout 76 survival mechanics; “Your equipment breaks down with use,” continues Bethesda; “encouraging both the periodic repair of your favourite items as well as the motivation to try out new ones you find. All items have weight, including ammunition, so careful management of carry capacity becomes important. All these survival elements combine to provide a variety of gameplay decisions to find the right balance of what to collect, what to consume, and when.”