Fallout 76 is just over one month away from release. In fact, anyone who’s already pre-ordered the game will get the chance to play it by the end of October in the game’s beta. With gameplay footage set to release online tomorrow, Pete Hines has been answering fan questions about the upcoming title. In several recent Tweets, the Bethesda VP addressed the Fallout 76 loot system, quests, and camps. 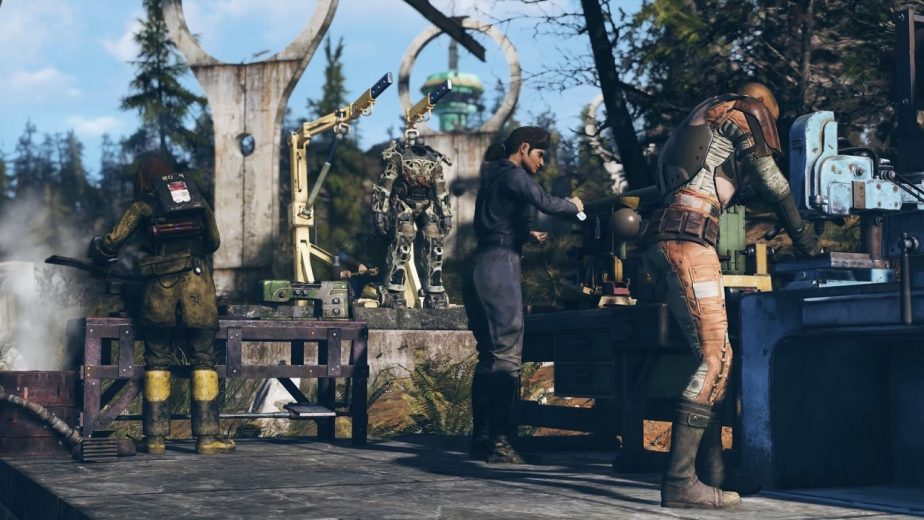 The first question Hines answered concerns the Fallout 76 loot system. Fans already know a bit about the game’s loot mechanics thanks to Hines, who has discussed it before; loot will spawn randomly, and every player will have their own instances of loot. As a result, nobody will be able to claim loot before you get a chance to. To the question of whether loot in Fallout 76 will replenish, Hines explains that the game will automatically refill areas with fresh loot. He wouldn’t say exactly how much time needs to pass, but he did say that it would only be “several hours.”

no. it is not dependent on you. it's set inside the world and things wouldn't respawn for several hours (no, I'm not telling you how many)

Another fan asked Hines about the game’s C.A.M.P. system. This feature allows players to quickly build and dismantle bases around a central, movable workbench. Specifically, Hines was asked what would happen if a player sets up their base, then returns to the game later and finds another player who has built their own base on the same spot. According to Hines, the C.A.M.P. would automatically pack up their base. However, he also notes that due to the world size, instances of this should be rare.

their base would be packed up into their C.A.M.P. and they'd have to pick a new location. given the size of the world and the number of locations you can build in, hopefully it won't happen very often

Finally, a fan asked Hines what would happen to players who die during a quest. Given that players won’t reload checkpoints in the same way as in previous Fallout games, they wondered whether players would still need to save. Hines answered that the player would have to restart the quest from wherever they wind up respawning; at no point will players manually save their game, as progress will be constantly saved by Bethesda.

You’d have to pick it back up wherever you respawn. You don’t save. Game progress is continuously updated and saved by us