Thus far, Bethesda has not released a complete version of the Fallout 76 map. Glimpses of it have been seen in promotional materials, and a simple version of it was shown in one trailer. However, a full map complete with all in-game locations has yet to be revealed. Fans have been attempting to construct their best guess of the map, but in the meanwhile, we do know about its six different regions.

The Six Regions of the Fallout 76 Map

According to Todd Howard, who said as much during Bethesda’s E3 presentation; the Fallout 76 map is supposedly four times the size of that of Fallout 4. Given that the world needs to support “dozens” of players, the expanded size makes sense. The other key difference is that the map’s six regions each have their own unique aesthetic. Whereas Fallout 3, New Vegas, and 4’s worlds were mostly the same sort of blasted wasteland, West Virginia’s wasteland will be a bit more diverse. Various details can be gleaned from the different trailers and NoClip’s Fallout documentaries about what each region will be like. A full list of every confirmed location in Fallout 76 can be found here. 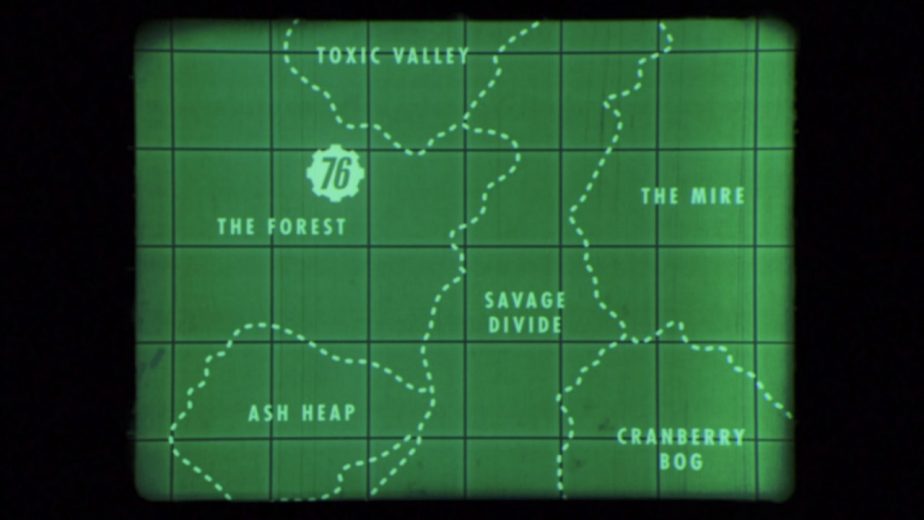 The Ash Heap contains a huge, hollowed-out mountain filled with mines. The huge industrial excavators seen in one trailer are most likely located here. Other parts of the region are soaked with chemicals that leaked from nearby factories. The settlements of Beckley, Bramwell, Lewisburg, and Welch are known to appear in Ash Heap. Vault 63 is also located here.

Briefly glimpsed in trailers, the Cranberry Bog is a mutated take on the real-world Cranberry Glades; five bogs found in West Virginia. Little is known about this region at present, but it is clearly home to wildly mutated flora. 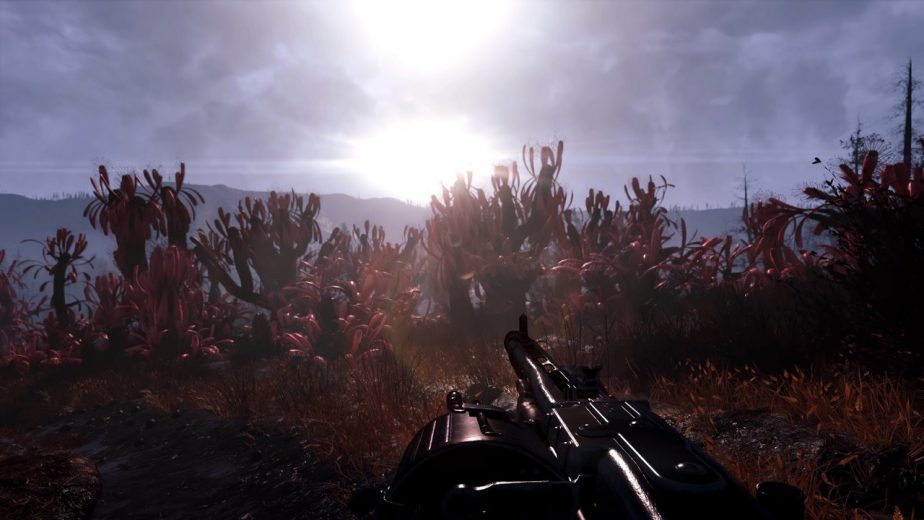 This region is the starting area for Fallout 76. Vault 76 opens into this region, and the sight of it should be familiar to fans by now; this is where the rolling, verdant hills which have featured in many trailers are located. Unlike some of the other regions, The Forest appears to have escaped the Great War relatively unscathed by radiation. In game terms, that may well translate to lower-difficulty enemies. The cities of Charleston, Morgantown, Point Pleasant, Summersville, and White Sulphur Springs are all confirmed to be found here. Point Pleasant is particularly noteworthy for being the place where the Mothman was first spotted. Similarly, Flatwoods, the site where the Flatwoods Monster was seen, is also here.

Not much is known about The Mire so far. This swampy region is known to contain the settlements of Watoga and Harper’s Ferry, but very little else has been confirmed about it. 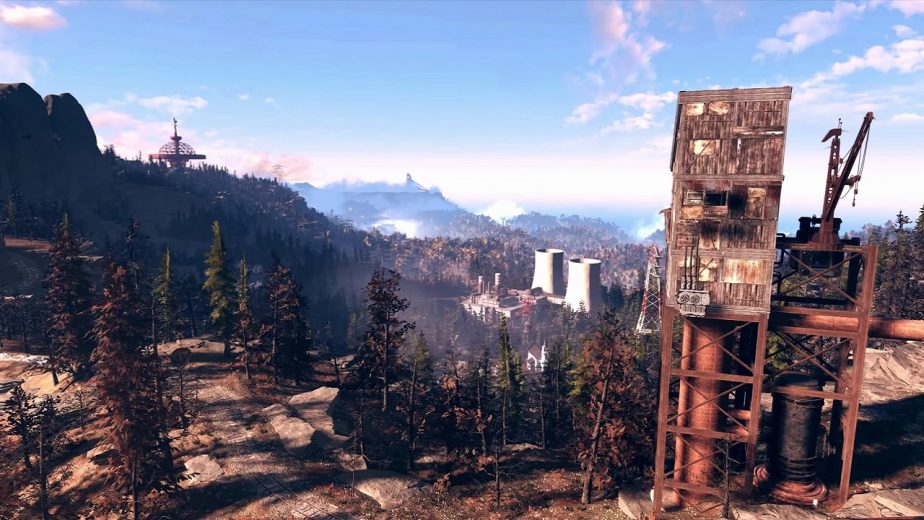 This region is a mountainous desert, possibly similar to parts of Fallout: New Vegas’ landscape. Relatively little is known about it. It will likely be a difficult obstacle for players to cross to get from the eastern regions to the west, and vice versa.

While there are some regions which have featured little in promotional materials thus far, the Toxic Valley has barely featured at all. Details are few and far between about this region, but is expected to be the most heavily-irradiated part of the map. In contrast with the Forest, this is likely where the game’s most dangerous enemies can be found. It has been confirmed to contain the crash site of a downed space station.