Thus far, fans of the Fallout series haven’t been given a whole lot of information regarding the game’s setting. Or at least, that’s what you might have thought. As usual, when a challenge is posed to the internet, people will go above and beyond to complete it. In this case, fans are scouring the various trailers, gameplay clips, and other promotional materials in an effort to assemble a map of Fallout 76’s world.

Update 6 for the #Fallout76 map. Now with more confirmation and extra speculation. Lots of new offical locations added in and more likely locations with help from a lot of different people. pic.twitter.com/n3FdB6wbzp

Sources for the Fan-Made Fallout 76 Map

For these dedicated cartographic sleuths, the best sources are the game’s E3 trailers and “The Making of Fallout 76“; a documentary about the game which was made by Noclip, and which features numerous clips of gameplay. So far, Bethesda has not shown fans a detailed look at the game’s map, only a vague overview which highlighted the rough geographical features and six key regions; Toxic Valley, The Mire, Savage Divide, Cranberry Bog, Ash Heap, and The Forest. Fans have been able to use this rough map, together with stills of an in-progress version of the map taken from the documentary, to assemble an unofficial fan-made map of Fallout 76.

Update #6 of the Fan-Made Map

At present, this map is up to its 6th iteration, as fans continue to unearth and add more or make improvements. Many locations marked on the map are fairly speculative, based on real-world locations. Some towns and sites are confirmed to feature in Fallout 76. Morgantown and Charleston, for example. The other locations which have been tentatively added to the map are mostly based on real-world sites; anywhere fans suspect might feature in some form or another. For example, fans believe that Vault-Tec University, a location spotted in the game, is based on West Virginia University. 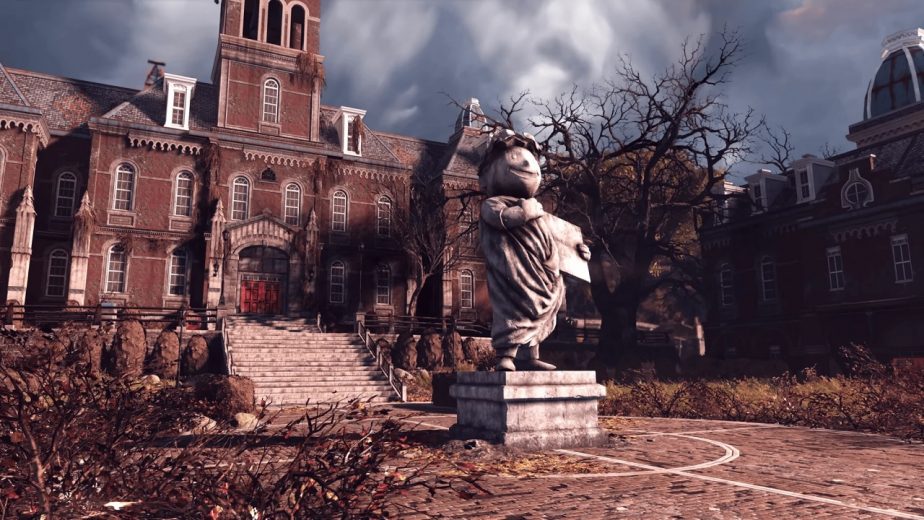 Bethesda has stated that Fallout 76 will be four times the size of Fallout 4. If that is so, then the game’s map should be roughly 16 square miles. West Virginia is, of course, far larger than that. As a result, it seems likely that the distances between real-world locations will be significantly reduced. It’s unknown as of yet when, if at all, Bethesda will reveal the actual complete map. A physical, glow-in-the-dark copy of the map is known to feature in the game’s Power Armor Edition. In the meantime, fans may not get a look at the official map until the public beta begins.