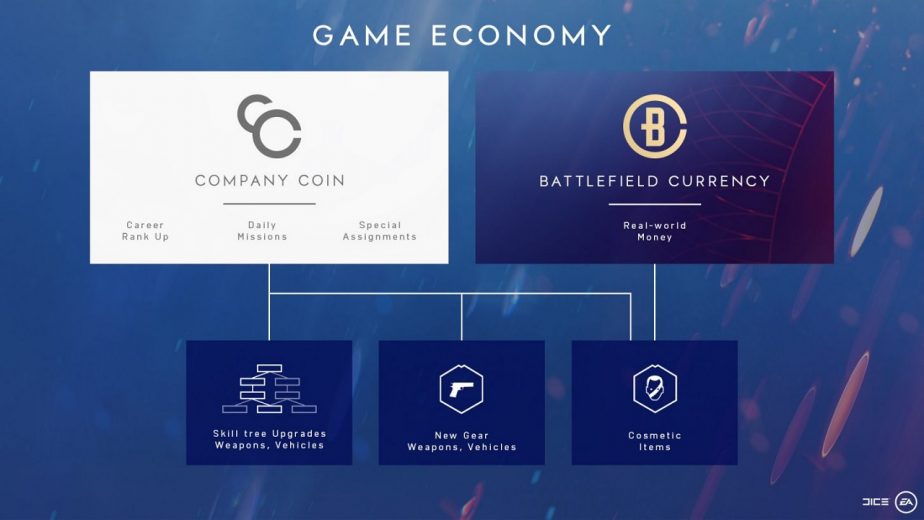 The Battlefield 5 Currency for Micro-Transactions Could Arrive in January

This latest leak was posted to Reddit by Redditor Spanky008. Of course, it’s impossible to verify whether this information is true at this stage. As such, fans should take it with a grain of salt. However, if it is true, then the screenshot appears to give fans an idea of what the Battlefield Currency will cost and when it will become available. The screenshot seems to be of a product listing of a digital code for 6000 of the upcoming Battlefield Currency. Presumably, different amounts of the Currency will be available to purchase when it does go live. Fans should bear in mind that EA and DICE have unequivocally stated that Battlefield Currency can only be spent on cosmetic items; there shouldn’t be any pay-to-win issues for Battlefield 5 when the currency does go live. 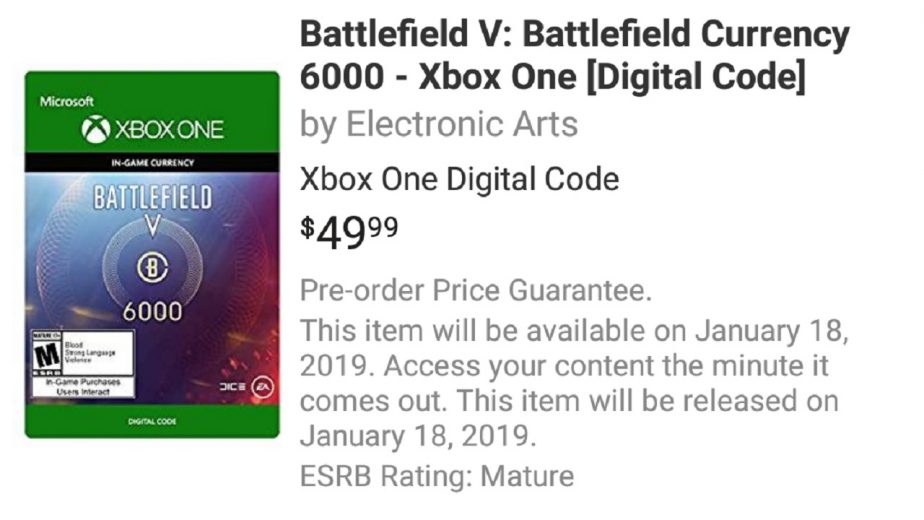 The 6000 amount would presumably be one of the larger packs available. According to the leak, it will cost $49.99. The leak also suggests that Battlefield 5 Currency will become available on the 18th of January. The date and timing is certainly feasible; if anything, it’s surprising that EA has waited this long to implement a Battlefield 5 currency for micro-transactions which can be bought with real money. It’s impossible to know whether the price is accurate, however. It certainly could be – the price is hardly out of the range of some other micro-transaction currencies. However, even if the leak proves mostly accurate, the $49.99 amount could be a placeholder, or could be altered between now and the launch.

Additionally, there are sometimes discrepancies in costs for digital codes of this nature. Digital codes sold by Amazon for the Fallout 76 Atom currency are currently much more expensive on PS4 than on Xbox One, for example. As such, it’s possible that the price isn’t representative of what it might cost elsewhere. Fans will have to wait until January to see whether this leak does prove to be correct.