Although it’s a smaller mobile title, The Elder Scrolls: Blades was nevertheless one of the more intriguing, and certainly unexpected, announcements to come from Bethesda at E3 2018. The Elder Scrolls mobile RPG is much larger and more ambitious than Fallout Shelter, and features some impressive cross-platform integration. It has now been announced that Bethesda will be giving a presentation about the game’s development at the 2019 Game Developers Conference, which will take place in March.

The Elder Scrolls: Blades will be Bethesda’s largest mobile project when it releases. Footage shown during E3 and since has given fans a sense of the game as a true RPG; albeit pared down somewhat for mobile optimisation. The game has a story, casting players as a member of the Blades in Cyrodiil, long before the events of Oblivion and Skyrim. Perhaps most interestingly, the game will be available on both mobile and PC, with full VR support, and features cross-play across all platforms. It also features PvP, a variety of dungeon-crawling modes, and a full soundtrack written by Inon Zur. 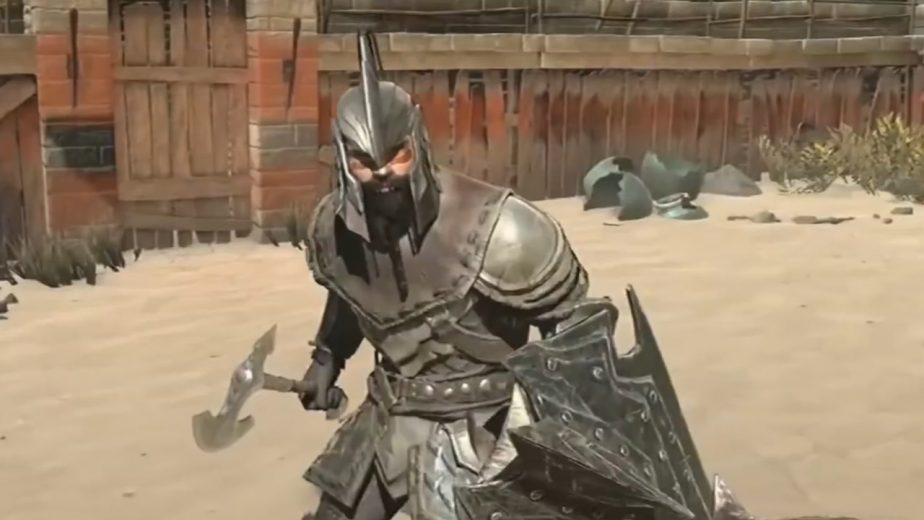 The game’s release date, however, has been nebulous for some time now; most recently, the release window was delayed to “early 2019,” and no exact date has yet been announced. As such, it’s unknown whether the game will release before or after GDC 2019. Bethesda’s presentation will be part of the conference’s UX Summit, taking place on the 18th of March. At the event, Marie Jasmin, a Bethesda UI Designer and former UI Team Lead for Ubisoft, will present; “Building the Interface of ‘The Elder Scrolls: Blades’ in Landscape and Portrait.”

It sounds as though the presentation will focus on the game’s ability to play in both landscape and portrait orientation; one of the technical features for mobile highlighted by Todd Howard during the studio’s E3 presentation. Not only will the game work just as well in both orientations, but it can transition seamlessly from one to the other during gameplay. It sounds as though the presentation will give some interesting insight into how Bethesda approached designing upcoming mobile game.