Fans are still waiting patiently for news on the release date of Cyberpunk 2077. CD Projekt Red, however, seems quite content to keep that information under wraps as they continue development, but nonetheless continue to release new titbits of information. The latest comes from a recent interview which the game’s Lead Cinematic Animator gave with a French publication. He discussed how the developers were building the setting of Night City; revealing that the entire setting is being hand-built by CD Projekt Red.

The Difficulty With Establishing the Size of Night City

Maciej Pietras, the Lead Cinematic Animator for Cyberpunk 2077, was recently interviewed by French media outlet JeuxActu. During the interview, Pietras spoke about the process of building Night City. In fact, it was during this same interview that he revealed that the game will include cats and dogs. Following that, Pietras answers how the size of the world compares with that of The Witcher 3: Wild Hunt. According to the lead developer, it isn’t easy to compare the two directly. 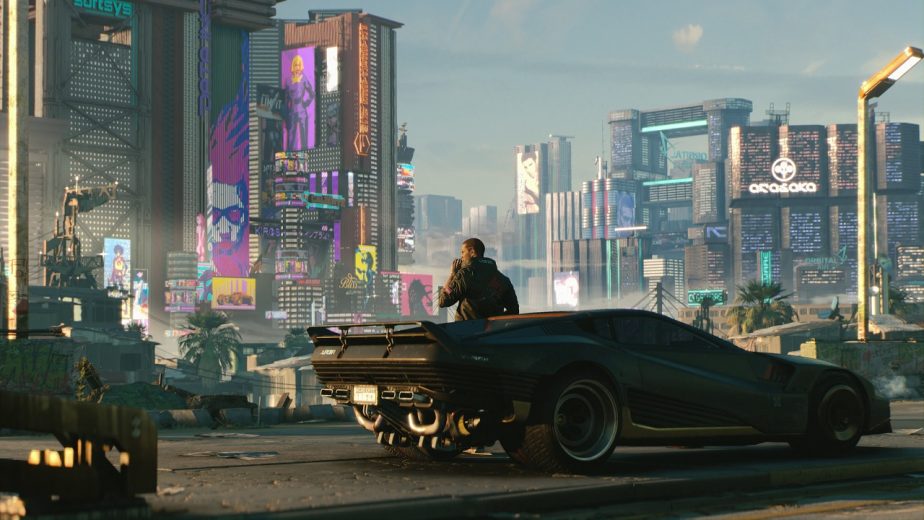 “Measuring the size of the open world of Cyberpunk 2077 is difficult,” he explains; “To compare it to The Witcher 3, let’s say that the world of the latter was very vast in its length. It was an open world made of very large natural landscapes. Going from Point A to Point B took a lot of time, because you were riding, but also because it was a game that stretched horizontally. The world of Cyberpunk 2077 is above all a vertical world, with buildings everywhere, and in this, it is difficult for us to establish a metric comparison.”

As he continues with his answer, Pietras mentions something very interesting about how the developers are constructing the city. Namely, that the game won’t include any procedurally-generated elements. Everything in Night City will have been built by hand when players do at last get to explore it; “In the demo,” says Pietras; “you saw the main character waking up in his apartment, looking out his window and seeing a living world. To go out, take the elevator, you can see that there are several floors in a building. The game will allow you to enter many buildings, knowing that everything was done by hand, because we believe that quality comes first through manual creation; nothing is procedural in our world.”