A recent retweet has prompted widespread speculation from fans of Cyberpunk 2077. The official Cyberpunk 2077 Twitter account recently retweeted a tweet posted by Lady Gaga; not only that, but a particularly bizarre tweet from 2012. The puzzling retweet has caused fans to wonder whether CD Projekt Red could be cryptically hinting that Lady Gaga might feature in the Cyberpunk 2077 soundtrack.

Back in late September, the official Cyberpunk 2077 Twitter account decided to retweet a tweet posted by Lady Gaga on the 6th of November, all the way back in 2012. The original tweet was simply a long string of random capital letters and exclamation marks. Cyberpunk 2077 cryptically responded; “Of course! Of course we will!”

Of course! Of course we will! 😎

The bizarre exchange has, of course, prompted all manner of speculation from fans. The prevailing theory is that Lady Gaga could be one of the musicians collaborating with CD Projekt Red on the Cyberpunk 2077 soundtrack; it’s known that a number of musicians have worked on original songs for the setting of Night City, although the identities of most of those people are well-kept secrets. Lady Gaga would certainly be a very high-profile person indeed to contribute to the soundtrack. 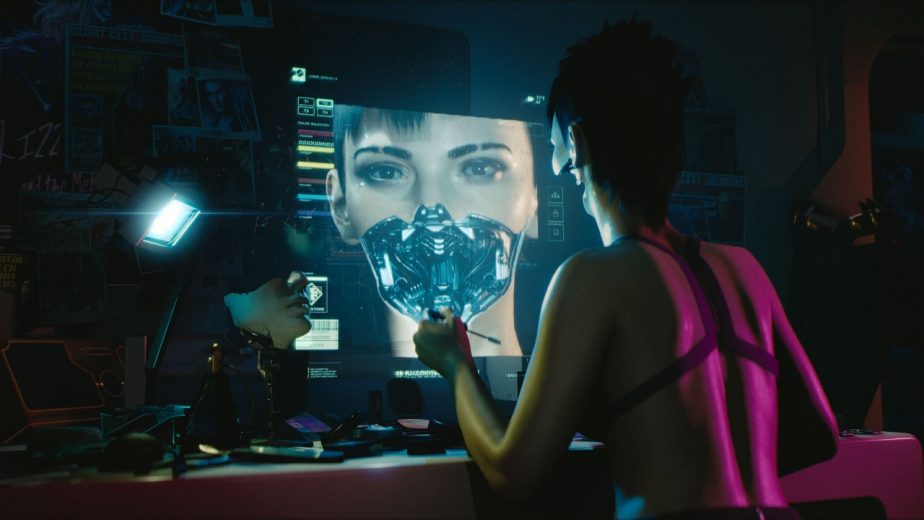 It’s unknown when fans might see any more of Cyberpunk 2077. After the release of 47 minutes of gameplay footage, CD Projekt Red has gone relatively quiet; most likely because the game is still in development and they don’t want to release too much work-in-progress footage. Nevertheless, there are rumours abounding that the game could release sometime in mid-to-late 2019. A senior developer recently confirmed that the game is being developed to release on current-gen consoles, rather than the next-generation. As such, it might not be too long before the studio is comfortable releasing more news or information about the game. As for whether Lady Gaga really could feature in the Cyberpunk 2077 soundtrack; it’s certainly possible, but this strange exchange on Twitter could also be something else entirely