Red Dead Redemption 2 looks phenomenal. From this week’s trailer, to exclusive previews releasing from major outlets, it seems that the marketing bandwagon has started at full speed. With only 5 months until launch, we’re so close to getting a game 8 years in the making. As a roundup of all of the exclusive previews, we’ve constructed a list of all the most exciting features in Red Dead Redemption 2 that will be coming to the game on October 26, 2018.

In Red Dead Redemption 2, you play as Arthur Morgan, an enforcer in the Van der Linde gang ran by Red Dead Redemption’s Dutch Van der Linde. You play as Dutch’s right-hand man, and your task is to hunt and feed the camp, alongside everyone else’s jobs. You do not play as multiple characters, Rockstar has confirmed. Morgan also acts as a “mediator” between gang members in a conflict. Arthur puts the gang first, as they had a major influence on him from a “young age”.

Red Dead Redemption 2 focuses heavily on player choice for each mission and encounter you come across. “We try to give you options within a lot of these missions to choose how you approach it, whether you’ll send your buddies in first or whether you’ll go in first.” You can choose how you interact with the gang too, but expect them to react accordingly to your decisions, and interacting with them effectively will result in job and mission invites. We do not know yet if the choices will affect narrative, but they will affect gameplay and cutscenes.

Rockstar Games want to keep the world of the game and the player’s actions interconnected. You don’t just play as Arthur Morgan, you live as him. Everything you do has consequences. You can read more about this in our article on how life goes on without you in Red Dead Redemption 2.

Wildlife is a major part of the game – they hunt each other and do their own thing instead of being there just for you to kill them. IGN described murdering a deer as horrifically unpleasant and heartbreaking, as they had to put down the deer that they had injured with an arrow to the leg. These corpses will actually decay overtime after death. As you kill wildlife, their corpses will actually begin to get rotten if you don’t get it back to the encampment on time. If you decide to sell the meat to a butcher then you get more or less money depending on the condition of the body, and how you killed it. 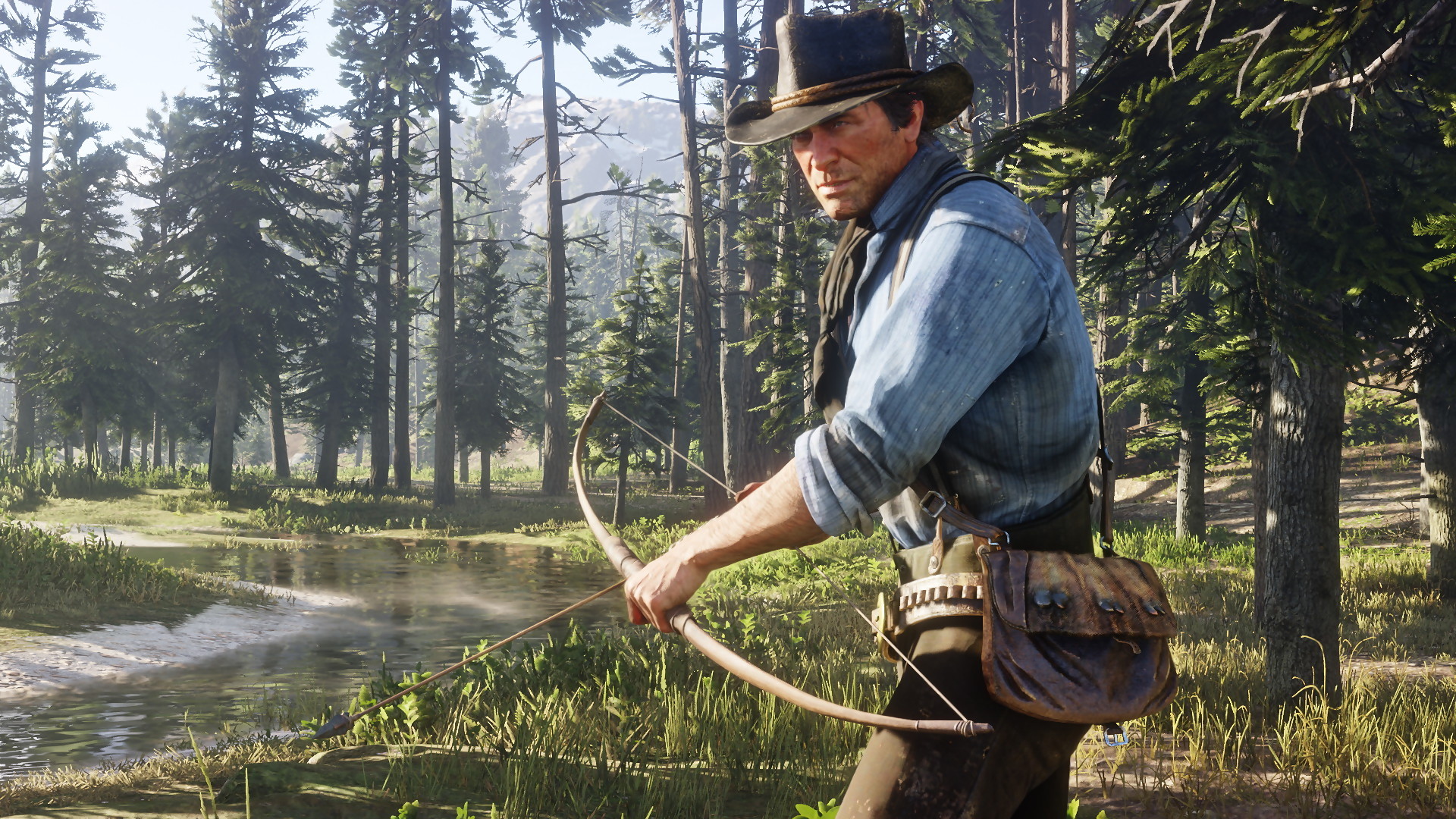 Horses are just as intricate. According to IGN, different horse breeds have “different personalities” and react to the terrain, gunplay and environment differently depending on breed and how trained they are. Untrained horses are completely unpredictable. You can tie trophies to your horse or skin them first. These skinning animations are as gruesome as the previous game. Realistically, you can only whistle for your horse if it is in a close proximity to you.

Dead Eye returns in Red Dead Redemption 2, and is described as extremely similar to the first game. The screen goes sepia, and you can select targets to fire at in slow motion.

An ambitious announcement through the Telegraph preview mentioned that Arthur can interact with every single character he comes across. The game has been in development for 8 years, much longer than that of Grand Theft Auto V, so it’s no surprise that Rockstar are going big with it. The map is the biggest and most dense map ever in a Rockstar game, which is nice to hear. 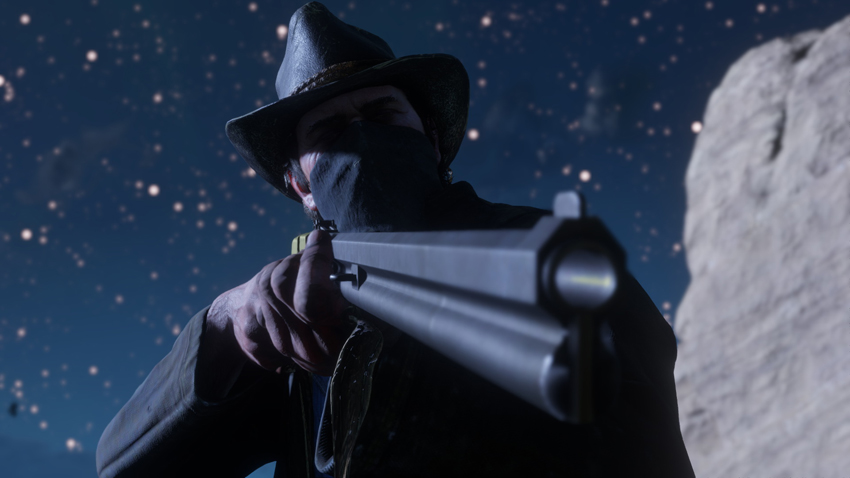 The honour system returns and will affect the environment as it did before in the original Red Dead Redemption. Bad deeds and criminal actions will make you lose honour, and vise versa.

According to most previews, Rockstar have “blurred the line” between story and gameplay, there is no break or cutscene to trigger missions. While the HUD was turned off for all the demos, The Telegraph noted that the circular mini-map will be returning.

Outlet Jeuxactu revealed that the game will feature real-time hair growth. As you play the game, Arthur Morgan’s hair and facial hair will grow as time passes. You can choose to cut it, or leave it. If you cut it specifically to make a mustache or a specific beard type, you’ll have to wait for it to grow back before changing it. This is similar to what The Witcher 3: Wild Hunt tried to achieve, and it’s amazing to see the dedication from Rockstar’s part. 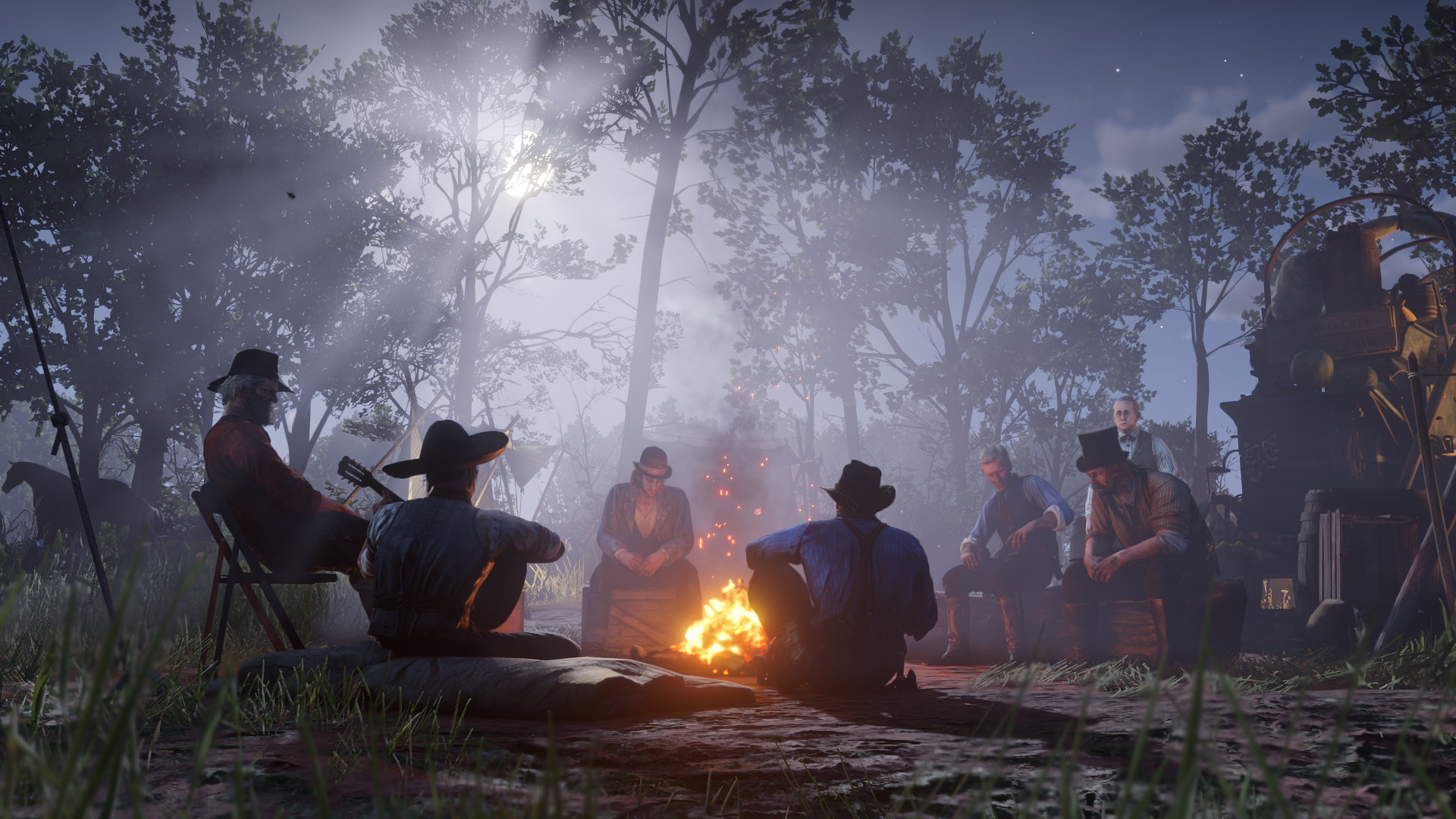 There is a weapon wheel, and you can upgrade your weapons. Alongside that, heavy weapons can be carried on horses – but there is a limit to what the horse can carry at any time. Dynamic events in the game also occur – at one point GamePro spotted people building a ranch, and according to Rockstar that ranch may very well become finished later on if they are not disturbed by the player.

Duels are back, which was a no-brainer. Trains carry weapons and can be raided.

Finally, all of the screenshots you have seen of the game have been run on a regular PS4 at 1080p resolution. Red Dead Redemption 2 is a game that has consolidated every Rockstar studio together into it and taken 8 years to develop. It’s going to be a good one. Everyeye expect Rockstar to present gameplay in late June to early July, so watch our page for that.