With the recent release of the first chapter of Battlefield 5’s Tides of War post-launch content calendar, Overture, players now have a new map available for Conquest mode. The new Battlefield 5 Panzerstorm map is set in Belgium and is one of the game’s largest, matching Hamada for size and scale. The map is based on the historical Battle of Hannut, part of the Battle of Belgium which took place in 1940. At the time, it was the largest tank battle to ever take place. 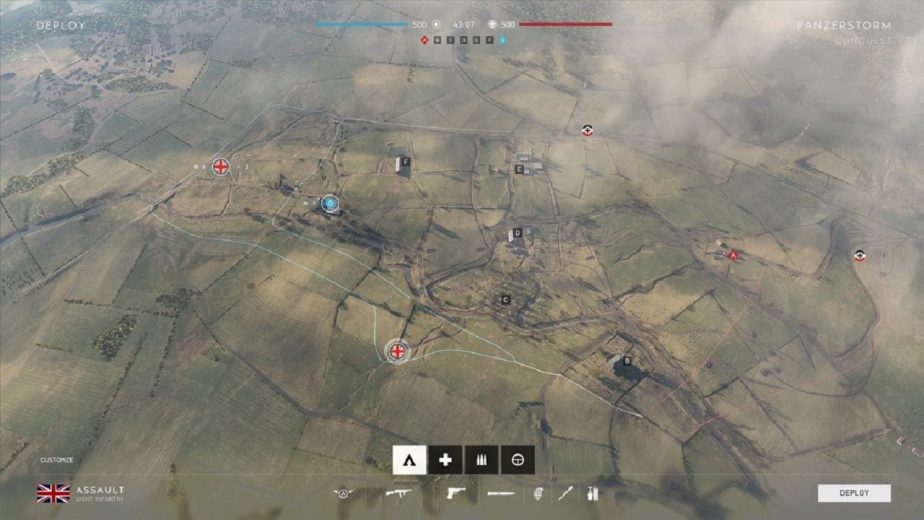 The Battlefield 5 Panzerstorm map is the game’s ninth, and the first to be set in Belgium. The map’s size falls into DICE’s “Very Large” bracket, making it joint largest in the game alongside Hamada. The pace of gameplay in Panzerstorm is faster than in Hamada, however, thanks to the greater number of vehicles. Both Aircraft and Tanks feature in Panzerstorm, but the emphasis really is on Tanks in a significant way. Up to 17 tanks can be active on the map at once, more than any other map. As a result, Panzerstorm is dominated by vehicle combat, with infantry often playing the role of anti-tank skirmishers.

Prelude to the Battle of Hannut

As stated by DICE, the new Panzerstorm map is inspired by the Battle of Hannut, a famous battle from the early years of the Second World War. Hannut took place at the climax of the Battle of Belgium; the German invasion of Belgium which lasted just eighteen days in May of 1940. At Hannut, German forces faced resistance from French defenders in what was at the time the largest tank battle ever; almost 1,200 tanks took part in the enormous three-day battle! 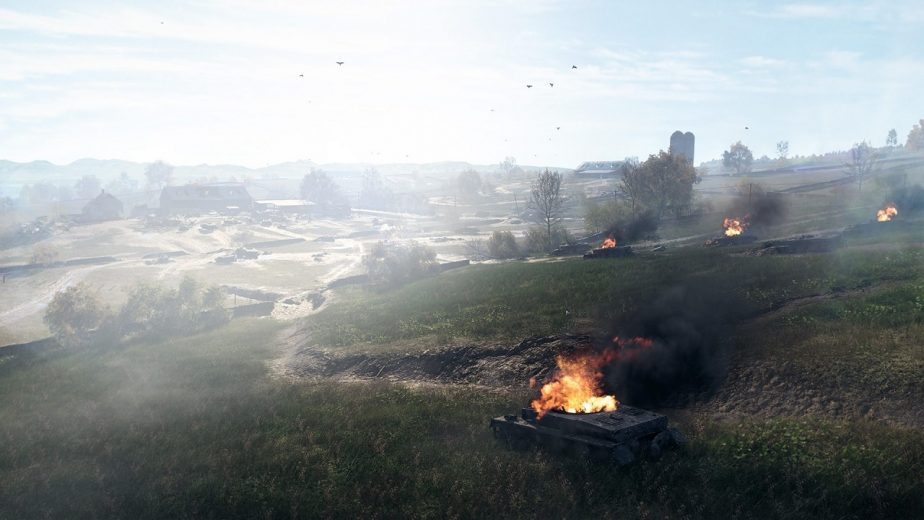 With German forces preparing to invade Belgium, General Maurice Gamelin, supreme commander of the Allied forces, dispatched the French First Army into the country. The army boasted a fully mechanised Cavalry Corps and had orders to bolster the Belgian defence. However, Belgium, the Netherlands, and Luxembourg were all officially neutral at that stage of the war; they would remain so until the Germans invaded. As a result, there was no time for the French to dig in along the Belgians’ defences. To buy them time, the Cavalry Corps were ordered to delay the German advance. Meanwhile, the Germans were preparing to launch a spearhead with two entire Panzer divisions to break the Allied lines prematurely.

Prior to the Battle of Hannut, the Allied forces had around 520 tanks and armoured cars and over 20,000 infantry. On the German side there were 618 tanks and over 25,000 infantry. While the numbers were close, the Germans had some distinct advantages; they had much more artillery support, as well as hundreds of Luftwaffe bombers and fighter planes. The air force was so large that it included over 1,200 aircraft, more than the number of tanks on both sides! 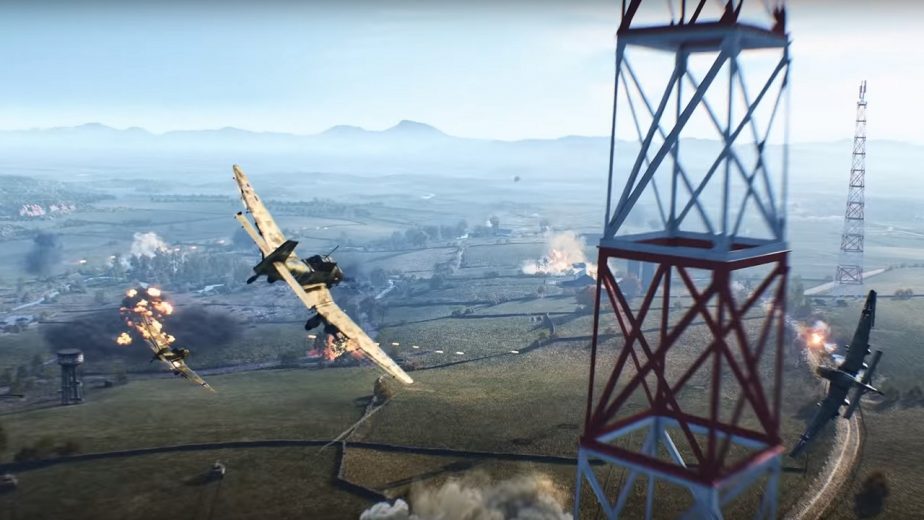 The Battle of Hannut

Concerned by the threat of the Luftwaffe and the scale of the German tank forces; French commander René Prioux made a pivotal mistake. Falling back to join incoming reinforcements before the battle, he chose a battlefield which offered relatively little anti-tank defences. The French army’s own cavalry manual, written in 1939, considered a near identical example and advised retreat, but Prioux instead dug in his forces with his reinforcements arriving shortly after to shore up the line.

The next day, the German forces arrived and immediately moved to attack, rushing to seize Hannut. While the German infantry and artillery hurried to catch up, tanks from both sides began to skirmish. Throughout the day, a major tank battle took place all around Hannut, with aircraft from both sides flying hundreds of sorties. The battle lasted well into the night. At that stage, the French forces seemed to be winning. 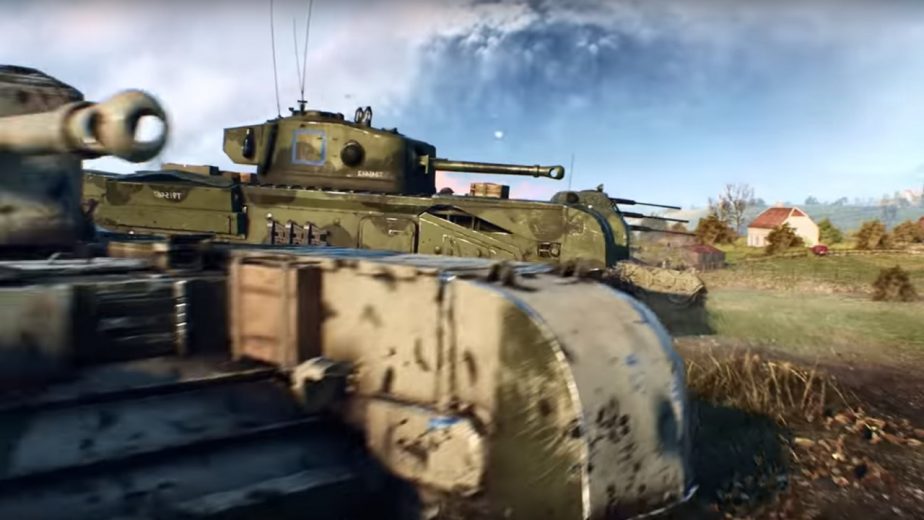 The Germans launched more tank assaults throughout the 13th of May, and the fighting moved back and forth, all across the region around Hannut. However, Prioux’s choice of battlefield and defensive layout was beginning to cause problems. The French forces began to get outmanoeuvred and pinned down at several points. The fighting was fiercest around Orp, where the French succeeded in repulsing a massed force of Panzers. Shortly after, the fighting came to a head nearby at Medorp, where dozens of tanks were disabled or destroyed. The Battle of Hannut came to an end the next day, on the 14th of May. Although the Germans were able to break through the French lines at one stage, a successful rearguard action bought time for the French to regroup. The fighting remained inconclusive.

The End of the Battle of Hannut

The following day, the French First Army finished digging in, completing the objective which the Cavalry Corps had been sent to buy time for. The Cavalry Corps thus fell back to Gembloux and prepared for the next battle. Overall, the result was unclear, with both sides suffering losses. However, defeat of the First Army would have changed the course of the war drastically; the army would go on to delay the Germans at the Siege of Lille, buying time for the pivotal British evacuations at Dunkirk later that month.