Hamada is one of eight different maps which will feature in Battlefield 5 at launch. Of the eight Battlefield 5 maps, a few featured during the Beta. Players haven’t had the chance to play on some other maps yet, including Hamada. DICE has previously pointed to this map as one of the largest in the upcoming game; larger than any map from the Beta, like Narvik or Rotterdam.

“‘Hamada’ is Arabic for a barren landscape of gravel and bare rock,” explains DICE; “and it perfectly describes the map. A towering aqueduct-like bridge spans the dry ravine, one of the few signs that remain of a once-thriving civilisation. There was life here, once, too – now all lies in ruins and rubble, ground to dust beneath tank treads and infantry boots.” 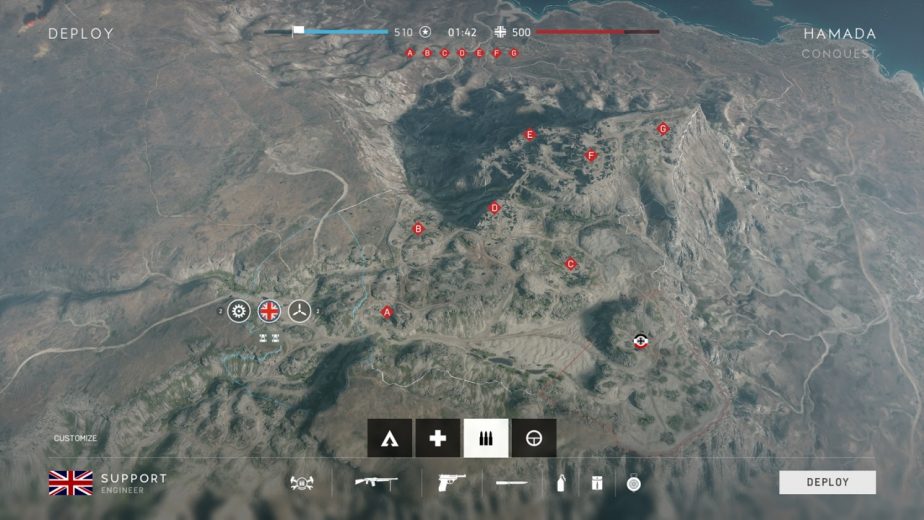 Hamada is set in North Africa, somewhere between the nations of Egypt and Libya during 1941-42. The overview published by DICE about the map in the game’s Conquest mode details that it will feature infantry, tanks, and aircraft. Its size is “Very Large,” making it a serious contender for Battlefield 5’s largest map. It’s even larger than Twisted Steel. The studio describes the map’s tempo as “Moderate.”

“Can’t wait to leap into the cockpit of a fighter plane or behind the turret of a tank?” says DICE; “This Battlefield 5 map is made for you. Ferocious vehicle combat is the focus of this all-out warfare map, but you’ll also need boots on the ground to take and hold the objectives. Infantry will need to focus on what scant cover they can find on the lower elevations, and head to the high ground to really make a difference. And speaking of heights, the flyable space on this map is immense, making it perfect for both intense dogfights and deadly strafing runs.”

Hamada is available for the Airborne, Breakthrough, Conquest, Domination, Frontlines, and Team Deathmatch game modes. The map also plays a part as the day one and two map during the North Africa Grand Operation.