Of all the gameplay elements which make the Fallout series distinct from other RPGs, there are few as iconic as VATS. First introduced to the series with Fallout 3, the VATS system gave players an alternate way to play a first-person shooter. Instead of relying on real-time accuracy and shooting, they could slow time to queue up percentage-based shots at different parts of their opponents. With the series now entering new territory with multiplayer, Fallout 76 VATS has had to make some changes. Journalists and others recently got the first chance to try the game out at a press event at The Greenbrier, and thus, get the first hands-on experience with the new VATS system.

Fallout 76 VATS: How the System has Changed

Fallout fans first heard about some of the changes to VATS around four months ago, when Geoff Keighley spoke with Todd Howard about the game. Howard explained that VATS would no longer slow time. Instead, it would be real-time, though it would still allow players to shoot in much the same way; “It doesn’t slow time,” he said; “but it lets you target and pick parts and all of that, but it’s in real-time. It still works great. It’s different, obviously, because it’s real-time, but the basics of it, which are, ‘I can’t really – I’m not that good of a twitch shooter’ … You can kind of picture how it works. Like, I’m not as good at lining up someone and getting a head shot, but I’ve made my character good at VATS, and now I can do that.” 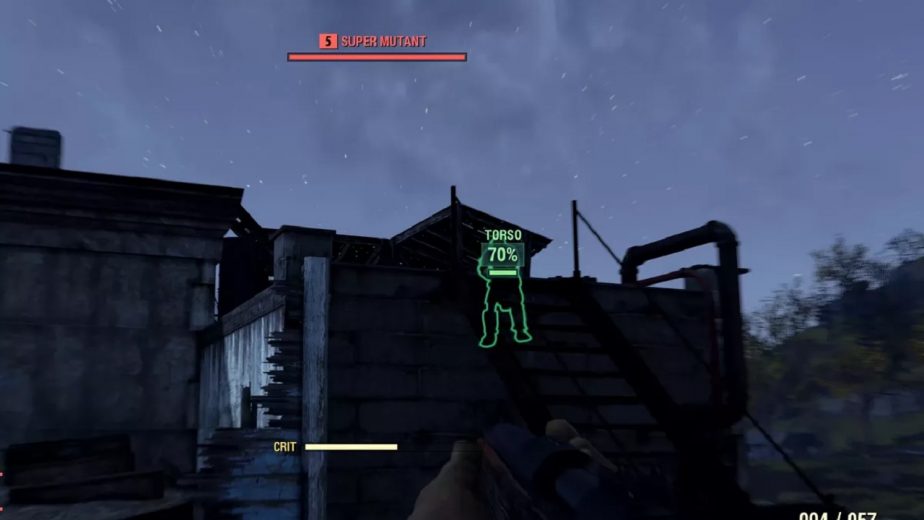 While Howard first spoke about the changes months ago, Bethesda has shown no gameplay of VATS in action until now. As such, fans haven’t known exactly what the changes looked like in practice. Obviously, VATS presents a problem for multiplayer; if VATS lets a player significantly slow down time, then every time somebody used VATS it would forcibly slow down every other player’s gameplay. The two elements weren’t compatible without changing VATS. As such, it may feel less central in Fallout 76. Players can still use it to pinpoint enemies, cycle through body parts, and take automatic, percentage-based shots. However, it all takes place in real-time. Similarly, there are no longer cinematic shots of hits as they are made.

Some fans may be unhappy about the changes, but it’s hard to see how Bethesda would have done it any other way. Hopefully Howard was right and the system is still a useful aid for players who don’t consider themselves good twitch shooters.