After you fight your way through the launch site during the Mission: Countdown quest you are able to launch your first nuke. Now it’s time to venture out to where it landed. The Fallout 76 Death From Above main quest follows on from any time that you complete Mission: Countdown and leads you into one of the game’s most dangerous areas.

How to Complete the Fallout 76 Death From Above Main Quest

When you launch a nuke in Fallout 76 the nuclear silo you fired it from will automatically lock down. This state lasts for around 3 hours, making it impossible to launch another nuke from that site during that period. Shortly after the launch, any players in the target area will receive a warning, giving them enough time to flee the area before the missile hits. When it does, anyone unfortunate enough to have remained will be annihilated, along with any C.A.M.P.s and Workshop structures. 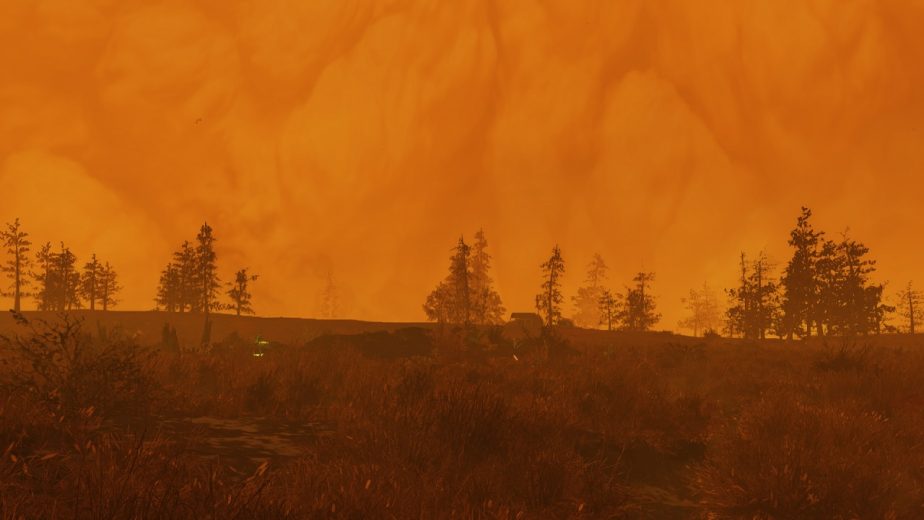 Now it’s time to start the Fallout 76 Death From Above main quest. The blast radius of the nuke transforms the Appalachian landscape into a burning and irradiated hellscape, filled with high-level monsters and loot. You’ll need a Hazmat Suit or other serious form of radiation protection to dare to enter one of these zones, as the entire area will be heavily irradiated. These areas contain rare resources which cannot be found anywhere else. As such, the Death From Above quest is vital for late-game resource harvesting.

Of course, collecting those resources won’t be easy. Expect to face ghouls, Deathclaws, and other high-level mutants, along with irradiated animals and insects. These temporary blast zones are some of the most dangerous sites in all of Fallout 76. They also often contain Scorchbeasts. Indeed, if you choose to launch a nuke at one of the game’s Fissure Sites, you can provoke a special final main quest; Scorched Earth. This quest includes the secret final boss of Fallout 76!