CD Projekt Red recently held the first ever live-stream of their upcoming Gwent RPG; Thronebreaker: The Witcher Tales. That live-stream featured around 40 minutes of gameplay and commentary from the game’s director and principal writer. Now, the studio has released a standalone Thronebreaker walkthrough video. The 37-minute play-through showcases much of the same part of the game as the live-stream, although it does progress a bit further.

Last week’s Thronebreaker live-stream was hosted by Paweł Burza, the studio’s Community Manager. Burza interviewed both Mateusz Tomaszkiewicz, the Game Director of Thronebreaker, and Jakub Szamałek, the Lead Writer. Throughout the interview and discussion, the three showed one of the game’s early stages, set in the region of Lyria. The new video takes the same portion of gameplay, but plays through it again for 37 minutes. It features less commentary, with what commentary there is focused mainly on explanation of the game’s new features. Although much of the gameplay shown is the same, the new Thronebreaker walkthrough progresses slightly further through Lyria, and also makes some alternate choices.

The walkthrough ends with a scene which the live-stream didn’t reach; a conversation between Queen Meve and Eyck of Denesle, following their battle against the manticore. Eyck is a character from the original Witcher novels who has never before featured in a CD Projekt Red Witcher game. 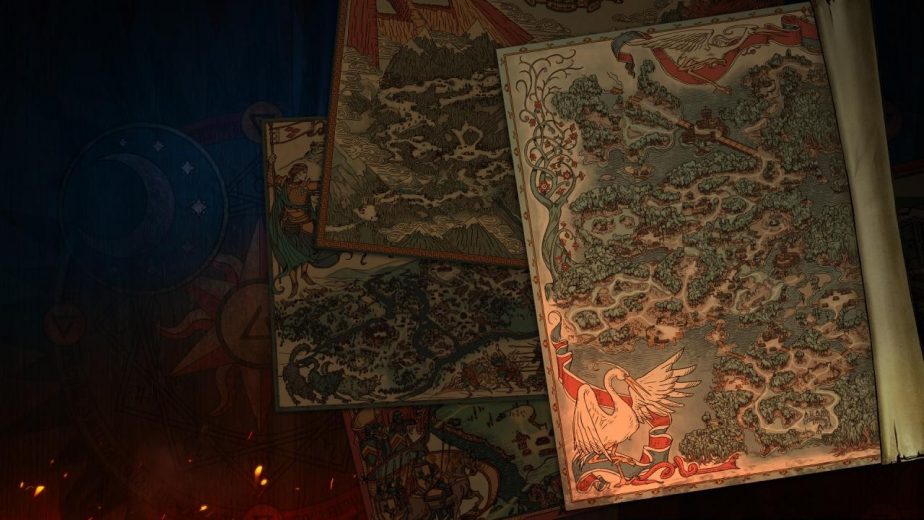 Thronebreaker: The Witcher Tales is due to release later this month on PC, where it is available via GOG.com. The Gwent RPG will be launching on consoles in the first week of December. While the walkthrough video gives players a glimpse of the game’s first region, Lyria, Thronebreaker actually features five separate regions. These include Aedirn, returning for the first time since The Witcher 2: Assassins of Kings, and three which have before featured in a Witcher game; Rivia, Angren, and the dwarven homeland of Mahakam.