Bethesda is planning to release the next DLC for The Elder Scrolls Online later this year. Murkmire is the second of two expansions to appear at E3. The first, Wolfhunter, was recently released. The Elder Scrolls Online Murkmire will be a larger region DLC, and according to Bethesda, will let players explore the history of the Argonian race; something which the Argonians themselves apparently couldn’t care less about.

Matt Firor, the President of ZeniMax Online, who oversees the Elder Scrolls Online, recently spoke to PCGamesN at Gamescom 2018. On the subject of Murkmire, Firor gave fans some insight into Argonian culture. “This is the first time people have seen Argonians in Argonian culture,” he explains; “and they’re weird. I don’t know how else to put it. Their philosophy is very much ‘now’. Live today, don’t worry about tomorrow, but especially don’t worry about the past.” 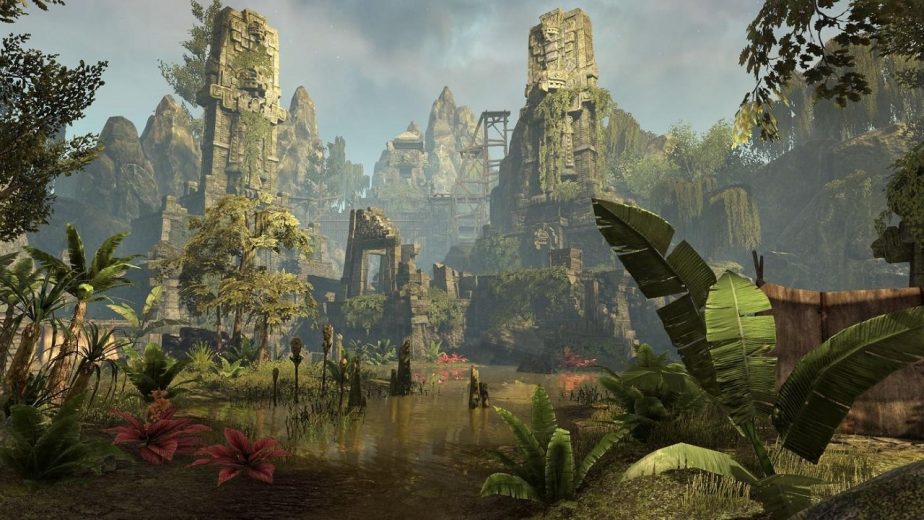 As was revealed in a demo of Murkmire which took place during QuakeCon, that makes them less than helpful to the DLC’s story. Players will be joining the Cyrodiilic Collections Agency; a museum-like organization which seeks to collect historical relics and other things of scholarly interest. “The story, of course, is they have to worry about the past.” continues Firor; “It’s like Indiana Jones, you’re trying to find an artifact from the history of Black Marsh. And the Argonians don’t really care. They don’t want to help you, because what’s passed is past, and they’re just worried about today.”

At present, the Elder Scrolls Online Murkmire DLC has no release date. Bethesda didn’t reveal the release date of Wolfhunter until relatively close to the expansion’s launch. However, given the larger size of Murkmire, it’s possible that they may announce it sooner. Given that the DLC is very likely to launch on the game’s PTS servers ahead of its full public release, fans should have plenty of warning.