CD Projekt Red has launched their latest Gwent Special Arena Mode; the first for the newly-launched Season of the Warrior. Following on from Nilfgaard’s victory over Skellige in the latest Faction Challenge, this new mode places Nilfgaard front and centre. Entitled “Entertainment at Court,” the event requires participants to use only Nilfgaard cards.

CD Projekt Red has typically launched a Special Arena Mode at the start of each new season, adopting the theme of the winner of the end-of-season faction challenge. Last month, the studio had Law of the Jungle, where players could only create Monster decks. The event coincided with the start of the Season of the Draconid, and followed the Monster victory over the Scoia’tael in the previous Faction Challenge. The latest Faction Challenge pitted Skellige against Nilfgaard, and ended with a Nilfgaard victory. Hence why the new Special Arena Mode takes players to the Nilfgaardian imperial court. 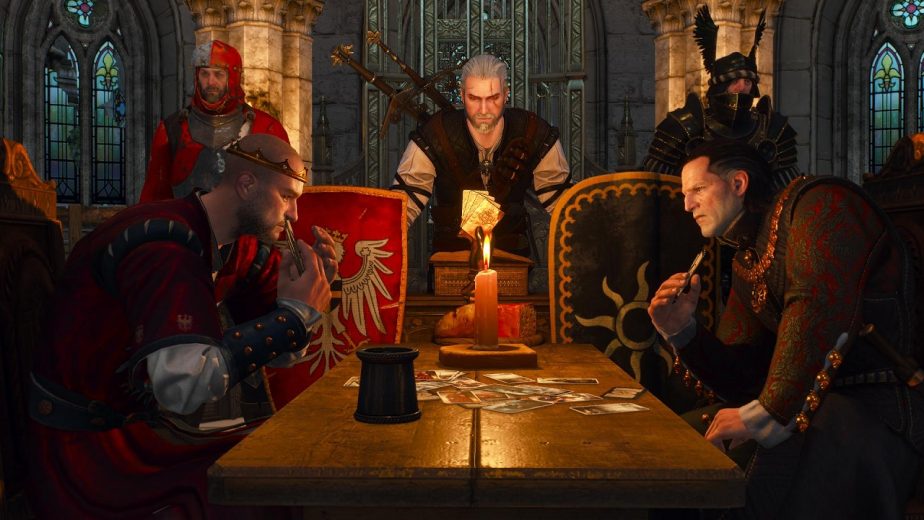 “You’re cordially invited to the Imperial court!” states the update on the official Gwent website; “Bring your best manners… and a sword, or two. In this Special Arena Mode you will be able to create your decks with Nilfgaard cards only. The event will last till Wednesday, September 12th, 12 PM (noon) CEST. Good luck and have fun!” The Entertainment at Court can be accessed by Gwent players through the game’s menu. It should be a great opportunity for players who favor a Nilfgaard deck to show off their abilities against rival Nilfgaard fans.

CD Projekt Red recently unveiled the long-awaited Project Homecoming expansion for Gwent: The Witcher card game. Showcased during the fourth Gwent Challenger tournament, Homecoming will be a major revamp of the card game, with both visual and gameplay revisions. The planned story mode, Thronebreaker, was also recently rebranded as a standalone RPG. It will reportedly feature over 30 hours of story content.