Speaking in a recent interview with GamingBolt, Level Designer Miles Tost of CD Projekt Red spoke about several things to do with Cyberpunk 2077. One particularly interesting detail which he spoke about was the Cyberpunk 2077 Night City Police Force; a major faction in the upcoming game which has yet to be shown in any significant capacity. According to Tost, the police won’t be “a pushover.”

Representatives of CD Projekt Red have, on several occasions, highlighted how alive the setting of Night City will feel. One major aspect of most RPGs or open-world titles, especially those set in cities, are the police. Police or guard mechanics are a key part in titles ranging from GTA V to Skyrim to Assassin’s Creed: Odyssey. In a massive city setting like Night City, the police were always going to be an important faction, especially given the freedom which players will have. It seems unlikely that V will be a compulsively law-abiding citizen, after all. 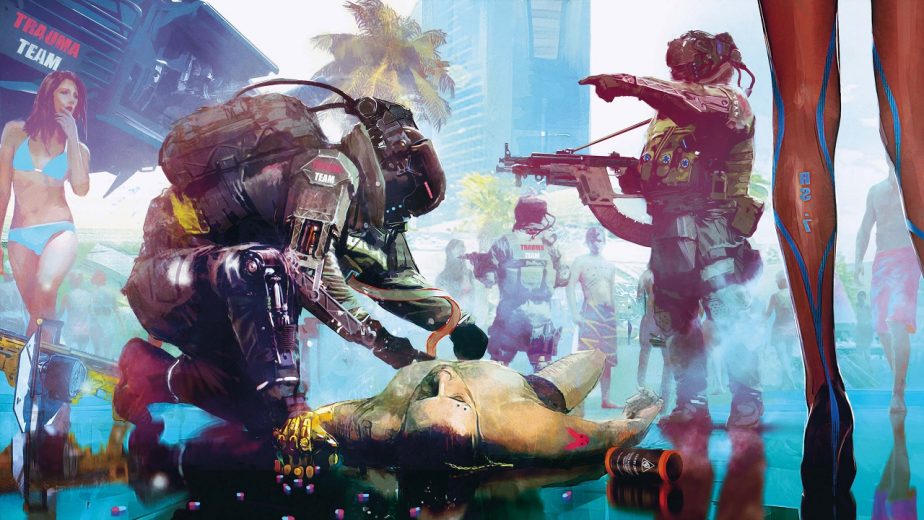 However, despite the importance of the Night City police, they have barely been shown so far. The police were shown in the original Cyberpunk 2077 teaser from 2013. However, those old designs are likely to be quite different now. During the gameplay demo, fans got to see corporate security forces and the private military/medical group, Trauma Team. However, we only got brief looks at the police. Tost doesn’t go into much detail himself, but he does make one thing clear; “It’s really important to us to portray a world that you feel a part of,” he says; “so naturally, the world also has to react to your presence. Regarding this particular example, let me just say the Night City police don’t react lightly to people stepping out of the line. Their cyber implants, as well as advanced weaponry make them not a pushover, either.”

A police force with high-tech weaponry and cybernetics is certainly likely to put GTA V’s cops to shame! It remains to be seen exactly how dangerous they will be, or what the penalties will be for lawbreaking. Will the police simply kill V on sight, or will they be sent to prison, fined, etc.? Fans will have to wait and see.