Recently featured in a two-hour live-stream hosted by Creative Assembly, Yuan Shao is one of the twelve playable heroes which gamers can choose between for the Total War: Three Kingdoms campaign. A major figure in the early years of the era, Yuan Shao was the leader of the coalition against Dong Zhuo; a coalition which has recently collapsed. Fans can see the Dragon of the Yuan in Cao Cao’s character trailer, where he appears as the coalition leader. However, while he may have been an indecisive and arrogant leader in history, gamers now have the chance to take control of Yuan Shao themselves and write a new story for the doomed warlord. 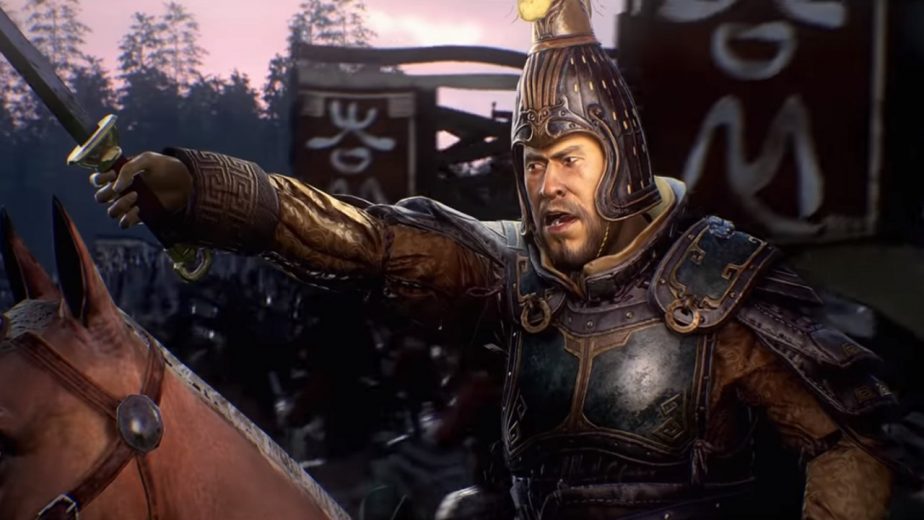 Like Liu Bei, Liu Biao, Cao Cao, and Yuan Shu, Yuan Shao is a hero of the Commander class. This is the most common class among the playable heroes, and makes him an inspiring and authoritative leader, though not necessarily a great fighter. He is a military leader first and foremost, and boasts an impressive unique ability; he can recruit retinues led by army captains rather than generals. This allows him to quickly expand his armies in a way that other factions cannot. Moreover, if he is the army leader, these retinues benefit from a cost reduction.

Yuan Shao isn’t merely skilled as an army leader however. Thanks to his ‘lineage’ mechanic, he can exert his charisma and ancestry to gain leadership benefits. When he forges an alliance or leads his armies in the field, he gains lineage, and he can spend this lineage to pacify regions he conquers more quickly than normal. He also has the ability to form an alliance from the beginning of the game. Most other factions must wait until they reach a certain rank before they can do this. His half-brother, Yuan Shu, is the only other leader who has this ability. Because of this, Yuan Shao is at his best when he has allies. Diplomacy is vital to a successful campaign for him. 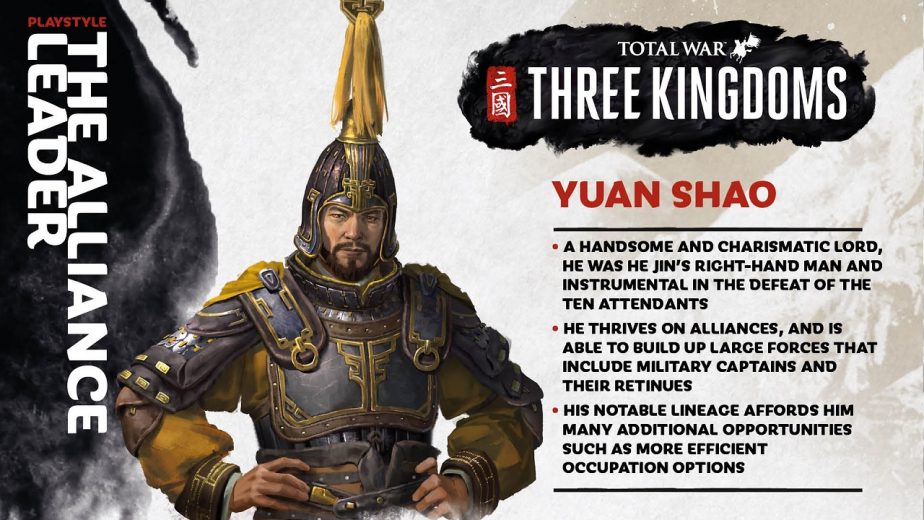 Yuan Shao begins play in Wei Commandery, a safe starting area with easy access to farmlands and other resources. Unlike many of the other heroes, he doesn’t start under any significant immediate threat, likely making him one of the easier heroes to start a campaign as. Of course, as he expands, he will likely come into conflict with Dong Zhuo, Cao Cao, or Yuan Shu, among others. His initial dilemma concerns a conflict between Gongsun Zan and Han Fu; both of whom are seeking Yuan Shao’s aid.

The Decline of Yuan Shao

Yuan Shao played a major part in defeating the corrupt Ten Attendants, who attempted to control the emperor. Dong Zhuo attempted to enlist his aid in his subsequent plan to dethrone the emperor, but Yuan Shao firmly disagreed. It was Cao Cao who persuaded the warlord to call for a coalition against Dong Zhuo; the two of them had both protested to the seizure of Luoyang by the new tyrant. Unfortunately, after initial successes, the coalition fractured after Liu Yu, the man proposed as the rightful emperor, declined the offer of the position. 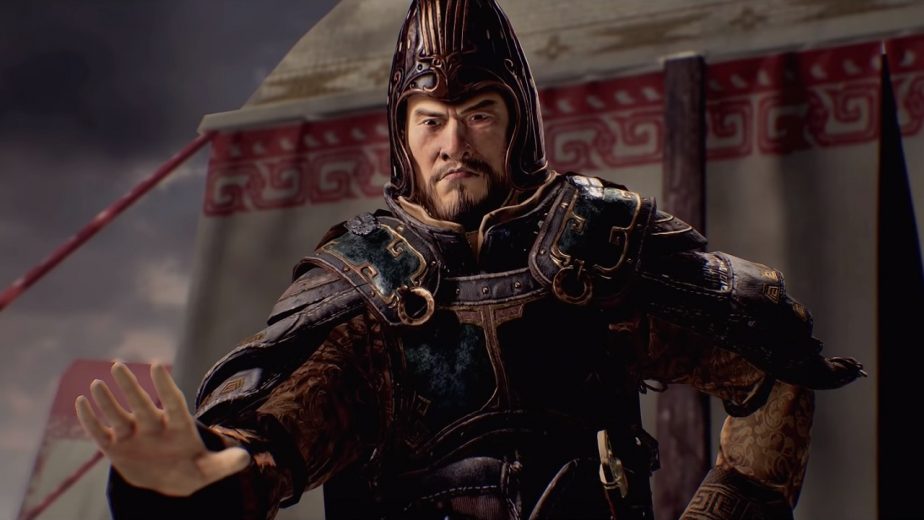 Historically, Yuan Shao then became embroiled in conflicts against Sun Jian and Gongsun Zan. Allying with Liu Biao against Yuan Shu, he would go on to effectively annihilate Gongsun Zan. However, while he was busy at war, Cao Cao had outmanoeuvred him and taken control of the court of Emperor Xian. Refusing to accept Cao Cao’s dominance, he went to war with the new General-in-Chief and his former friend. After a three-year conflict, he was never able to turn the tide and died in 202. His remaining forces splintered without his leadership.

Creative Assembly have so far revealed four of Yuan Shao’s special abilities, although they haven’t explained precisely what they all mean: