In a world where BioWare fans are feeling more vulnerable than a newborn babe, the decision to limit Anthem’s dialogue to two choices may not have been the smartest move. The reveal of the two-choice dialogue was first seen at this year’s PAX, where people were able to see your character speak to a few NPCs and vendors that were scattered around the game’s main hub, Tarsis.

The lack of dialogue wheel was also shown at BioWare’s panel during the convention, and while it wasn’t a surprise, it’s hard not to compare the variety of the dialogue wheel to the left and right trigger choices of Anthem’s dialogue. Furthermore, while it can be argued that there are choices involved, there just frankly doesn’t seem to be that many and it can be off-putting.

You can look at the lack of dialogue in the picture below, as well as linked here. 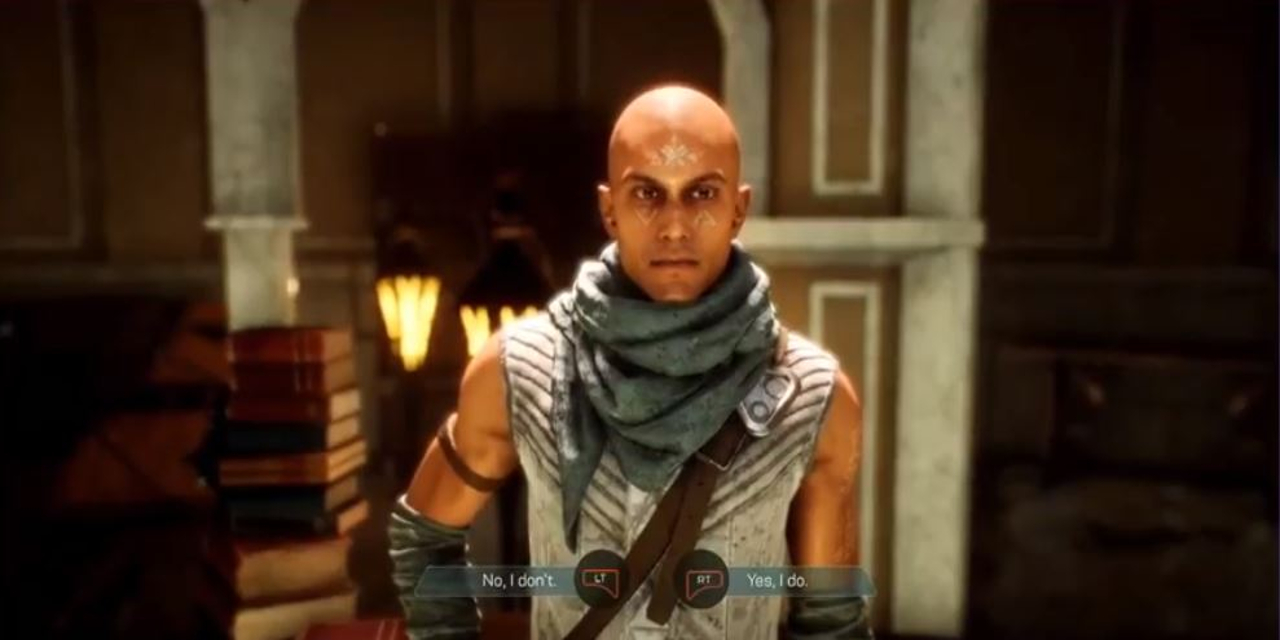 While it isn’t completely damning, we can understand the hesitation from BioWare fans (particularly those who love Dragon Age and Mass Effect) when it comes to Anthem’s choices. However, Mike Gamble, the studio’s producer, had this to say about how dialogue does convey choices.

“So you see, there are a left trigger and right trigger choice, so there is a choice in the game, and the choice will have consequences depending on who you talk to and when you do.” He continued. “As you play through the game you build relationships with your Agents and you learn more about who they are and their past. Tarsis will actually change based on mission progression.”

It sounds interesting, but we can’t help but wonder what amount of ‘change’ we’ll see as players. A simple change of dialogue, or something more? Unfortunately, we do not have any solid news on the connection between dialogue and the relationship you’re able to have with NPCs.

Nonetheless, we’re willing to wait and see what BioWare have in store for us when the game releases on the 22nd of February, 2019.